The “Black Gold” gapped higher due to Saturday’s attack on Saudi Aramco, one of the largest oil-producing drone attack on the Saudi Aramco’s oil facility – one of the world’s most important oil processing plant.

Observers fear further rise in prices in the near future if Saudi officials indicate a possibility of a prolonged (more than six weeks) production outage.

As far as technicals are concerned, the probability of further price rise would increase if prices find acceptance above $59.89 – the resistance of the trendline connecting Oct. 3 and April 23 highs.

Prices, however, may drop to the former resistance-turned-support of $58.73 (Sept. 10 high) if Saudi officials downplay fears of a prolonged outage. 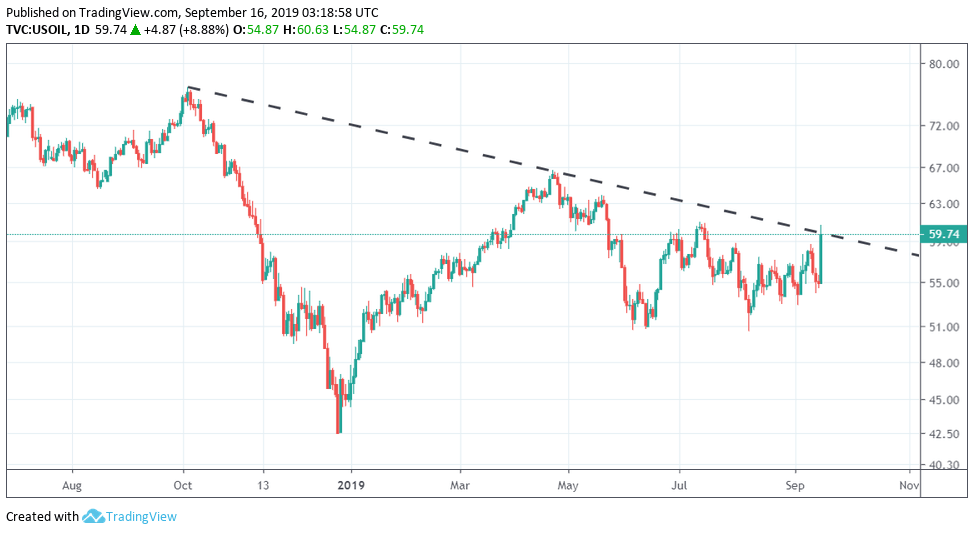 Get the 5 most predictable currency pairs
Previous ArticleUSD/IDR: Rupiah stalls sell-off after Bank Indonesia intervenes in bond market
Next Article US Official: Iran launched over dozen cruise missiles over 20 drones in attack on Saudi – ABC News