Latest
You are at:Home»Crypto News»XRP Price Prediction: Ripple gears up for a 73% bull rally

The XRP price is on the verge of flipping a resistance into support which could trigger a massive bull run.

The XRP price action from late November 2018 to date has formed an inverse head-and-shoulders. This pattern is a bottom reversal pattern, and a successful breakout hints at the start of a new uptrend.

The technical formation contains three valleys, with the center one forming the head and the ones at the extremes are known as shoulders. While the shoulders are of comparable depths, the head extends far lower.

The peaks of these valleys are all connected at the neckline. In Ripple’s case, it is a horizontal resistance level at $0.63. This setup’s target at $1.09 is determined by measuring the head’s depth from the right shoulder and adding it to the breakout point at $0.63.

At the time of writing, the XRP price pierced through the horizontal supply barrier but hasn’t closed above it yet. 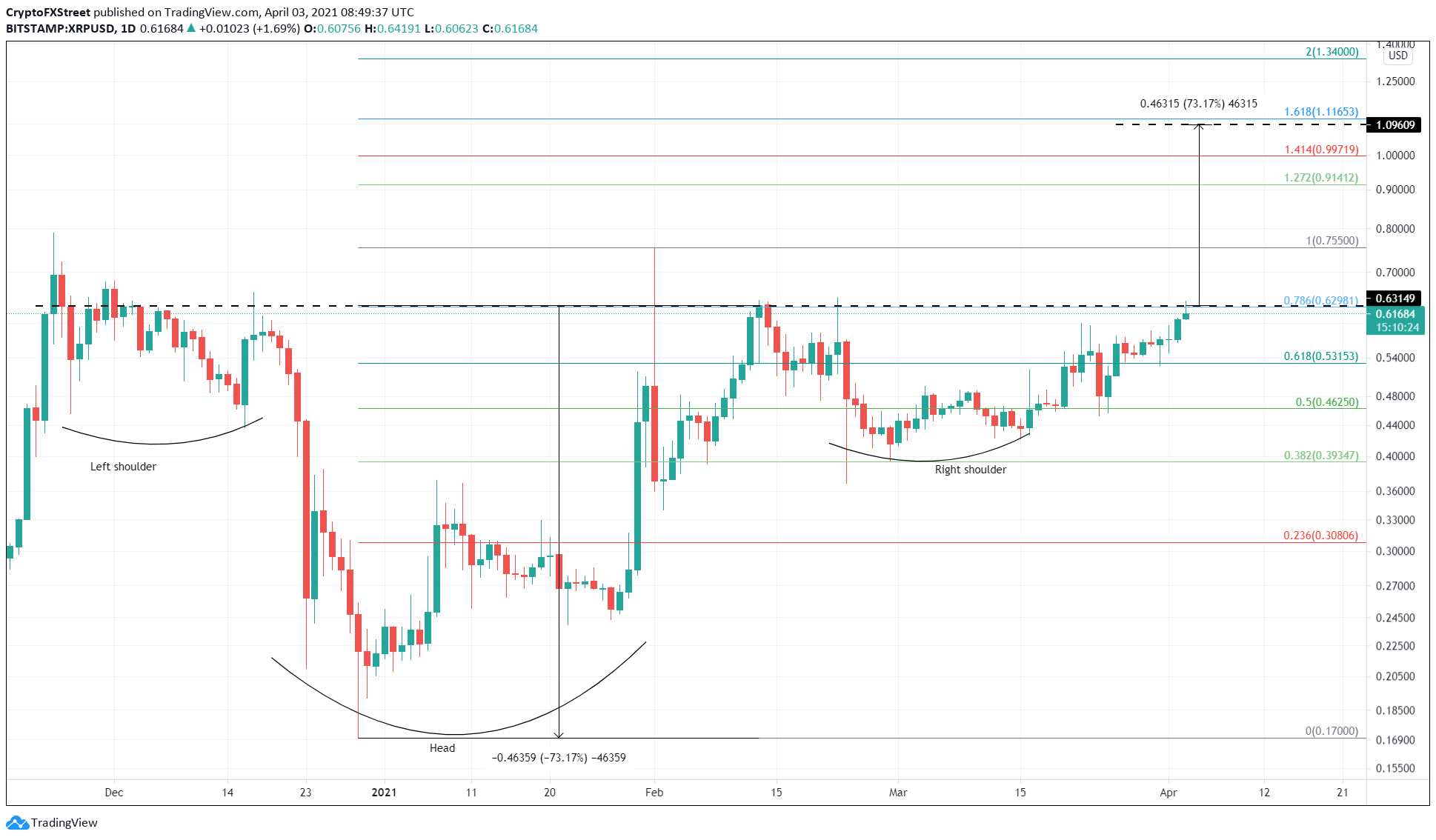 This move represents that investors are optimistic about the XRP price and believe that it will appreciate shortly.

Santiment’s MVRV model for Ripple price shows that it is hovering around 14%, suggesting that not many addresses are in profit. Therefore, these market participants might not be inclined to sell any time soon.

In early February, the 30-day MVRV model was hovering around the same level and was followed by a 45% surge in the XRP price.

All in all, the XRP price looks primed for a bull run. However, this upward move is dependent on bulls’ potential to produce a decisive daily candlestick close above the neckline at $0.63. Failing to do so might result in a reversal of the bullish momentum.

Get the 5 most predictable currency pairs
Previous ArticleEthereum price may take a breather before it makes a new all-time high of $2,660
Next Article USD/CAD Forecast April 5-9 – Canada job numbers eyed