Latest
You are at:Home»Crypto News»XRP Price Prediction: Ripple primed for a 30% upswing after a quick retracement

XRP is trading at $0.30 after getting rejected from the upper boundary of an ascending parallel channel where its price has been contained since late December. Despite the recent downswing, the cross-border remittances token seems poised to reverse and break out of this technical pattern.

XRP price prepares for a comeback

Ripple price dropped almost 15% after hitting a roadblock from the ascending channel’s upper trendline. The downswing seems to have been anticipated by the TD Sequential indicator, which flashed a sell signal as XRP approached the overhead resistance.

Now, the medium and long-length EMAs could provide enough support to slow down the downward pressure and trigger a rebound. 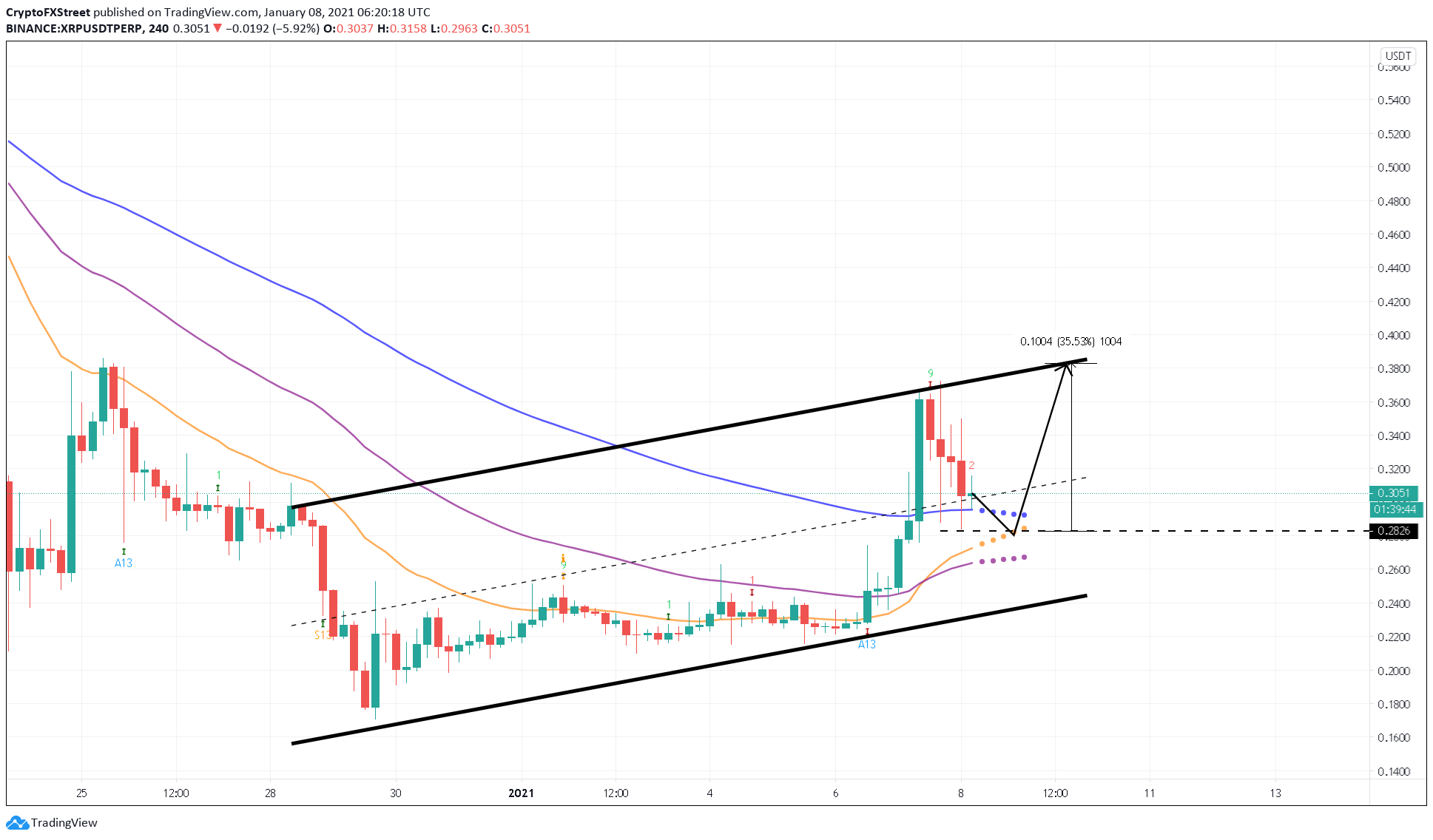 If XRP price closes above the channel’s middle-line, sidelined investors may re-enter the market and push the token towards the $0.38 resistance level.

Santiment’s holder distribution chart adds credence to this thesis as it shows that XRP whales have been accumulating since late December. Indeed, the number of addresses on the network with 10,000 to 1,000,000 XRP started rising since then, while those with more than 1,000,000 tokens began to catch up on January 1.

A further spike in buying pressure from these high net worth individuals could be significant enough to allow XRP price to recover.

Nonetheless, the bearish scenario cannot be ignored due to the uncertainty around XRP. If prices were to close below $0.26, all the positive signs previously mentioned would be jeopardized.

Under such circumstances, XRP price could suffer a 30% correction that sends it back below the $0.20 mark.