Zilliqa price has been trading inside an ascending parallel channel since mid-February and continues to hold above a crucial support trendline. Just recently, Zilliqa’s team released some new details on the bridge between ETH and ZIL, which could help the digital asset surge again.

The Poly Network platform is a decentralized exchange between multiple chains that supports Zilliqa as well as many other blockchains. The main focus of Zilliqa is the bridge between ZIL and ETH, as the latter is the biggest blockchain.

Initially, Zilliqa was an ERC-20 token, and users that missed the initial swap to the mainnet will be available again to be swapped thanks to PolyNetwork. ZIL will be connected to other chains like Binance Smart Chain, Neo and others.

The bridge will drive more liquidity to Zilliqa and open new doors for investors to obtain the digital asset.

Additionally, Zilliqa has also recently partnered with legendary boxer Terence Crawford to launch his own NFT. The auction is already live on Zilliqa’s website and started at a whopping $250,000 initial bid price.

On the 4-hour chart, Zilliqa continues trading above a critical support trendline formed since March 27. If ZIL bulls can defend this point, the digital asset should see a significant rebound. 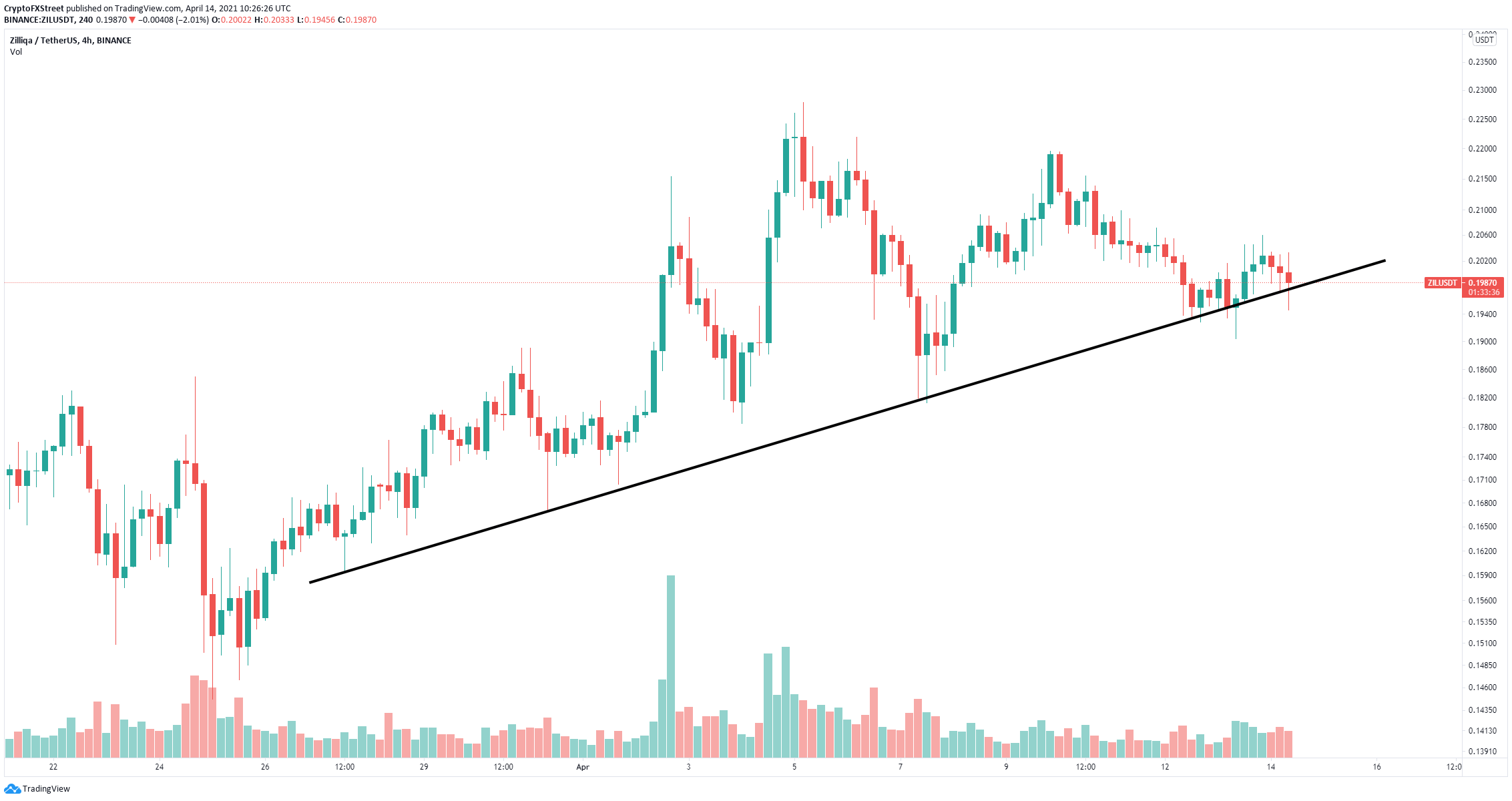 The initial rebound would take Zilliqa price up to $0.243, at the upper boundary of an ascending parallel channel on the 12-hour chart. The only notable resistance level would be the middle trendline of the pattern located at $0.207. 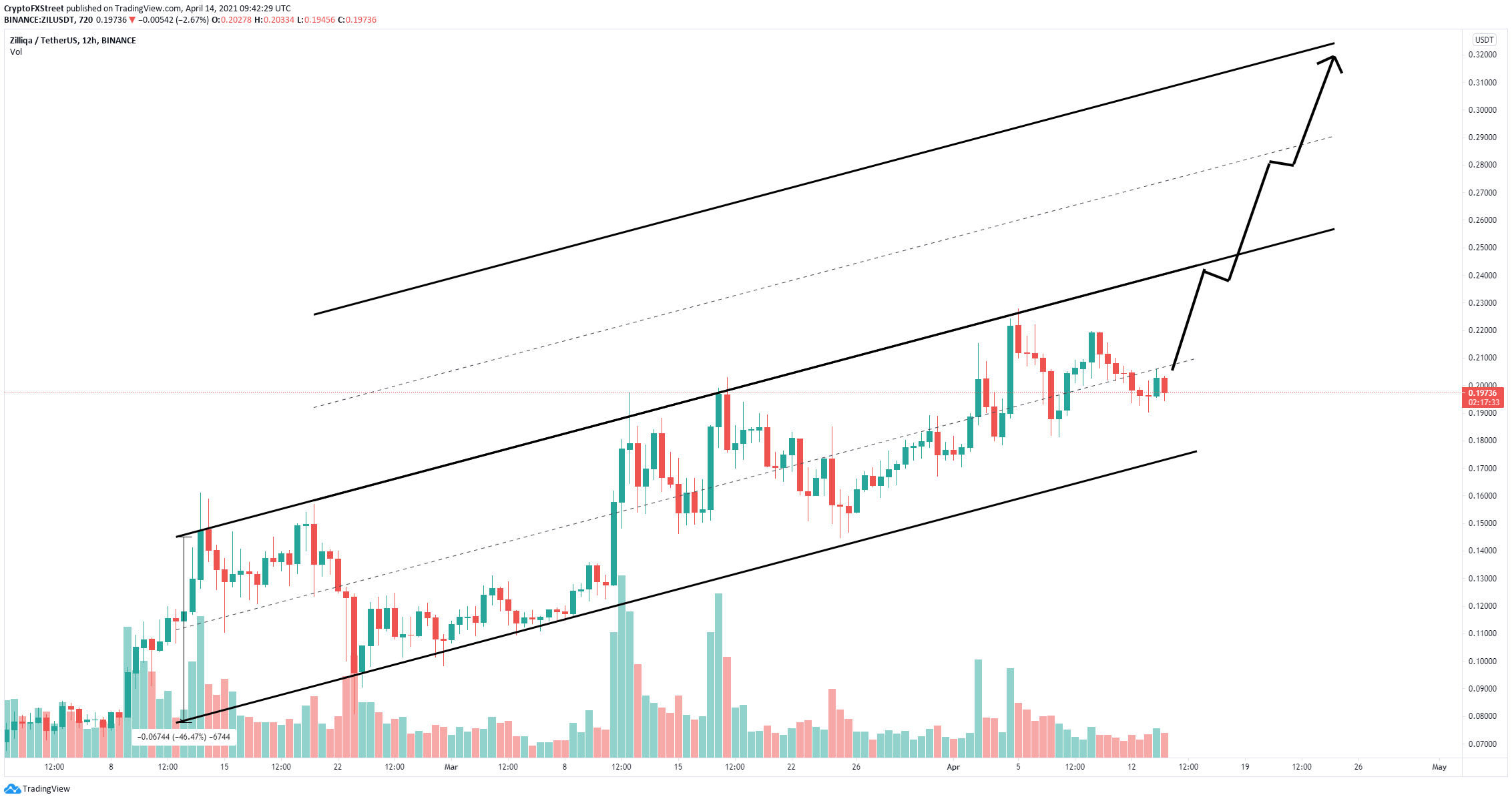 A breakout above the channel’s upper trendline will push ZIL towards $0.28 initially and as high as $0.32. Both targets were determined by using the height of the previous parallel channel.

However, if the bears can crack the critical support trendline on the 4-hour chart, they will manage to push Zilliqa price down to the lower trendline of the parallel channel at $0.174.

Zilliqa has released new details on its brand new PolyNetwork bridge between ETH and ZIL. Zilliqa price is contained inside an ascending parallel channel on the 12-hour chart. Only one key barrier separates ZIL from a new all-time high above $0.227. Zilliqa price has been trading inside an ascending parallel channel since mid-February and continues to hold above a crucial support trendline. Just recently, Zilliqa's team released some new details on the bridge between ETH and ZIL, which could help the digital asset surge again. Zilliqa's upcoming PolyNetwork bridge support is big news The Poly Network platform is a decentralized…