The ZRX price has been on a tear as it surged nearly 60% between March 25 and March 31. Now, a reversal seems likely as it trades below a stiff resistance level.

The ZRX price has bounced multiple times between the support barrier at $1.24 and the resistance zone at $1.91. Drawing trend lines that connect these swing highs and lows results in the formation of a flat channel pattern.

The most recent bounce propelled the ZRX price by almost 60%. However, aggressive profit booking has resulted in a candlestick close below the setup’s upper trend line. This move signals that retracement is likely.

Adding credence to this bearish outlook is the Momentum Reversal Indicator’s reversal sign in the form of a red one candlestick. This formation forecasts that the uptrend has reached an end, and a one-to-four candlestick correction will follow.

If investors continue to book profits, the ZRX price could decline 11% to the channel’s middle line. A breach of this level could see the cryptocurrency crash an additional 15% to MRI’s State Trend Support at $1.34. 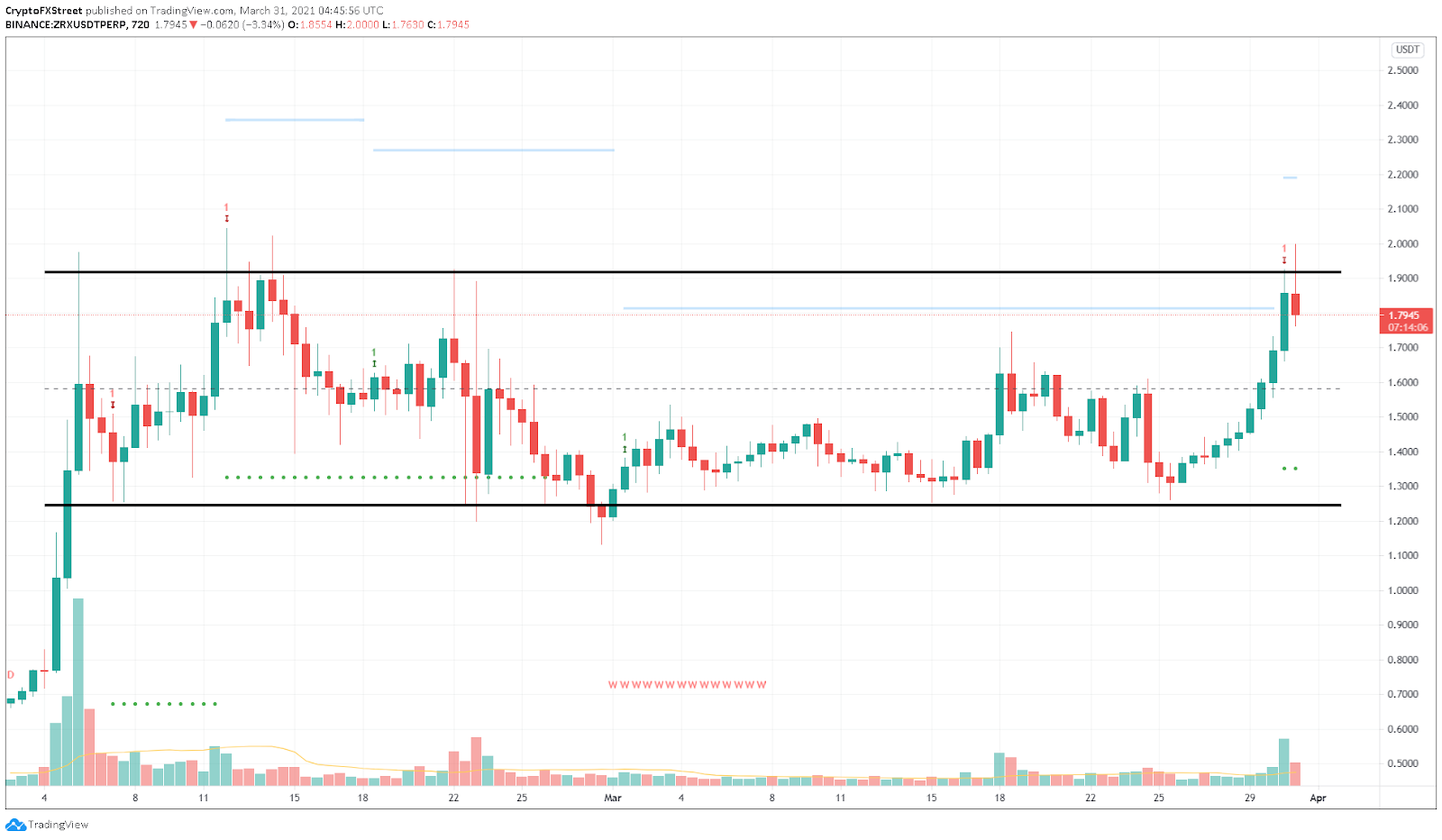 Adding credibility to this bearish outlook is the increasing supply held by exchange addresses. This metric has appreciated $329 million to $359 million from March 9 to date, a 9% increase. This gradual increase indicates that investors are getting ready to book profits.

The daily active deposit metric shows a stark similarity to the upswing seen on March 18, which was followed by a reversal in the ZRX price.

A similar trend can be observed in the Exchange Inflow metric, which has also seen a massive spike, indicating the coming drop.

Although the future for the ZRX price looks grim, a spike in buying pressure that overwhelms the sellers and results in a decisive close above the MRI’s breakout line at $1.81 will signal the possibility of an upswing.

If 0x bulls manage to push past the upper trend line at $1.92, the bearish thesis will be in trouble. However, a 12-hour candlestick close above $2 will invalidate the pessimistic outlook and kick-start a bullish one.

In that case, the ZRX price could see a 10% surge that places it at $2.18. Subsequent bullish pressure might also push the cryptocurrency up by an additional 4% to $2.26.