9 Tips To Separate from the 90% That Don’t Make

There’s a general notion that 90% of forex traders lose money and only 10% are successful. With this low success rate, many try to differentiate themselves. Here are 9 tips that make the difference.

The article was originally published on PivotFarm, a great site I recommend checking out.

In his recent book ‘Outliers’ Malcolm Gladwell describes the 10,000-Hour Rule, claiming that the key to success in any cognitively complex field is, to a large extent, a matter of practicing a specific task for a total of around 10,000 hours. 10,000 hours equates to around 4hrs a day for 10 years. For some reason most people that ‘try their hand’ at trading view it as a get rich quick scheme. That in a very short space of time, they will be able to turn $500 into $1 million! It is precisely this mindset that has resulted in the current economic mess, a bunch of 20-somethings being handed the red phone for financial weapons of mass destruction. The greatest traders understand that trading much like being a doctor, engineer or any other focused and technical endeavor requires time to develop and hone the skill set. Now you wouldn’t see a doctor performing open heart surgery after 3 months on a surgery simulator. Why would trading as a technical undertaking require less time?

Trading success, comes from screen time and experience, you have to put the hours in!

The old clichÃ© touted by politicians when they can’t think of anything clever to say to their audience. The importance of education to success in trading cannot be placed on a high enough pedestal. You have to learn to earn, the best traders work obsessively to refine their edge further to stay ahead of the curve.

A quote from well known stock guru Jim Cramer aired on CNBC days before Bear Stearns lost 90% of its value. Many followed this call and felt the obvious pain as a result. As the old saying goes, “too many cooks spoil the broth” it is very much the same in trading. Successful traders blinker themselves from the opinions of others; they focus on their own analysis of fundamental and technical information.

Market conditions change and technology advances, thus the conditions for trading are always evolving, the rise in mechanical trading is testament to that. The very best traders through a process of education and adaptation are constantly staying ahead of the curve and creating ever new and ingenious methods to profit from the markets evolution.

The best traders have a well documented plan; they know exactly what they are looking for and follow that plan to the letter. Their preparation for a trade starts long before the market open, it is this meticulous planning and importantly adherence to that plan that helps them avoid the biggest demons for any trader, over trading and revenge trading.

As human beings emotions pay a key role in our existence, for a trader emotions can be a source of great pain. Trading psychology and the management of your emotions in a trade play a key role in overall success. Fear and greed can cut your winners short and let your losers run. Dealing with emotions follows on from your plan; the more robust your plan the less likely you are to fall into the emotional mine field.

Every trader has a set of tools they use, DOM, Charts, News feeds etc. These tools are a traders bread and butter; they are the most vital part of a traders arsenal, without which it would be impossible to trade. The best traders have mastered their order entry methodology, they know all about the features they need from their charts. This mastery of their tools, allows the trader to get the very best out of the resources they have available to them and ensures perfect execution of their trading ideas.

Behind all the egos and excess, the best traders know their limitations; they focus on what can go wrong in a trade, and expend a lot of energy in limiting and controlling their risk before thinking about profits. They have a heightened sense of self-awareness and focus on incremental self improvement.

The best traders focus on the trade itself rather than the P&L; they view each trade as a technical exercise and focus on getting the most out of the market in accordance with their plan. They do not think in terms of the grocery payment, the electric bill and the desire to make X amount to cover a mortgage payment. Focusing on the money behind a trade can cloud technical objectivity.

The greatest traders work hard to get ahead and even harder to stay ahead. Through increased and niche knowledge they constantly adapt with the market and remain profitable in every environment. Drive, tenacity and the will to succeed is the greatest edge of every successful trader. 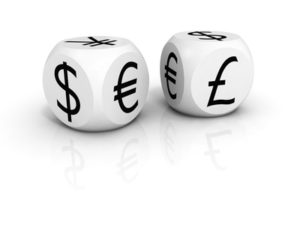 There's a general notion that 90% of forex traders lose money and only 10% are successful. With this low success rate, many try to differentiate themselves. Here are 9 tips that make the difference. The article was originally published on PivotFarm, a great site I recommend checking out. What separates the 10% that make money from the 90% that don't? 1. 10,000 hours. In his recent book 'Outliers' Malcolm Gladwell describes the 10,000-Hour Rule, claiming that the key to success in any cognitively complex field is, to a large extent, a matter of practicing a specific task for a total…

What is GDP, And How Important Is It

Gerald Fenech12 years
Scroll Up
We use cookies to ensure that we give you the best experience on our website. If you continue to use this site we will assume that you are happy with it.Ok