Home » A Soft Chinese Landing is Still a Landing

A Soft Chinese Landing is Still a Landing

When the world’s second largest economy slows down, this has a significant impact on currencies, no matter how rapid this slowdown is. AUD and NZD are set for a landing as well.

Ilya Spivak of DailyFX discusses China, the effectiveness or ineffective of the QE operations all over the world, the high dependency of the Swiss franc on the developments in Europe and more in the interview below.

Ilya Spivak is a currency strategist with DailyFX, whose expertise is in fundamental analysis, economic and market themes. Ilya Spivak applies a top-down global macro approach to longer-term investing in the G10 currencies.  Ilya has headlined seminars on FX trading around the world and is regularly cited in leading publications including the Wall Street Journal, the Daily Telegraph, CNBC, CNN Money and Reuters. 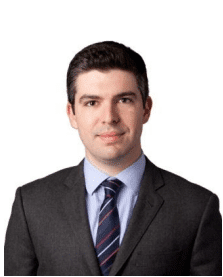 1.              The massive LTRO operation by the ECB didn’t really send peripheral bond yields lower. Do you think that the ECB will eventually bow to pressure and introduce US/UK style QE? Or will it settle for the second LTRO operation?

The markets were looking for a much smaller uptake at the 3-year LTRO, somewhere in the EUR200-300 billion range rather than the almost EUR500 billion that was revealed. Rather than boost confidence and lower borrowing costs, this  seemed to put the spotlight on just how cash-strapped Eurozone banks are. In terms of US/UK style QE, that is possible but not required in the sense that a 3-year LTRO accomplishes essentially the same goal: it grows the supply of loanable funds in the banking system with the hope that it will be lent out. As with the US and the UK, the main problem with the policy is that there is no guarantee that the re-lending component will actually occur. Pushing banks to maintain 9 percent tier-one capital ratios only encourages them to lend less, meaning the ECB approach may prove less effective than that of the BOE or the Fed, but changing strategies to something closer to the UK/US approach won’t change that. On balance I expect yields to remain elevated for some time and for the Euro to stay under pressure well into 2012.

The recent decline in the unemployment rate was largely owed to people dropping out of the labor force rather than a robust increase in hiring, but it is certainly true that overall indicators of US growth have materially improved through the second half of 2011. As for QE, that appears to have been retired as a policy approach in general. The problem with QE was arguably its novelty – it was unfamiliar and people didn’t know how to respond – so they put the cheap money they got through it into speculative bets on relatively liquid assets rather than channeling the funds into the real economy. This obviously hurt its effectiveness, and it seems the Fed has recognized that. The decision to give an explicit shelf-life to low rates and the new “communication strategy” expected to emerge in early 2012 represent the new approach, where the focus is on familiar variables that markets are comfortable with. Hopefully this works to help shape robust expectations and improve policy transmission, though it remains to be seen to what extent. In any case, consensus GDP forecasts suggest the trend in US growth looks a lot better than the G10 average, meaning we may start seeing some real fundamental reasons to buy US Dollars besides just risk aversion in 2012.

3.              Reports about China’s real estate bust seem alarming and a global slowdown also weighs on Chinese exports. On the other hand, the Chinese “landing” is still expected to be soft. Where do you see China in 2012?

Most importantly, the bottom line is that China is slowing. Whether their landing is hard or soft, it’s still a “landing”. From an FX perspective, the directional implications are the same in either scenario, with the difference between a “soft” and “hard” landing being essentially a matter of velocity. With China now the world’s second-largest economy, a downturn there bodes ill for regional and global growth. In the G10 FX universe, this is likely to weigh the most on the Australian and New Zealand Dollars, which are sensitive to Asian regional growth trends as well as the global business cycle at large. Considering recent efforts at official intervention against the Yen and Swiss Franc, the go-to safe haven against NZD and AUD in this case appears to be the US Dollar. In a “soft landing” scenario the drop in AUDUSD and NZDUSD that this implies is likely to be more gradual, whereas in a “hard landing” scenario it can be expected to be more abrupt, but directionally speaking the outcome is largely the same.

4.              Japan has grand plans for raising money in 2012. The country has a high level of debt, yet a significant part is internal. Do you think that this debt mountain will eventually weigh on the country?

Eventually, demographic forces and rising global yields will hurt Japan’s ability to fund itself as domestic demand for its debt erodes, but this process will probably take years to unfold. In the meantime, as long as the Japanese themselves are willing to keep buying JGBs, funding concerns ought to be relatively contained.

The SNB’s ability to hold back Franc appreciation depends entirely on the severity of the Eurozone debt crisis. Assuming the ECB’s 3-year LTRO works in relieving funding stress in the short term while politicians visibly capitalize by crafting meaningful plans for fiscal reform – a component that is increasingly difficult to secure because a critical mass of false starts on this front has greatly eroded confidence – the Franc can be kept at bay. However, given a worst-case scenario such the default of a member state or at least the emergence of credible expectations that such an outcome is imminent will make it acutely difficult to hold the currency at bay capital flees the Euro across the board, spilling over into most of the majors including the Franc. 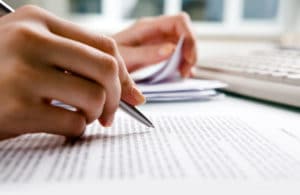 When the world's second largest economy slows down, this has a significant impact on currencies, no matter how rapid this slowdown is. AUD and NZD are set for a landing as well. Ilya Spivak of DailyFX discusses China, the effectiveness or ineffective of the QE operations all over the world, the high dependency of the Swiss franc on the developments in Europe and more in the interview below. Ilya Spivak is a currency strategist with DailyFX, whose expertise is in fundamental analysis, economic and market themes. Ilya Spivak applies a top-down global macro approach to longer-term investing in the G10…