The 50 Simple Moving Average on the four-hour chart also supports the pair around 0.7155. Momentum turned negative and the Relative Strength Index is leaning lower.

All in all, bears are mounting an attack but bulls have some defenses to hold onto. 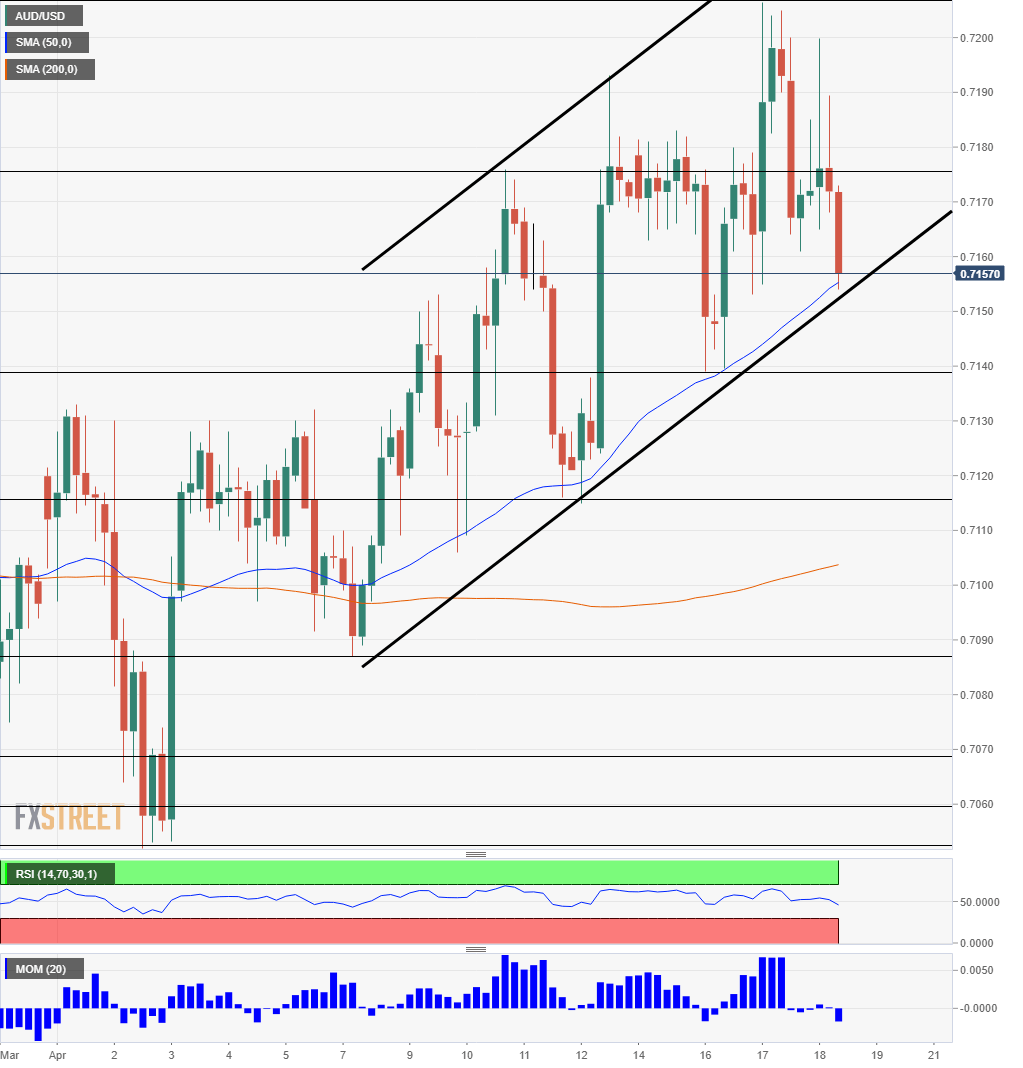 There are two contradicting fundamental forces. On one hand, the Australian dollar enjoys an upbeat jobs report. Australia gained 25.7K jobs in March, better than expected. Moreover, the details show that these were overwhelmingly full-time jobs. The unemployment rate stands at 5%.

On the other hand, there are growing concerns about global growth. Germany, the locomotive of the euro-zone, is probably suffering a recession in its manufacturing sector, with another disappointing purchasing managers’ index. The European slowdown can spread to other places.