Home » AUD/USD storms on, prospects of a correction are stronger

AUD/USD storms on, prospects of a correction are stronger

AUD/USD has rallied following a dip in the greenback and impressive domestic data.

”Hours worked are now above pre-pandemic levels and the 71k jobs gain cut the unemployment rate to 5.6%, despite a record high participation rate…Not that this means a change of stance by the RBA, with JobKeeper layoffs to become evident during Q2 and H1 2008-region unemployment rates likely to be necessary to stoke sufficient wages growth.”

Meanwhile, however, we have also seen a strong case for investment into the US on the back of today’s US data.

Retail Sales surged by 9.8% last month, according to the Commerce Department, sailing  past the 5.9% consensus in a robust turnaround from February’s 2.7% decline.

The Labor Department has  also offered strong evidence that the US  economy is shifting into high gear.

Also, the high level of jobless claims dipped below the 665,000 level seen at the nadir of the Great Recession for the first time since the COVID-19 crisis struck.

The greenback would be higher on this good news if it were not for the drop in US yields.

A subsequent correction in US yields as investors plough into the US stock market could see the greenback surge again, especially if the focus were to turn to the decoupling between the US and EU lockdowns once again.

”But with global risk appetite resilient and DXY price action unimpressive, AUD/USD should extend gains towards 0.7775, finding buyers around 0.7670/80,” analysts at Westpac argued.

As per the prior analysis,  AUD/USD Price Analysis: Bears seeking downside break into Jobs data, the price initially struggled as bears took on the bulls despite the positive data, and broke support. 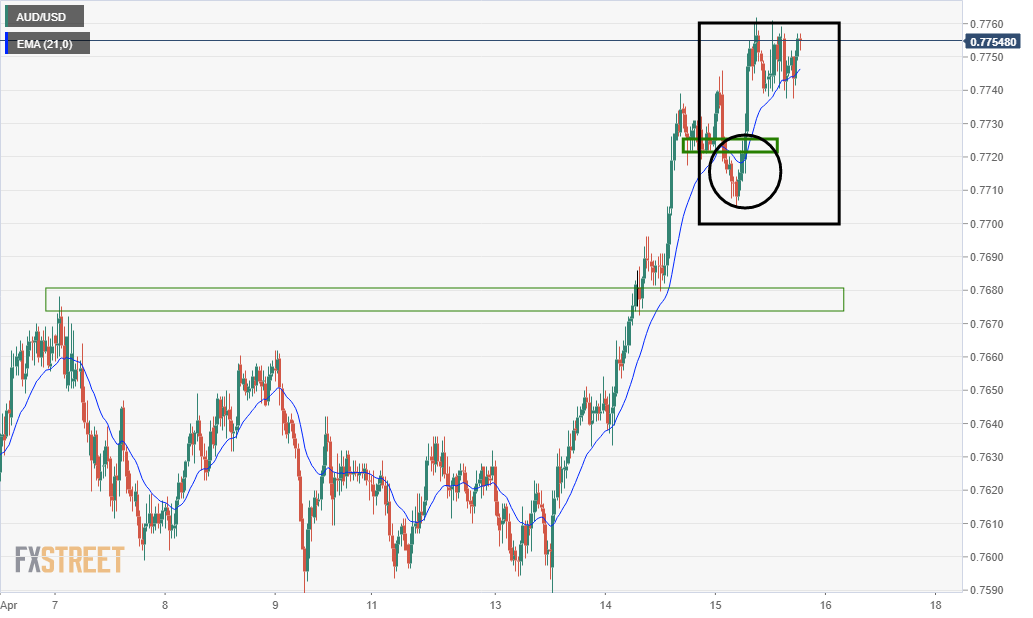 However, as the risk-on sentiment kicked in, the bulls pack a punch and took over control as Europe came online.

At this juncture, it is worth noting the resistance that the bulls are not out of the woods yet and that the DXY is approaching support: 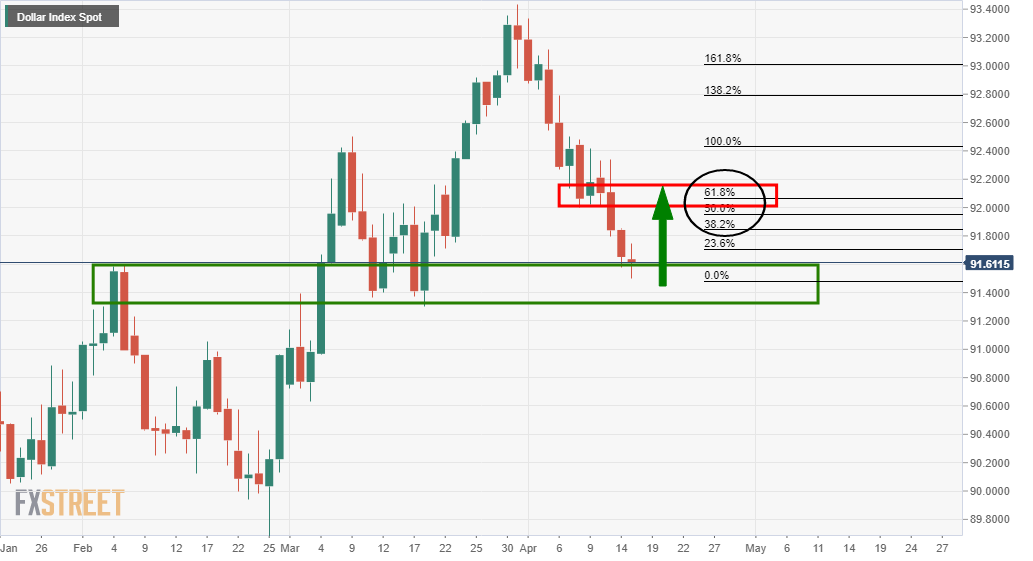 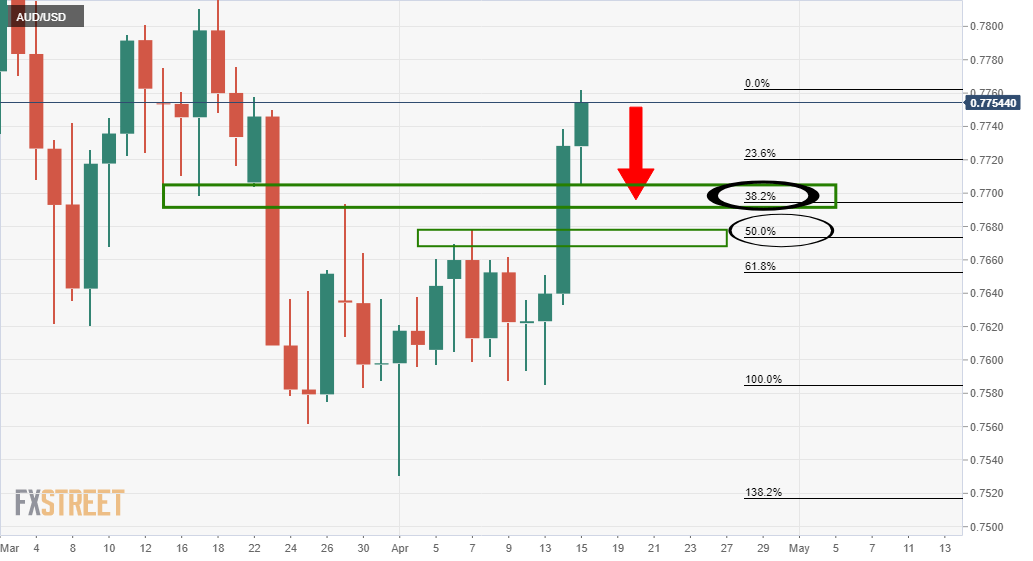 AUD/USD bulls are in control deep into resistance. There are prospects of a significant correction at this juncture. AUD/USD has rallied following a dip in the greenback and impressive domestic data.   ''NAB March business conditions hit a record high, Westpac April consumer sentiment reached a 10 year high and job creation yet again smashed consensus in March,'' analysts at Westpac explained.   ''Hours worked are now above pre-pandemic levels and the 71k jobs gain cut the unemployment rate to 5.6%, despite a record high participation rate...Not that this means a change of stance by the RBA, with JobKeeper layoffs…