Latest
You are at:Home»Opinions»AUD/USD – Too Good To Be True?

AUD/USD closes the week at 1.0560, breaking every record, every resistance line and also gravity on the way. There are many good reasons for a stronger Aussie. Here’s a nice list of 5 major factors. There may be even more. But there are signs that the pair is running out of air. Will we see a big correction?

Australia is doing well. I am usually bullish on the Australian dollar. It’s a relatively predictable currency pair that already passed the Swiss franc in trading volume. And it has at least 5 reasons to rise: 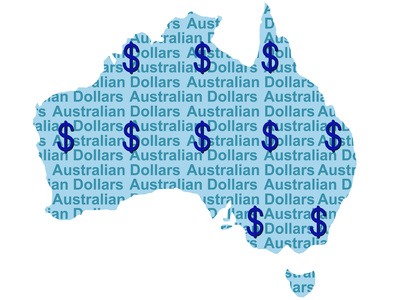 All these factors aren’t new, but they are confirmed over and over again. Great.

There are of course, many reasons why the US dollar is weak.

But wait, isn’t it too much? Since the bottom of 0.97, reached on March 16th (following the Japanese earthquake), AUD/USD rose by almost 9%. In about 3 weeks.

Yes, after breaking out of range, a strong move forward was expected. That’s the meaning of a breakout, and the Aussie usually “behaves” well. The pair traded between 0.98 and 1.0180 for quite some time before the Japanese disaster – a 380 pip range. You would expect it to find resistance 380 pips higher. That’s exactly 1.0560. Will it mark a top here, at the weekly close?

And finally, we have the CFTC report. Aussie long positions shot up:

Speculators’ net long Aussie position rose to 90,938 contracts, the biggest on record, according to CFTC data.

Extremes in longs or shorts often mark points of reversal. Will we see a significant correction, or will it proceed higher, as usual?