Home » Bearing down on the Aussie

Bearing down on the Aussie

These days it is a relatively simple task to justify a short position in the Aussie. As one of the most high-profile high-beta currencies, it is invariably extremely sensitive to macro risk, of which there is plenty these days. The global economy is fragile, critical commodity prices such as iron ore and coking coal have been under sustained assault, the local economy is struggling and interest rates are heading lower.

Overnight, Aussie bears received some further fundamental reinforcement after weak retail sales and housing approvals data. In response, the AUD fell to 1.0182 but it failed to penetrate last month’s low of 1.0167. Those with Aussie shorts need to be a little careful here, if only because the currency is very oversold by short-term traders and a rate cut for next month is almost fully factored in.

In the near term, there is a risk that we see the AUD bounce back to the 1.03 area. Looking ahead, little of substance is expected from either the BoE or the ECB when their rate-setting committees meet later today. In the US, traders will be on alert for the latest claims figures in terms of what they reveal about the state of the US labour market, ahead of tomorrow’s all-important non-farm payrolls figures.

Another day of dollar surprise. Witnessed again during yesterday’s trading session was a remarkably robust performance by the dollar. For those who felt that the Fed’s announcement of unlimited QE back in mid-September would spell further trouble for the American dollar, the past few weeks have been something of an embarrassment. Although the euro is holding reasonably firm, the greenback has made some respectable advances against other majors, such as the Aussie. The stronger dollar has also had an impact on commodity prices – for instance, Brent crude fell another 2% yesterday and has fallen by almost USD 10 since the Fed decided on unlimited purchases. Also evident on Wednesday was a further rise in USD/JPY, on what was very heavy volume. Systems players were especially active. Some traders are paying more attention than usual to Tokyo’s intervention threats. A decent ADP outcome and strong non-manufacturing ISM both augur well for non-farm payrolls out tomorrow. As we have been suggesting recently, a long dollar position against the yen was likely to be fruitful, and moreover it could continue to deliver.

More euro resistance. Further stern resistance by euro bulls was another feature of forex markets yesterday, with some decent buying interest emerging from the Middle East down around the 1.2880 level. In addition, the various PMI services reading out of Europe suggested that this sector of the economy did not worsen last month. As a result, the single currency has popped back up to near 1.2930. The bulls will want to get the euro up through 1.2970 to reassert their authority – this level has been difficult to breach over recent days.

The stall in sterling. Sterling was on the softer side once again yesterday, with EUR/GBP sustaining the move above the 0.80 level that was seen at closing yesterday. The softer tone was also evident against the dollar, with cable dipping to 1.61 level. The PMI data seen this week for both the manufacturing and the service sector (falling from 53.7 to 52.2) seem to suggest overall that the economy probably returned to expansion in the third quarter, but only modestly so judging by these latest numbers. On the charts, sterling is starting to look a little tired, especially vs. the dollar with this shaping to be the third failed attempt at a sustained push above the 1.60 level this year. Of course, it’s just as much about the dollar as it is sterling, with the US currency reversing the weakening trend seen in the run-up to the QE announcement last month. The Bank of England’s MPC meeting this week is not expected to result in any policy announcements, but the current tranche of bond purchases (quantitative easing) will have been completed by the time of the MPC’s November round.   Some are suggesting that further QE could be announced then, but in part this is likely to depend on the success of the current round and also of the Funding for Lending scheme started in the summer.   It still boils down to timing though, with further QE from the Bank looking likely in the coming few months. 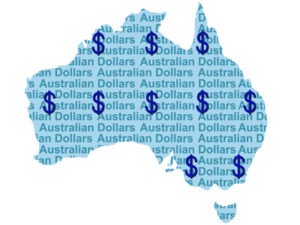 These days it is a relatively simple task to justify a short position in the Aussie. As one of the most high-profile high-beta currencies, it is invariably extremely sensitive to macro risk, of which there is plenty these days. The global economy is fragile, critical commodity prices such as iron ore and coking coal have been under sustained assault, the local economy is struggling and interest rates are heading lower. Overnight, Aussie bears received some further fundamental reinforcement after weak retail sales and housing approvals data. In response, the AUD fell to 1.0182 but it failed to penetrate last month's…