Latest
You are at:Home»Forex News»BOC bounce may have been a bit too much for USD/CAD

The BOC left the interest rate unchanged at 1.25% as most economists had expected. Markets priced in a 20% chance of a hike.

The USD/CAD jumped to a high of 1.2635 as the statement pledged caution regarding raising the interest rates. This was not new but perhaps some had expected a more hawkish tone. In addition, the Canadian Dollar advanced nicely in recent weeks thanks to NAFTA progress and 3-year highs for oil. Perhaps this was an opportunity to take profits.

Otherwise, the statement was quite optimistic. They acknowledged progress on wages and inflation. A dissipation of some temporary factors may push inflation even higher. Wages have come up as expected.

On housing, the see some of the weakness unwinding later this year. In addition, the did mention trade fears, but as a risk in the context of upbeat global growth. This is not the worried tone of the previous statements when uncertainty about the North American Free Trade Agreement (NAFTA) was the principal theme and a source of great concern. Things have indeed improved since then.

All in all, this is an upbeat statement and as time passed by, the loonie is recovering and dipped below 1.26.

More: The Bank of Canada puts monetary tightening aside for now 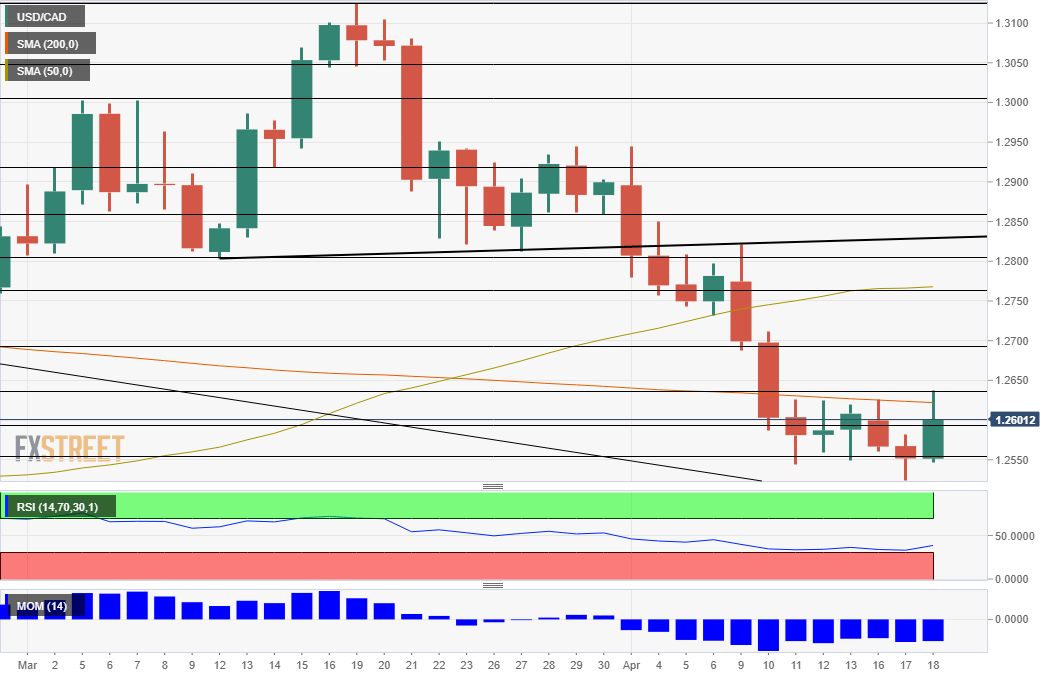 Get the 5 most predictable currency pairs
Previous ArticleUSD/CAD jumps on the BOC wording about caution despite being hawkish otherwise
Next Article EUR/CHF: A Test & Breach Of 1.20 Now Imminent – BTMU