Trading the Canadian dollar has not been easy of late as the data provided substantial surprises in both directions — triggering significant  volatility  but no clear direction. The Bank of Canada’s upcoming decision may finally set a course for the loonie.

The  BOC  used to have a hawkish bias — clearly saying they would raise interest rates to stay ahead of inflation. That has gradually changed as economic growth slowed down. The Ottawa-based institution first said that the economy may grow faster with a rise in inflation and then followed by all but removing its intention  to raise rates. They said there is “increased uncertainty about the timing of future rate increases.”  These words sent the Canadian dollar lower with  USD/CAD jumping above 1.3500.

How will USD/CAD react to May’s rate decision?  The three factors to watch are:

1) A new bias on interest rates

The bank may decide not to mention increases but rather state that  current policy is appropriate  and will likely stay so for the time being. Such language would indicate a full shift to neutral monetary policy — and could weigh on the loonie.

Another option is to maintain the current language unchanged — a move that could be considered hawkish in current conditions of meager expansion. Both options have an equal chance.

An unlikely possibility would be a minor hawkish shift. By just removing the adjective “increased” from the phrase above, markets could perceive it as hawkish and send the loonie higher.

The bias depends on the BOC’s concerns about inflation. Data for April shows a significant slowdown of the core consumer price index to 1.5% year over year. The US Federal Reserve has described the slowdown in price development as transitory.  Does the BOC share the same views regarding Canadian inflation?  If so, the bank will likely leave  rates  unchanged. If not, expect a downgrade.

2) What does it think about employment

It would not be an exaggeration to call the recent jobs data a blockbuster. The economy gained now less than 106.5K positions, around nine times the early expectations. The unemployment rate dropped to 5.7%, a healthy level. Moreover, the leap in the labor market is the highest on record, but not the first substantial surprise in recent months. The economy saw considerable gains also in November 2018, as well as January and February this year.

Economic theory suggests that a robust jobs market eventually pushes prices higher as more people have additional disposable income to spend —  thus causing prices to increase. That has yet to happen, but the BOC may want to preempt price rises with a rate hike.

If the bank hints that the jobs boom will probably lead to higher wage and inflation growth, the Canadian dollar may rise. On the other hand, if the BOC says there is still slack in the economy, the loonie may lean lower.

There have been two significant developments around international trade since the last meeting.  The US and China  were getting closer to striking a trade accord until relations broke down in early May. Talks between the world’s largest economies broke  down shortly after and worsening the mood in markets. The C$, a risk currency, dropped alongside stocks.

The BOC mentions significant developments in its rate decisions. If Poloz and his peers express concern over the dispute  clash and its implications on Canada, the Canadian dollar may suffer. And if they shrug it off as just another consideration out of many, the loonie has room to rise.

Another trade dispute is directly related to Canada. The US slapped tariffs on steel and aluminum in mid-2018. Despite signing a comprehensive trade agreement   —  the USMCA  — the US has maintained its duties.

Only recently has the administration in Washington announced that it will remove the levies. Canada does not import a vast amount of these metals. It is, nonetheless,   a trust-building move.

If the BOC acknowledges the importance of this tariffs relief as a substantial boost for the economy, it may push the local currency higher. However, if Poloz and his peers add it to a long list and play it down, the loonie will not receive any help.

The BOC is set to leave its interest rate unchanged but any changing in the wording is set to have a significant impact on the Canadian dollar. Three factors are of high importance: the interest rate bias — based on inflation, the bank’s  analysis of the job market, and its views on trade. 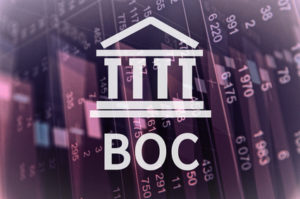 The Bank of Canada is set to leave interest rates unchanged at 1.75%. Investors will look for hints for the next change in interest rates.   The bank's opinions on interest rates, the recent jobs report, and comments on trade will play a key role. Trading the Canadian dollar has not been easy of late as the data provided substantial surprises in both directions -- triggering significant  volatility  but no clear direction. The Bank of Canada's upcoming decision may finally set a course for the loonie. The  BOC  used to have a hawkish bias -- clearly saying they would raise…