Latest
You are at:Home»Forex News»Bostic Breakout: EUR/USD levels to watch

Atlanta Fed President Raphael Bostic is a known dove, but he took one big bold step forward. He said interest rates could go in “either direction.” So far, the Fed’s intentions were to raise rates and perhaps only be “patient” as Chair Jerome Powell said. Suggesting a rate cut is a big step forward.

The US Dollar was quickly offered across the board, and EUR/USD finally broke out of range, reaching a high at 1.1540, the highest since October 22nd. We ignore the abnormal levels seen around Christmas when the volume was extremely thin. 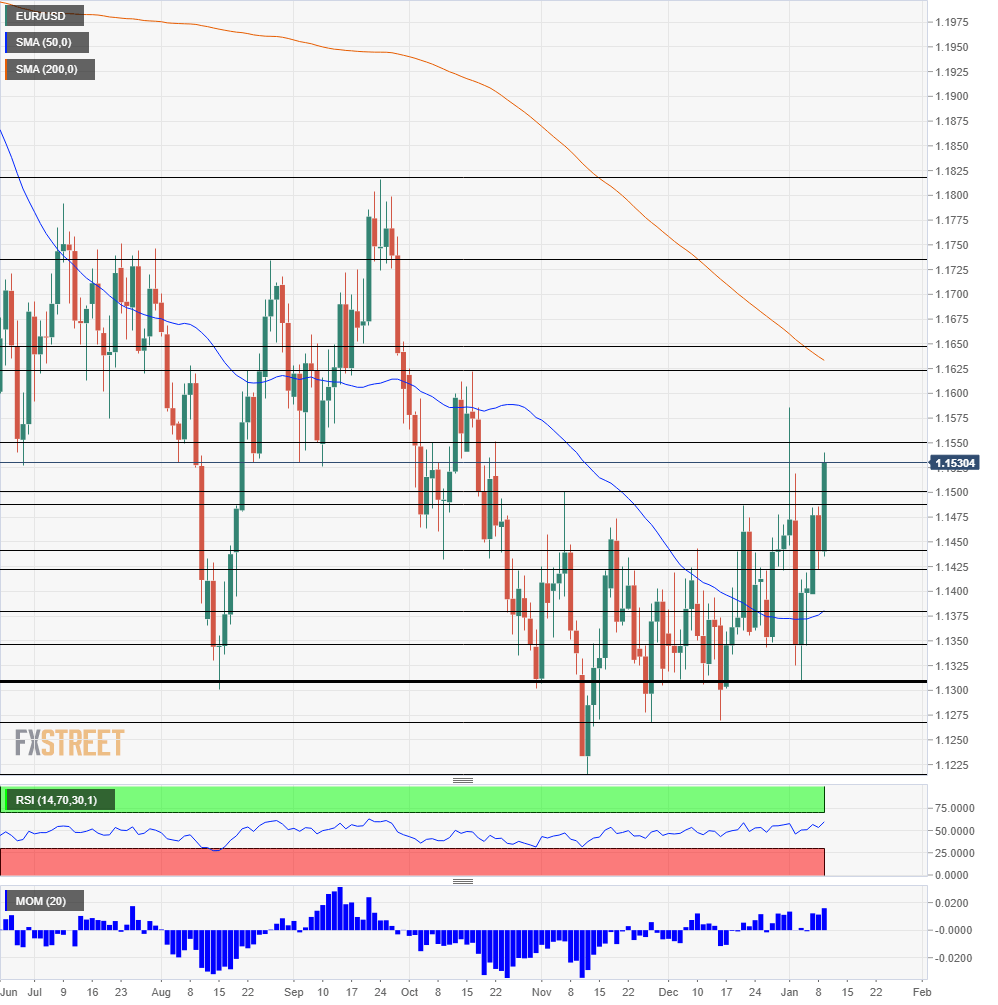 The first significant line of support is quite close: the October 22nd peak of 1.1550, which was a stepping stone on the way down.

The Relative Strength Index (RSI) is hardly above 50, allowing the pair room to run to the upside.