Latest
You are at:Home»Forex News»Brexit surrenders to Trump and GBP/USD falls

Are markets beginning to ignore Brexit? Recent movements in GBP/USD suggest that events outside the UK seem to have a growing impact while headlines from cross-party talks are being ignored.

A high-level Chinese delegation will meet its US counterpart in Washington later today. President Donald Trump said that “China broke the deal” and referred to its backtracking on commitments related to intellectual property and other topics. The Administration has already published a notice regarding new tariffs which will come into effect on Friday.

Concerns about trade weigh on sentiment and support the safe-haven US dollar. In addition, the greenback gains on reports that North Korea fired another missile. The escalation in the Korean peninsula is also a concern.

And finally, it’s time to talk about Brexit. Talks between the government and the opposition were reportedly “on the verge of collapse” on Wednesday. Later, both parties issued more upbeat statements, expressing optimism on striking a deal.

The UK will participate in the European Parliament elections on May 26th. The next deadline is only July 2nd when the new parliament convenes for the first time. The UK wants to exit the EU by then. However, the early July date is only an artificial deadline as the current Brexit date is October 31st.

Overall, all eyes are on Washington, where the outcome of trade talks will determine the next moves in all markets. 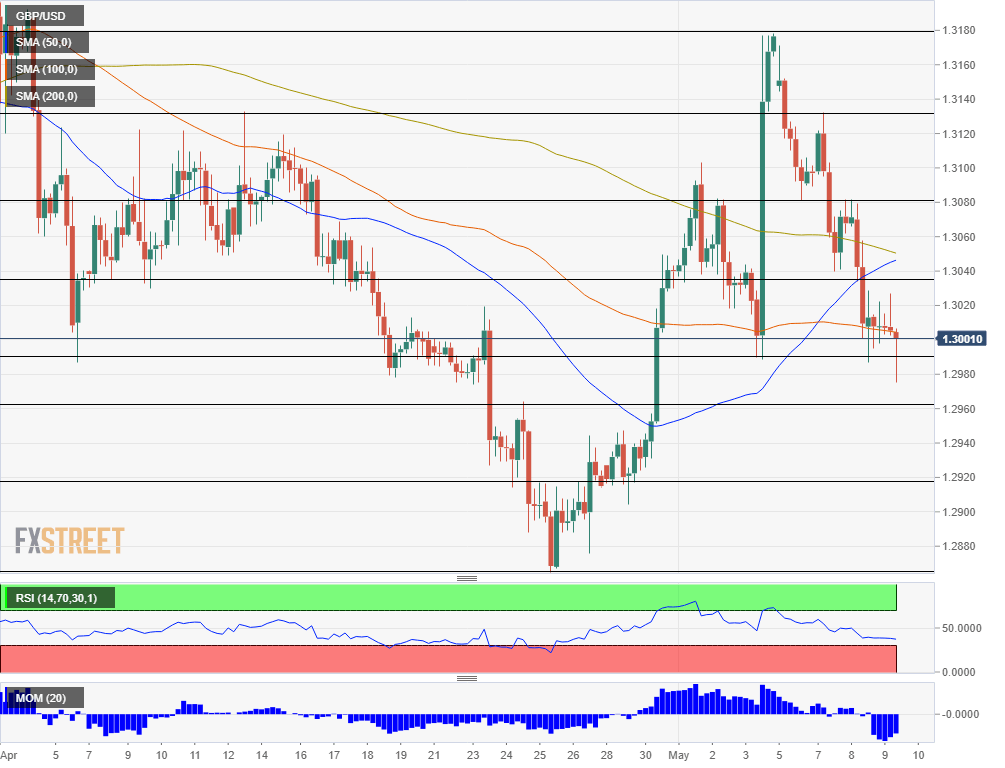 GBP/USD is trading lower, and Momentum on the four-hour chart is negative, showing it has more room to fall. The currency pair also lost the 200 Simple Moving Average after falling below the 50 and 100 SMAs. All in all, the outlook is negative.

Get the 5 most predictable currency pairs
Previous ArticleCanada: Trade deficit likely to narrow to $2.3bn in March – TDS
Next Article UK’s Hammond: PM May should step down once Commons pass Brexit deal