UK employers are increasingly attracted to British students who have studied abroad, according to the British Council.

Despite the UK now boasting six of the world’s top 20 universities, the British Council believe that in order to maintain and improve a skilled workforce it is vital that students get exposure to overseas university education. The EU’s Erasmus programme, managed in the UK by the British Council, has seen a growth in applications every year since 2007 – as British students increasingly look to universities abroad.

David Hibler, British Council’s Erasmus Programme Manager, said: “There are many factors that encourage UK students to study abroad. Universities overseas provide students with other academic perspectives, and students return with international skills and understanding that research shows is highly desirable to UK employers. It is essential if the UK is to remain globally competitive, that our students have the opportunity to gain global experience.”

The rising trend of British students studying overseas is widely considered to be a result of increased tuition fees and fierce competition for places in the UK. Spencer Hawkes, migration expert at Working In, believes the price hike has forced British students to become increasingly practical with regards to their choice of university – making pragmatic decisions and assessing a range of factors in the search of value for money.

He said: “While the United States remains the most popular destination for British students, degrees from further afield such as Australia, Japan and Singapore are increasingly attractive. They offer world class education, taught in English, along with the kudos that tends to be valued by prospective employers in a saturated graduate job market.

“The UK has traditionally been a destination for study abroad, rather than a large source of full time students for international educational institutions. However, with the changes in fees and funding that have taken place in the past few years, and with UK universities charging up to £9,000 per annum, the cost of studying abroad is now similar, or in some cases lower, than studying in the UK.”

The cost of a standard undergraduate degree is now £27,000. As a result, in some parts of the world, the cost for a British student has become comparatively cheaper – not least due to the strengthening GBP. A declining Aussie dollar, which has drifted from 1.5473 to 1.742 against the pound, means Brits enrolling in Australian universities this November will get a 12.5 per cent discount compared to their predecessors last year. With the Australian National University charging AUD 28,678 per annum, it would cost a UK student enrolling for the 2013/14 academic year £16,779.03; a saving of £1,342.32 per year compared to 2012/13 students.

With sterling expected to rise further against the Australian dollar, it presents an attractive proposition for British students looking Down Under. Equally, with the Canadian dollar down 4.23 per cent against sterling compared to last year, Canada – with the University of Toronto and McGill University both ranking amongst the top 30 in the world – could prove a savvy choice for Brits looking to study abroad. The cost of education for international students at both universities is an average of CAD 14,000 per year, almost £500 cheaper than for a Brit to study at a comparable UK university.

Phil McHugh, senior analyst at Currencies Direct, said: “The bull run of the pound is gathering momentum following a great run of UK economic data. We have already seen sterling gains across a basket of currencies over the past six months and the trend looks set to continue.

“A strengthening currency may have come too late for many British summer holidaymakers, but recent movements in sterling value have had a significant impact on the comparative costs of studying in the UK or abroad. For example, with the combination of an improving exchange rate and competitive tuition fees, even with two transatlantic flights per year, a student would only pay £100 more per annum to study in Canada.”

A number of prestigious European universities in Germany, France and Norway are renowned for offering first rate courses for tuition fees that can be as little as a third of the cost of comparable UK universities. However, Study Options, an independent advice service for students specifically interested in higher education in Australia and New Zealand have reported a 64 per cent increase in enquiries from UK students over the last year.

Despite Australia being the most expensive place in the world to study for international students, it remains one of the most popular choices for British students. Australia has more universities ranked amongst the top 50 in the recently published QS World University rankings than any other country outside the UK and US.

Stefan Watts, director at Study Options, said: “The reputation of universities in New Zealand and Australia, in particular is excellent, which is why they have always been a popular destination for international study. A recent study of university tuition fees illustrated that if a student chooses Australia or the US, the cost would be around £4,000 more per annum than the £15,600 it calculated was the average cost of tuition, living expenses and accommodation in the UK. Changes in currency values directly affect these costs and so prospective students are increasingly turning to FX experts to help them assess their international options.” 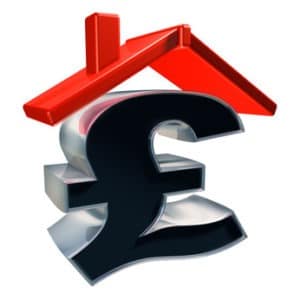