Latest
You are at:Home»Forex News»Carney carnage: GBP/USD falls on rejection of rate rises

Mark Carney said that this is not the time to raise rates. He contradicts three of his peers in the MPC that voted for raising the rates in the most recent rate decision. Carney ties Brexit uncertainty to this caution.

Carney wants to see how households and business react to the reality of the UK’s exit before acting. He also mentioned the trade deficit.

Here is the paragraph that sent Sterling down:

From my perspective, given the mixed signals on consumer spending and business investment, and given the still subdued domestic inflationary pressures, in particular anaemic wage growth, now is not yet the time to begin that adjustment.

Earlier, the Chancellor Phillip Hammond spoke at the same event at Mansion House. He expressed his desire to reach a Brexit deal that would allow trade in services. His prioritizing of trade is seen as a “soft Brexit” stance and initially helped pound/dollar. The pair ticked up from 1.2735 and all the way to 1.2755.

But then came Carney. We are seeing a growing influence of central bankers over politicians. This is similar in the US, where the Fed’s fresh hawkishness outweighs all the political trouble.

Here is how it looks on the 30-minute chart. Click the image to the see a larger version. 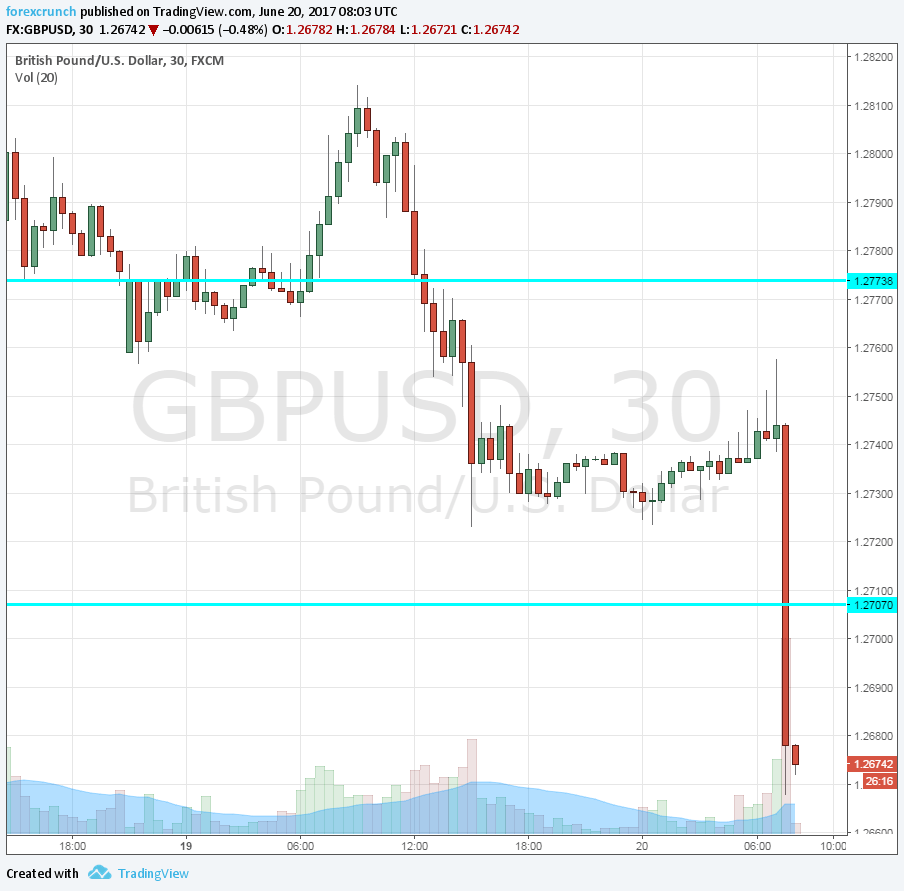