Financial markets spent the majority of last week in consolidative mode, which led to the healing of sentiment for global equities, though the strength of the yen kept risk appetite corralled.   Despite positive developments in domestic economic data within the United States, softening of interest rates differentials spurred demand for yen and kept the broader DXY index from gaining any traction.   The greenback ended the week on a softer note against the majors, unable to reap any rewards from a stronger CPI reading that showed core inflation ticked up to a 2.2% increase on a year over year basis.   The constructive developments in consumer prices support our view that fears of a recession are overblown for the time being, and that after stall-speed real GDP growth of Q4 2015, the American economy is showing signs of a re-acceleration.   While we do note that various macroeconomic risks litter the international landscape and will certainty provide headwinds for the American economy, the first quarter of 2016 tracking at over 2.5% annualized growth provides the notion that interest rate expectations have likely swung too far to the dovish side of the monetary policy spectrum.   Though the emergence of increased volatility on the global macroeconomic landscape will likely keep the Fed from hitting their previous forecasts of how many hikes in 2016 they consider to be a gradual normalization of monetary policy, the roughly 17% change of a rate hike for the June meeting appears to be under-priced.   The second estimate of GDP growth for Q4 is due to drop at the end of the coming week, but durable goods orders and the release of the personal consumption expenditures index will provide greater insight for investors into whether the acceleration post-Q4 has legs.   In our view the near-term risk for market participants is a firming of interest rate differentials between the US and the majority of the majors, though we continue to highlight elevated volatility will make any path higher quite the bumpy one.

Speaking of bumpy roads ahead, over the weekend Prime Minster David Cameron announced that on June 23rd Britons would go to the polls to determine their faith within the European Union.   In the first British cabinet meeting on a Saturday since the Falklands War, Cameron officially announced the commencement of the referendum campaign; however, support within Cameron’s Conservative party is split on membership in the Union, with Cameron recommend that voters stay within the bloc.   Polls are showing that roughly a fifth of voters are still undecided on the issue, but betting houses are still favouring Britain remaining within the European Union, given the deal Cameron brokered with Brussels over the weekend to give Britain special status within the zone.   That being said, the “stay” campaign was dealt a significant blow over the weekend when London mayor Boris Johnson officially announced his support for the “exit” campaign in hopes of a better deal for Britain and more control outside of the European Union.   The divergence between Johnson and Cameron hadn’t been expected by investors, and as a result this development has weighed on the pound to begin the week.   We would expect that much like the Scottish referendum, calmer heads will prevail closer to the referendum, as the risks associated with a “Brexit” heighten; however, the financial and economic implications surrounding a “Brexit” are hard to model with sufficient accuracy, though we would expect the short-term consequences with lengthened uncertainty leading up to the election to weigh on the pound.   While domestic economic indicators within the UK lowered the probability of any movement higher for interest rates by the middle of the year, the likelihood of any action from the Bank of England before the referendum is likely nil.   For market participants, the development and evolution of the polls will be key to watch moving forward, and while we highlight a strengthening of the “exit” campaign will weigh on Sterling, it is hard to see sustained upward momentum until there is certainty around Britain’s future within the economic union.

Oil ended last week on a sour note, after sentiment faded on the hollow nature of the agreement between Saudi Arabia and Russia agreeing to freeze output provided others would as well.   We have been potentially less sanguine then others around any deals regarding a freeze or cut in output that involves Iran, given the large sacrifices to their nuclear program they made in order to have access to international markets to sell their oil.   With production effectively just coming back online, it seems hard to imagine Iran agrees to any production cuts in the near term.   That being said, we are still of the bias that any large shocks or surprises are likely to be of the upside in oil given the overwhelmingly bearish fundamental tone towards the black gold; however, the technical tone remains pessimistic in the near-term.   The front-month WTI contract tested the downward sloping trend line that has been in place since the middle of October, but was rebuffed and subsequently emanated an offer tone to close out the week.   A break north of $31 would make the technical tone more constructive, but price action would need to elevate north of $35 to validate the potential double-bottom, and would support the argument the bottoming process is getting closer to a conclusion.

The ramifications for the Canadian dollar are that interest rate differentials between the US and Canada are likely to determine the longer-term trend for USDCAD, as opposed to the day-to-day gyrations linked to oil price developments.   Retail Sales for December in Canada illustrated the depressed nature of lower oil prices wore on consumer confidence into the end of 2016, and it’s unlikely we see this sentiment rebuilt unless there is a sustainable rally in oil that brings prices back to early Q4 2015 levels.   Chinks in the armour of consumer spending are starting to show, and without support from business investment and export demand, the resulting net effects could push the Canadian economy into a pronounced slow-down early in 2016.   Anecdotally, the slowdown in Alberta from lower energy prices is beginning to appear in other sectors of the economy, which is not a big surprise given retail sales have decreased in the last three of four months.   Looking at the divergence between the relative strengths of the US and Canadian economy over equivalent periods, if the bottoming process in USDCAD has not yet run its course, there is a risk for market participants that CAD bulls may be reaching exhaustion.   Should a firming of interest rate differentials between the US and Canada materialize to begin the week, a potential double-bottom formation would align the technical and fundamental picture that would suggest further support for the USDCAD pair.

Are Central Bankers Out Of Ammunition? – BofA Merri 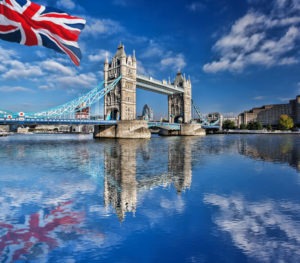 USD/JPY exhausted, Work at support for EUR/USD, Detachment from

Financial markets spent the majority of last week in consolidative mode, which led to the healing of sentiment for global equities, though the strength of the yen kept risk appetite corralled.   Despite positive developments in domestic economic data within the United States, softening of interest rates differentials spurred demand for yen and kept the broader DXY index from gaining any traction.   The greenback ended the week on a softer note against the majors, unable to reap any rewards from a stronger CPI reading that showed core inflation ticked up to a 2.2% increase on a year over year…