Home » Does Trading Forex Start with a Risk?

Does Trading Forex Start with a Risk?

Forex trading is a never-ending process whereby the trader must constantly learn and evolve in order to improve. Ask any trader about their learning experience over the years, and it’s quite possible they would liken it to the journey wherein you know where you want to go but you’re constantly on the lookout for the safest and most profitable route to getting there.

Some traders may focus more on the technical aspects of the trip, including support and resistance levels, or working with appropriate moving averages, etc. Instead, others may rely solely on fundamental data when trading – buying and/or selling in the hopes of scoring big against the markets, either with an upbeat surprise or even perhaps a disappointing shock.

One thing is certain, in whatever approach you use with Forex Trading, it’s becoming more complicated every day; there are different dimensions to consider, more formulas, new factors… a seemingly endless array of variables. But despite all that, it all boils down to one thing and that is gauging the right direction, right? Not exactly. It would seem that there’s got to be something missing.

For the majority of Forex traders, it’s a well-known fact that their profits are what would be deemed marginal, not much more than what one might make flipping a coin with a 50/50 chance of getting it right in any given toss. That’s why investors are so intrigued with the market’s “major” players, those billionaires who seemingly are able to beat the market at every turn, individual investors like George Soros and John Paulson and institutional investors like Renaissance Technologies. What do they all have or what do they all know that gives them the edge? The answer may surprise you; it’s their ability, maybe even their willingness, to control risk. The bottom line is this; every successful trader makes sure that they enter a trade with an acceptable risk level that is low (specifically, for them) relative to their potential gain.

Consider your average trader, the one without a trading plan; he puts through one (losing) trade after another, losing. Finally, frustrated, he decides to make one more trade, this time a big one; he’s all in with everything he’s got. Now, the fact is that the vast majority of the time, that last final gamble is going to be another loser, and your trader will feel dejected, angry and extremely stupid. But let’s be honest; the idea has merit, doesn’t it?

Let’s turn that around a bit. What if, after a series of losses, you did get that one great big all-important winning trade, the one that would not only recover your losses and make you whole, but put you ahead! Well, that’s exactly what the major players do. That begs the question; if it’s really as simple as picking the right direction, why aren’t there more big winners? Good question. And you’re right. There is more to it than gauging the right direction. The answer is knowing what level of risk you’re willing to accept in order to get a good return.

Down to the Practice

Theoretically, using this theory is fairly simple. When considering a trade, your first decision has to be what single amount (in any given trade) you are “comfortable” with losing, and then multiply that by some number (higher than five usually). If, after you’ve subtracted your potential maximum loss you still have an acceptable trading margin, then this is a fair amount to risk. Then, ensure that every time you trade you risk the same amount, never more.

Let’s throw some numbers out there to make this clearer. Let’s say you decide that the maximum amount you’re willing to risk in any one trade is $250, then each and every time you trade you risk that amount, and only that amount. Plan your trade so that if you should need a stop loss, it would never be more of a risk than the $250 you’ve earmarked. That is known as fixing your risk. Once it’s done, you have to consider the best way to make the most of your risk/reward ratio; that is the ratio between gains made versus the amount you risked, on a specific trade. A higher risk/reward ratio makes for a better, “safer” trade.

If you had risked $250 and you earned $2,500, then the ratio of your risks to rewards is 10/1. Simply put, that means you risked $1 in order to gain $10. Let’s say that you maintained that 10/1 ratio over five trades, but only one of those trades gained. Crunching the numbers, you’ve made a profit of $6, because you lost $4 ($1 in each of four trades) but you gained $10 when you gained in that one trade. That 10/1 ratio is, in truth, rather extreme and often difficult to maintain as trading opportunities are few and far between. The majority of “experts” use a 3/1 risk/reward ratio, meaning they are willing to risk $1 in order to gain $3.

At a 3/1 ratio, in that $250 risk threshold example, a risk of $250 should correspond with a potential gain of $750.   So, say you open 10 trades and you win half of them (meaning you lose half, too) your trading account balance at the end of the day would be $2,500; that’s equivalent to $3,750 total gains ($750 gain in each of five trades) and $1,250 total losses ($250 loss in each of five trades) for a net gain of $2,500. $2,500! By any stretch of the imagination, that is a very nice profit. While you would still need a sound trading strategy in place, now you also understand that the basis for every trader’s success, whether you are engaged in Forex4noobs or Forex for pros, the first and foremost key for success is good risk management. 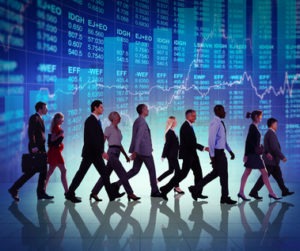 Forex trading is a never-ending process whereby the trader must constantly learn and evolve in order to improve. Ask any trader about their learning experience over the years, and it's quite possible they would liken it to the journey wherein you know where you want to go but you're constantly on the lookout for the safest and most profitable route to getting there. Some traders may focus more on the technical aspects of the trip, including support and resistance levels, or working with appropriate moving averages, etc. Instead, others may rely solely on fundamental data when trading - buying and/or…