US equities  refused to become discouraged yesterday, shaking off  a worse than expected trade  deficit figure  for April that  doesn’t put  economic growth off to a good start  in Q2,  instead focusing on the ISM Services PMI for May that came in slightly better than forecast at 56.3, and the release of the Federal Reserve’s Beige Book where all 12 regions in the United States saw moderate growth over the reporting period.   Despite many economists trimming back their expectations for  Q2 GDP growth in the  US  after  a  rise in imports pushed the April trade deficit to $47.2bn, the S&P hit a fresh all-time closing high at 1,927.88, while  yields on 10-year US debt climbed to 2.60%.

The Loonie was under pressure throughout yesterday’s session, initially finding  an offer tone after export growth for April disappointed and resulted in a  trade deficit of $0.64bn, then was smacked lower when the Bank of Canada  released their  supporting statement  around keeping  interest  rates unchanged at 1.0%.   The BoC didn’t throw any curve-balls to the market in terms of the language within the statement, but the nod to  headline inflation ticking up to 2.0% as a result of transitory considerations such as higher  energy prices was slightly more dovish than markets had  anticipated, and pushed USDCAD into the mid-1.09s.   The  overall statement was fairly balanced and kept with the BoC’s well-documented neutral  stance towards monetary policy, referencing improved corporate profits  supporting business investment in the coming quarters.   The central bank held back from  using language to outright talk down the Loonie, but did mention the lower  CAD  set up the export sector for a decent rebound when foreign demand strengthens.   All in all, the remarks about downside risks to the inflation outlook remaining as important as before stoked the bearish  Loonie sentiment that has been unfolding over the last few sessions, as momentum turns in favour of the USD with the  pair breaking above the 50-day moving average.

As many market participants were keenly  focused on the European Central Bank interest rate decision, overnight trading throughout the Asian session  was consequently quiet  with  traders not wanting to carry too much risk heading into the announcement.    The  Nikkei was  unable to  move away  from the 15,000 level with conviction, ending slightly higher up by 0.08% as the  Shanghai Comp managed to squeeze out more attractive gains with a 0.79% increase after China’s composite PMI reading edged back into expansionary territory up to 50.2 vs. the  49.5 registered last month.

Looking across the Atlantic, there wasn’t much competition for what central bank  announcement to  focus on this morning, which was confirmed after the Bank of England chose to hold their both their benchmark interest rate and level of asset purchases unchanged as expected.   With no supporting statement  after the decision,  Sterling traders will have to look towards the release of the meeting  minutes on  June 18  to try and  decipher how the debate on spare capacity played out between the members of the MPC, and if there  could be any chance for dissent later in the year should Carney continue to advocate for an accommodating monetary policy environment.

As the market had increasingly anticipated  since the close of last month’s press conference, the ECB acted as expected this morning, loosening monetary policy  with cuts to interest rates that  subsequently pushed the main refinancing rate to 0.15% and the deposit facility to  -0.10%; the first time the ECB has charged banks to hold funds on deposit.   There is a debate surrounding  if the negative deposit rate will  actually  achieve what the central bank is looking for, as it has been noted that regional  banks actually don’t hold a lot of money in the ECB’s deposit facility anymore, and therefore the step to encourage an exodus of funds on hold with the ECB won’t unlock a lot of liquidity or free up additional lending to the retail market.   In addition, because there has been a shift away from the deposit facility at the  ECB, the question  now  becomes whether  banks are willing to pay  the ECB to park  their cash, or if this move will spur banks to  try and  do more to put their cash balances to work.   In summary, because negative deposit rates for a major developed central bank are still a new phenomenon, the result of this experiment won’t be  know right away.

The key part of the the rate statement from the ECB was that further policy measures to enhance the monetary policy transmission mechanism will be communicated at  Draghi’s subsequent press conference, which  pummeled  the EUR and sent it  into the mid-1.35s against the USD.    As we go to print the press conference is underway, and the initial comments from the head of the ECB have piled on the sour sentiment towards the common-currency unit, with Draghi unveiling a round of targeted LTRO measures aimed at juicing lending to SMEs, along with announcing that the  Governing Council is working on readying an outright QE program.    According to Draghi the initial size of the LTRO is targeted at â‚¬400bln (compared to the last LTRO that was â‚¬1tn) and encompasses preparations for ABS purchases.   In addition to the targeted lending facilities, interest rate cuts, and the promise that QE is right around the corner should inflation expectations  fail to recover, the ECB has  also suspended sterilization of the SMP, which should help prop up liquidity throughout the  zone.    EURUSD took another leg lower after Draghi began speaking, but has since  found support at the 1.35 handle as willing buyers emerged.

Heading into the North American open, market conditions will likely continue to be choppy as Draghi’s press conference continues and  investors digest the  headlines, though equity futures are pointing to a modestly higher open on the hope of more accommodating lending conditions for the  Eurozone.    Commodities are mixed  heading into the latter part of the week, with Gold continuing to  be supported just south of $1,250/ounce, though front-month WTI is  trading with a bit of a  weight this morning as  the light-crude changes hands  in the low $102/barrel  range.  The Loonie is slightly stronger  against the big dollar this morning, despite building permits for the month of April coming in  weaker than expected with only a 1.1% increase when analysts had anticipated an increase of 4.0%.   The function of the Loonie’s bid tone this morning is more a function of cross-currency price action, with a slide in EURCAD stoking demand for the Loonie as traders rush to the exits in anything EUR-related.

The economic docket fails to slow down into the end of the week, with employment numbers from both Canada and the US set to drop first thing  tomorrow  morning.   The ADP employment report that was released yesterday showed that job creation in the US moderated over the month of May with the economy only adding 179k private jobs, below expectations of 210k new positions, but still in line with average seen over the last twelve months.   The soft ADP  release from yesterday puts the risk at a miss to the downside for the Non-Farm Payrolls report from the BLS  tomorrow; however, if  the number does come in south of  the 218k that analysts are currently forecasting, some of the  sting will have already been absorbed from the response to the weaker  ADP print yesterday.    In addition, while an NFP number less than 200k won’t mean much in terms of the Fed’s taper schedule, the ancillary measures of average workweek hours and earnings will be closely eyed by the Fed to determine the overall slack in the labour market, factoring in to their decision on when the first rate hike should occur.   Watch for the aforementioned below the line factors to affect trading patterns post-release, and should the headline jobs number manage to paint a more optimistic picture than the ADP, look for the investors to increase exposure to the USD.

North of the 49th parallel is  in a similar situation when looking at the labour market, with mediocre gains dominating the beginning of 2014.   The decent employment number for March was marred by the fact the majority of the gains were in part-time work, with full-time employment taking another hit in April as the total job losses amounted to 28.9k.   The median analyst estimate is calling for an addition of roughly 25k new jobs for the Canadian economy, though we still remain within an environment where it is likely to see choppy labour market activity until businesses are confident external demand is increasing, so it won’t be hard to look past  tomorrow’s  number as requiring more validation before claiming a trend is in progress.

Did Draghi make a critical mistake with forward guidance? 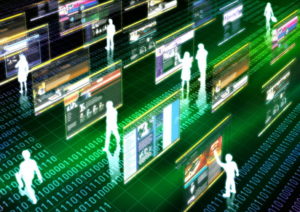 US equities  refused to become discouraged yesterday, shaking off  a worse than expected trade  deficit figure  for April that  doesn't put  economic growth off to a good start  in Q2,  instead focusing on the ISM Services PMI for May that came in slightly better than forecast at 56.3, and the release of the Federal Reserve's Beige Book where all 12 regions in the United States saw moderate growth over the reporting period.   Despite many economists trimming back their expectations for  Q2 GDP growth in the  US  after  a  rise in imports pushed the April trade deficit to $47.2bn, the…