After the ECB left the interest rates unchanged, Draghi presented the bond buying program: Outright Monetary Transactions – OMT.  Receiving ECB help doesn’t necessary mean a full adjustment program, but could be a “precautionary one” – ECCL  – Spain might get easier terms or a soft bailout. Tension is high, even though many details have already been leaked.

EUR/USD has already moved higher, above the triple top but it fell strongly afterwards. Live blog of the press conference.

12:31 Growth expected to remain weak due to high uncertainty.

12:32 OMTs will enable to counter distortions in bond markets due to unfounded reversibility of the euro. EUR/USD leaps to 1.2644.

12:32 Euro is irreversible. Countries should make reforms. Moves will remain strictly in the mandate.

12:34 More details: economies have deteriorated: mentions contraction in Q2. Where are the details about the bond buying scheme?

12:35 Inflation due to euro denominated oil prices. So, inflation is high now but will fall later.

12:38 Draghi wants ESM and EFSF to come into action: pressure on the German constitutional court?

12:40 Prices developments should remain in line with goals.

12:41 Fiscal compact necessary for all of the above, and more Euro integration.

12:43 It can be a regular adjustment program (like Greece) or a new program called ECCL.

12:44 This program could be used for countries already in a program.

12:46 Updates every week, summaries every month.

12:46 SMP terminated –  sterilization  will continue and program will disappear when the bonds mature.

12:49 Decision not unanimous. “It’s up to you to guess”. Everybody knows it’s Jens Weidmann.

12:55 These decisions are necessary to restore the capacity to control the singleness of monetary policy in the euro zone.

12:56 Beforehand, also US weekly jobless claims surprised with a drop to 365K, a bit better than 370K expected.

12:56 The short term is closest to monetary policy. It decreases concerns about our seniority.

12:57 Some countries in a bad equilibrium that have bad self fulfilling prophecies.

12:58 “Both legs are needed for this action”. Involvement of the IMF shall be sought.

13:00 Bond markets are distorted in the eurozone.

13:15 The program is meant to be a full backstop for tail risks.

13:18 I would have preferred full unanimity. Governments have to take the policy. Concurrent policy action is necessary to complement monetary policy. Otherwise, effects of interventions are not very strong.

13:21 Was the “precautionary program” a hint for Spain or Italy? Answer: No. Oh really…

13:24 Draghi refuses to say when the program will begin – that means that Moody’s could downgrade Spain before the ECB moves. Moody’s expected to move before the end of September on Spain.

13:27 ECB will buy bonds of countries under adjustment program only if they regain market access.

13:29 While euro reversibility worries are unfounded, some countries’ yields are due to real worries.

13:30 “We will monitor the situation very carefully. There is a risk that the debt issuers will move to the short term, but this would leave an unbalanced debt curve.

After declaring that yields are unacceptable last time and saying the ECB will buy bonds, it is now time for some details from the head of the ECB. Leaked details talked about no QE. 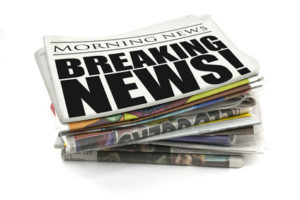 After the ECB left the interest rates unchanged, Draghi presented the bond buying program: Outright Monetary Transactions - OMT.  Receiving ECB help doesn't necessary mean a full adjustment program, but could be a "precautionary one" - ECCL  - Spain might get easier terms or a soft bailout. Tension is high, even though many details have already been leaked.   EUR/USD has already moved higher, above the triple top but it fell strongly afterwards. Live blog of the press conference. Highlights: ECB presents bond buying scheme: OMT  Outright Monetary Transactions Meant to battle the unfounded doubts about the euro. Projections are…