Jean-Claude Trichet said that the ECB is “monitoring very closely”, but immediately announced an LTRO plan to supply liquidity – pushing money to the markets. The ECB intervened in the markets, but at a very limited scale, apparently without touching Spanish and Italian bonds.

The best show in town for euro traders ended with a lower euro, and higher uncertainty. Here is a wrap up of the live blog.

Earlier, the ECB left the rates unchanged as expected. The Minimum Bid Rate remains at 1.50%, after the hike made last month. Will Trichet address the debt crisis?

Trichet officially has a single mandate – to keep prices stable, at 2% yearly inflation, or a little below. This may guide his code words, which are likely to be between “monitoring closely” and “monitoring very closely”. There are other options. See the ECB preview for more. 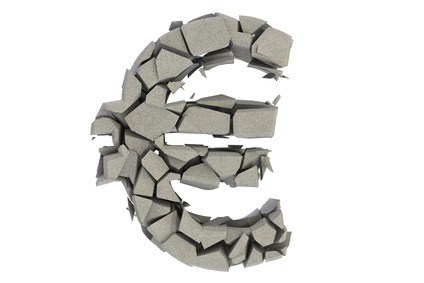 Yet the ECB has the power to buy bonds en-masse, lower the soaring Italian and Spanish yields and restore confidence. During one of his previous press conferences, the ECB was buying a lot of bonds. Will it happen now? The current powers of the bailout fund disable it from acting. Trichet is not limited. Will he become a super hero?

12:32 “Monitoring Very Closely” -Euro is up -but next statement erases it.

12:34 LTRO Announced – supplying liquidity to the markets due to the extreme market conditions. – Intervention! Will begin on August 9th

12:36 Strong growth in Q1 has slowed down. Moderate expansion is expected, especially exports.

12:44 Public debt ratios should fall – moves should be front loaded.

12:48 Questions begin: Will the ECB buy bonds? He points the reporters the weekly release of this data on Monday.

12:52  He refuses to talk about the scale of the SMP program…

12:55 Trichet says that it is the  responsibility  of the governments to take care of the financial crisis. Euro falls again.

12:57 The ECB will guide the EFSF. Trichet points the finger to the governments again.

12:59 Question: What do you think about the market moves? Answer: “We have observed tendency of a liquidity issue .. absence of smooth market  functioning” – Trichet was  hesitating  with the answer.

13:00 Trichet says that by the end of the conference, things will happen in the markets – Euro is slightly up, bonds yields hardly changed.

13:01 Question: Is the ECB out of sync? No. I don’t comment on other central banks – only one needle in the the compass.

13:04 EUR/USD is moving higher on an intervention of the ECB in the markets.

13:07 Decision on monetary policy was unanimous – this means that the bond buying was NOT agreed by everybody.

13:11 Hints that QE can created damage in the long term, and that the ECB strictly separates monetary and other policy.

13:13 Asked about moral hazard, Trichet says that the governments have to be ahead of the curve.

13:18 Q: Is Italy ahead of the curve? Trichet says that structural reforms are necessary and front loading of debt cut is also necessary.

13:21  Will Italy bail out of the next Greek bailout tranche? Trichet says he doesn’t know, and that it would be an “extraordinary thing”.

13:24 According to one reporter, only Portuguese and Irish bonds are bought, no Italian bonds. Trichet refuses to answer.

13:26 Euro deepens falls after this comments. Italian and Spanish yields are unchanged at 6%. Spanish bonds are at 6.15%.

13:27 NOT  unanimous  on bond purchases, but overwhelming majority on it.

13:31 Trichet is not in favor of the Japanese intervention.

13:33 Trichet insists that the decisions made in Brussels should be implemented fully and rapidly, and this would prevent an intervention by the ECB.

In the meantime in the US, weekly jobless claims were 400K. Last week’s report was marginally revised to 401K – it is stabilizing lower.

For more about the EUR/USD, see the euro dollar forecast. 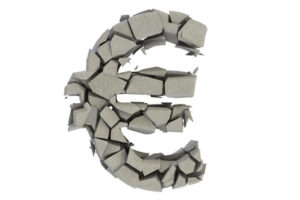 Perhaps Some Minor Improvement? 5 Scenarios for the NFP

Jean-Claude Trichet said that the ECB is "monitoring very closely", but immediately announced an LTRO plan to supply liquidity - pushing money to the markets. The ECB intervened in the markets, but at a very limited scale, apparently without touching Spanish and Italian bonds. The best show in town for euro traders ended with a lower euro, and higher uncertainty. Here is a wrap up of the live blog. Highlights: Fresh liquidity: LTRO 6 months liquidity program announced - a response to the markets. Hints of serious intervention Bond buying announced and happens during the conference - no details about…