Latest
You are at:Home»Opinions»ECB Preview: Five reasons for Lagarde to lift the euro

“Delayed, not derailed” – that has been the message coming from Christine Lagarde, President of the European Central Bank, and she will likely repeat it. However, while the Frankfurt-based institution announced it would bring forward some of its support in its March meeting, the view could be significantly different this time. That could lift the euro.

Here are five reasons for a rosier message:

Many Europeans remain frustrated with the old continent’s lag behind the US and the UK on the immunization front, but the pace of inoculations has substantially picked up. Roughly one in every five residents has received a jab and vaccine deliveries are set to accelerate in the coming months. 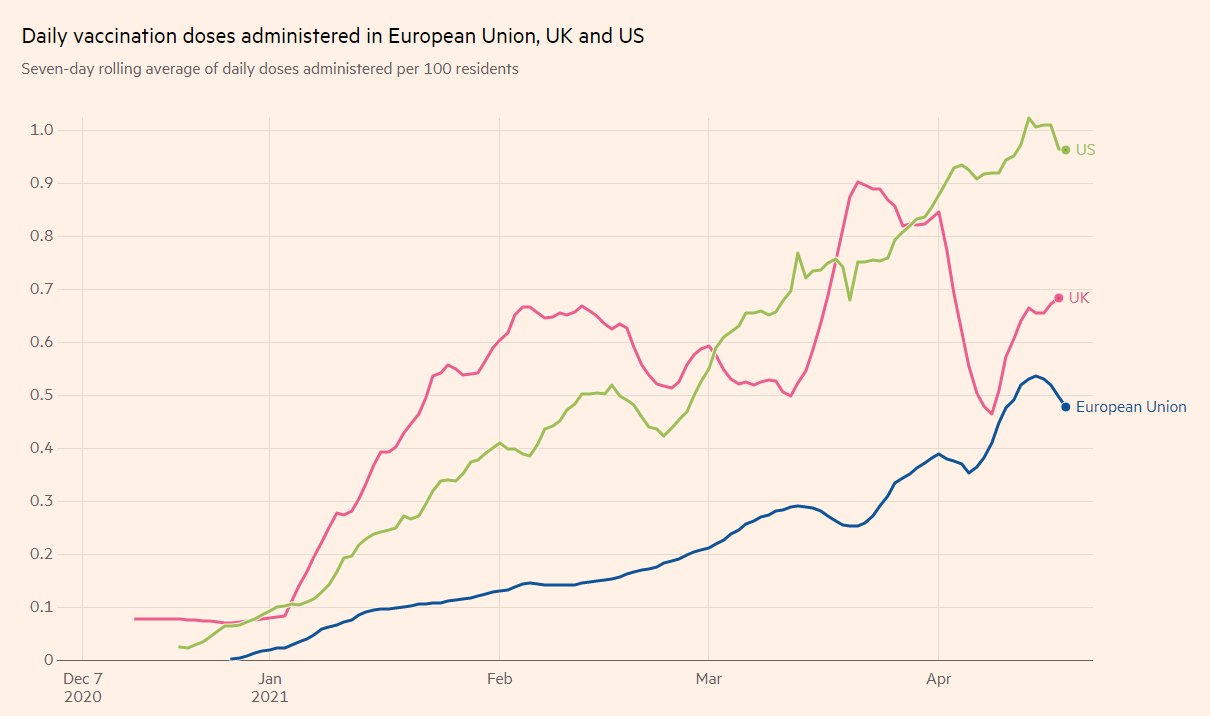 The EU recently announced a boost of 50 million doses of the Pfizer/BioNTech doses are coming this quarter, and regulators may give the green light to Johnson & Johnson’s jabs by the time the ECB convenes. Accelerated prospects of exiting the crisis could be reflected in the bank’s comments.

While some economies are still under a lockdown and COVID-19 infections are high, businesses are optimistic. The German ZEW Economic Sentiment, the Sentix Investor Confidence and Markit’s Purchasing Managers’ Indexes have been rising and surprising to the upside in recent months.

To make forward-looking assessments, the ECB looks at these gauges of future activity and it may also shape their upbeat outlook.

“When the US sneezes, the world catches a cold” – goes the adage about economic crises, and the same goes for booms. US Retail Sales leaped in March by 9.8%, a result of US vaccinations and massive fiscal and monetary stimulus. Americans not only consume local goods but also purchase products and source materials abroad.

The US recovery is set to lift the global European economies, and is also a factor in Lagarde’s considerations – and that is before President Joe Biden passes his vast infrastructure bill.

Last month, the ECB announced it would bring forward some of its bond-buying to keep yields lower and support the nascent recovery and keep governments’ borrowing costs depressed. The bank publishes its weekly purchases every Monday and it struggles to ramp up its acquisitions, keeping traders perplexed.

Nevertheless, yields remain depressed, helping governments raise money and support the recovery. Returns on ten-year Italian bonds are around 0.80% at the time of writing – roughly half of US Treasuries of the same maturities. German yields are well below zero. 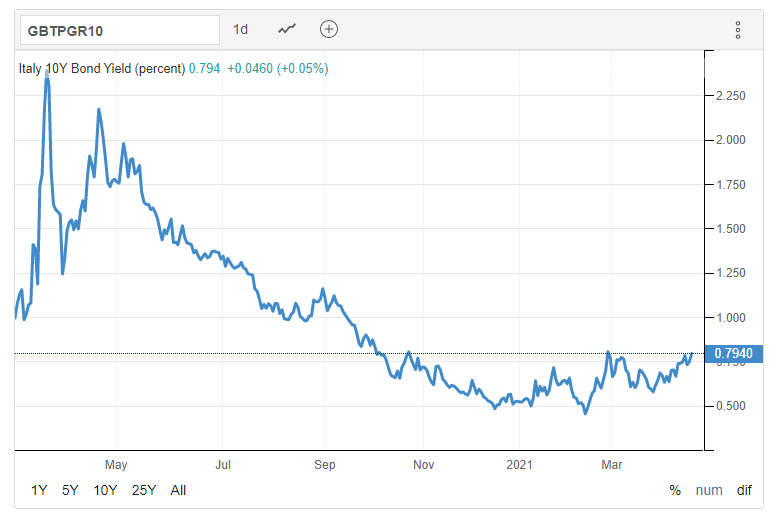 Under these circumstances, the bank may continue buying bonds at a sluggish pace, printing fewer euros while the economies continue recovering.

5) Hawks rising from their nests

The Frankfurt-based institution’s hawks have been rather tame in recent months, as Europe endured new waves of the virus. However, German and other northern members may revert to their inflation-averse roots as consumer prices lift their heads across the pond.

Similar to the positive influence the US boom has on Europe, its rising prices may also affect the old continent. The ECB has a “single needle in its compass” – fighting inflation – and that may bring Bundesbank President Jens Weidmann and several colleagues to hit the breaks.

Any hint that the bank’s Pandemic Emergency Purchase Program may not run its full course – refrain from using the “full envelope” as the ECB says – could also be euro positive.

All in all, the spring brings with it a rosier economic outlook and the ECB has good reasons to be more cheerful. That would boost euro bulls as well.

Get the 5 most predictable currency pairs
Previous ArticleRussia: Central bank to hike by 25bp to 4.75% with a published new rate trajectory – MUFG
Next Article USD/CAD turns positive and jumped toward 1.2850