Latest
You are at:Home»Forex News»EUR/USD: Another dead cat bounce? The Fed is tolerating the return of King Dollar

“Never believe anything until it is officially denied” – this quote, attributed to Otto von Bismarck and others is relevant to how the Federal Reserve is pushing the dollar higher.

Officials at the world’s most powerful central bank are denying the need to taper bond buys in 2021. However, they are contemplating printing fewer dollars – and not mentioning adding new ones. Moreover, the Fed seems to tolerate the increase in long-term interest rates as reflected by higher Treasury yields – the key upside dollar driver.

Raphael Bostic, President of the Atlanta branch of the Federal Reserve, and Robert Kaplan, his colleagues from the Dallas Fed, both mulled a future reduction to the bank’s Quantitative Easing program on Monday. Lael Brainard, a Governor at the bank, speaks on Tuesday and may shed more light on the Fed´s plans.

Why is the Fed allowing returns to rise? Like Wall Street investors, it is seeing through the current hardship and into the post-pandemic world. After several hiccups, it seems that the US is accelerating its vaccination pace, with some 1.25 million doses administered on Monday.

Moreover, Democrats’ win in the Georgia Senate runoffs will allow them effective control of the upper chamber. President-elect Joe Biden will introduce his economic plans on Thursday. The prospects of some $3 trillion in fresh funds for the economy raises the economic outlooks and lessens the case for more monetary stimulus.

The recent retreat of the greenback looks only temporary – a dead-cat bounce in EUR/USD that could end in a fresh downfall.

The political drama continues in Washington. President Donald Trump met Vice-President Mike Pence on Monday and they agreed to work together until the end of their terms on January 20. Trump berated Pence for refusing to overturn the election results – including when the VP was hunkered down in the Capitol amid the mob attack.

Pence is now unlikely to heed calls by Democrats to remove Trump by using the 25th Amendment, paving the way for impeachment by the House on Wednesday. The chances for ousting Trump in the eight days left for his term are diminishing, but fears of violence are growing. Markets continue shrugging off the historic developments.

Coronavirus continues raging on both sides of the Atlantic, albeit at a marginally slower pace in Germany. The full impact of the festive season – when families met – is still to be seen. The new covid variants have been blamed for a quicker spread. The pressure is mounting on European governments to increase vaccinations. 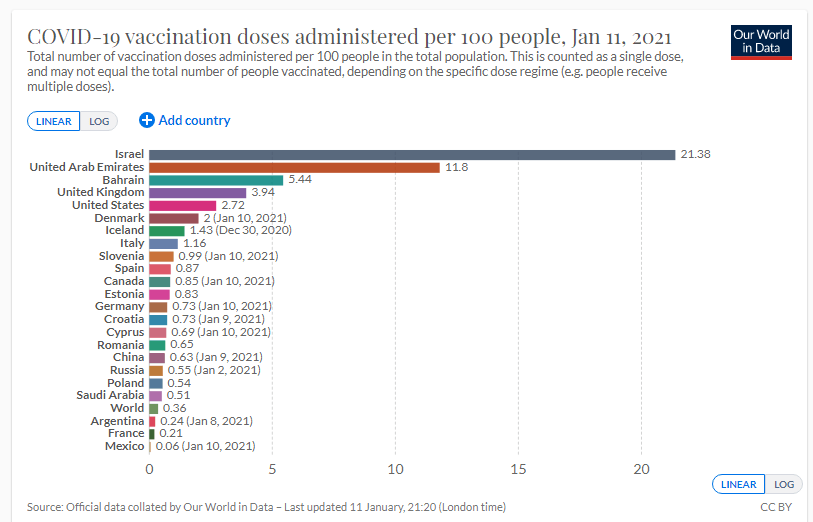 Overall, there is room for the dollar to resume its gains – at least until the Fed has a change of heart, which is unlikely while stock markets do not crash. 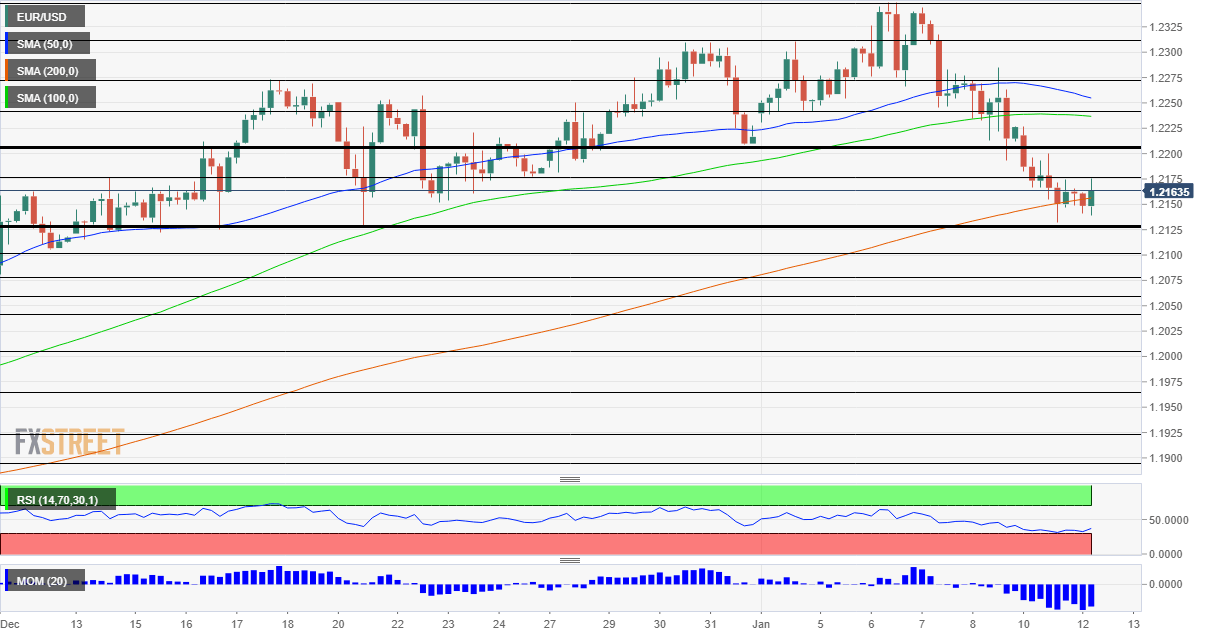 Euro/dollar has been holding above critical support at 1.2125, which is now a double-bottom after hitting that level on Monday. While holding onto that level is a bullish sign, bears are gaining ground. The currency pair is struggling to trade above the 200 Simple Moving Average on the four-hour chart and momentum remains to the downside. Moreover, the Relative Strength Index is above 30 – thus outside oversold conditions.

Get the 5 most predictable currency pairs
Previous ArticleWTI refreshes 11-months tops, nears $53 mark
Next Article EUR/USD: Dollar to resume its gains until the Fed has a change of heart