Latest
You are at:Home»Forex News»EUR/USD at the crossroads after the big fall

The EUR/USD has reached a low of $1.2027, the lowest since January 12th. It fell below the April 27th low of $1.2055. The prominent driver is the US Dollar, which is strengthening across the board. The greenback continues enjoying elevated, albeit not rising US bond yields. Also, the rise of the Core PCE to 1.9% and the mediocre euro-zone data on Monday all weigh on the pair.

The moves are exacerbated by thin liquidity. Most European markets are off due to the Labor Day holiday. Trading conditions will improve later on as US traders start their day. The highlight of the US session is the ISM Manufacturing PMI for April, which is expected to drop from 59.3 to 58.4 points. 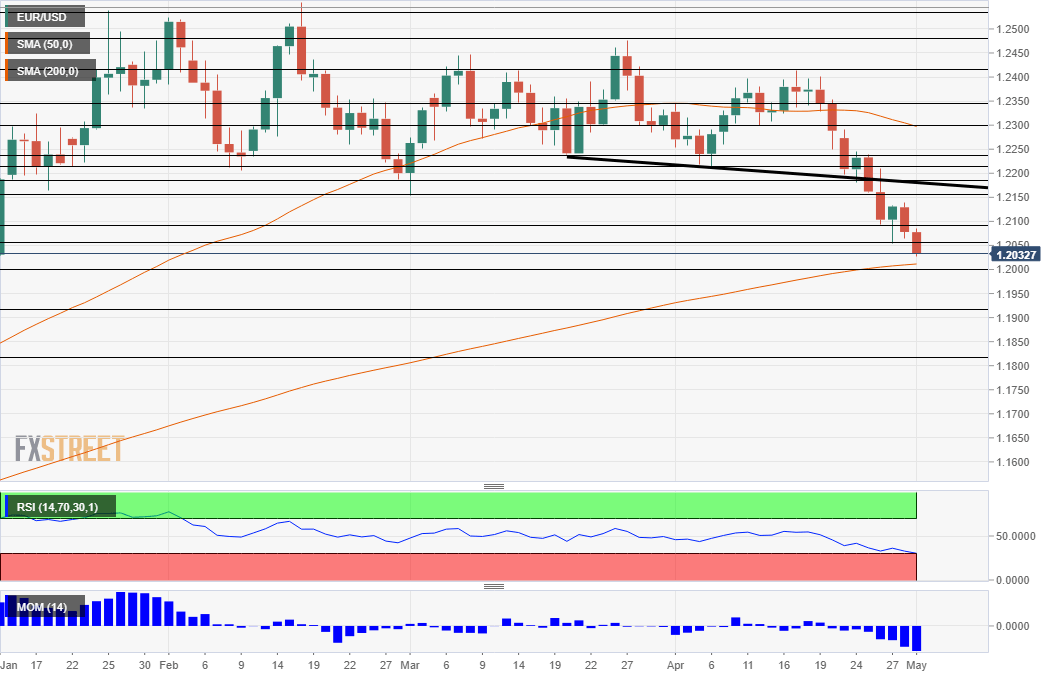 Will the mix of these two critical levels and oversold conditions send the pair bouncing back up? Or will thin liquidity and the strong momentum that the US Dollar enjoys be sending the EUR/USD over the line? The pair is at the crossroads.

More: Fed May decision: Dotting the i’s and crossing the t’s for the June hike

Get the 5 most predictable currency pairs
Previous ArticleGBP/USD: Too Early For Throwing In The Towel On Constructive GBP View – ING
Next Article FOMC Preview: A warm up for a hike next time and maybe some trade worries