Latest
You are at:Home»Forex News»EUR/USD bears have the upper hand and for good reasons

The coronavirus has reached the EU’s capital with Belgium reporting its first case of the disease – but that is only an anecdote, not the reason for EUR/USD’s fall. The eurozone’s economic malaise of low growth and a struggling manufacturing sector is well known, and it looks worse amid the bounce in the US industry.

The ISM Manufacturing Purchasing Managers’ Index hit 50.9 in January – a leap of over three points and returning to growth. Any figure above 50 represents expansion. ISM’s upbeat figures, which included a jump in the forward-looking New Orders component, gave a boost to the dollar.

The US publishes Factory Orders figures for December later in the day. Investors are awaiting Friday’s Non-Farm Payrolls report.

Returning to the coronavirus outbreak that grips headlines, the disease continues spreading. The number of infected has topped 20,000 and over 400 lives have been claimed. Two South Korean giants, Hyundai and LG, have been forced to halt production due to issues related to the virus. China is considering lowering its growth forecasts and also reopening the trade agreement with the US.

While stock markets are back to relative calm, the worrying news is underpinning the safe-haven US dollar

The US Democratic Party’s initial contest has run into chaos as technical issues prevented the opposition from publishing results of its Iowa caucuses. The race to confront President Donald Trump is currently off the radar for investors, but this may change upon a decisive result.

Back in the old continent, Spain reported a substantial increase in unemployed – 90,000 in January. The eurozone’s fourth-largest economy has been one of the leaders in growth and enjoyed several years of falling joblessness. Is it now the canary in the coal mine? The continent’s labor markets have been thriving despite the sluggish expansion, yet this could be coming to an end.

Nevertheless, some in the European Central Bank are thinking about how to end the massive stimulus plans. Jens Weidmann, President of the German Bundesbank, said that he is open to “simplifying” the inflation goal but rejects ushing the target higher. Currently, the ECB aims to hold inflation at “2% or close to 2%.” His words come on the backdrop of the Frankfurt-based institution’s strategic review, which pits hawks like him against doves who want more accommodation. 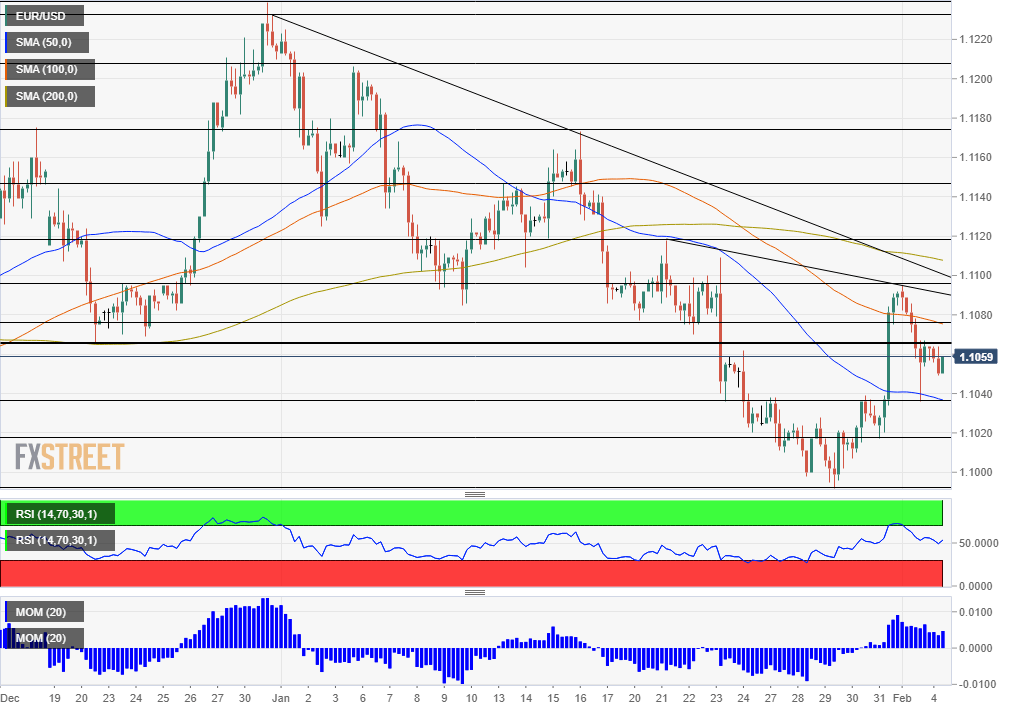 Euro/dollar has fallen back below the 100 Simple Moving Average on the four-hour chart after failing to reach the 200 SMA. However, it trades above the 50 SMA and enjoys upside momentum. All in all, the picture is mixed.