The US dollar has been forced onto the back foot in the last few sessions to test the commitments of the bulls at critical support as evident in the DXY.

A couple of fundamentals have been in play driving the trajectory of the greenback.

Firstly, the September Federal Open Market Committee meeting was focused on the new average inflation-targeting policy as well as how to communicate forward guidance in light of a new framework.

The hints that there may be shifts in the quantitative-easing program is something that markets will be watching closely.

According to the Fed minutes, there were some details that indicated that the QE program’s attention will be moved toward the longer end of the curve.

Fiscal stimulus has been talked about numerous times from various Fed officials and, much to the pleasure of the stock market on Wednesday and Thursday, President Donald Trump walked back on his calling for a halt to negotiations.

Trump has urged Congress to pass money for airlines, small businesses, and relief checks for individuals after abruptly calling off negotiations.

Reports that US House Speaker Nancy Pelosi and the White House could hammer out a $25-billion rescue package for commercial airlines boosted that sector on Wednesday.

This has fueled hopes that broader pandemic relief could be forthcoming, lifting the mood on Thursday and raising all boats, including the euro, if only incrementally.

In other updates, Democratic nominee Joe Biden has been advancing in the polls ahead of the Nov. 3 election, now less than a month away.

This, at first glance, is presumed to be risk-friendly and US dollar negative.

Analysts at Rabobank explained that a Blue Wave would lead to a more substantial fiscal stimulus package that could support optimism about world growth and boost risk appetite.

However, adding that ”this environment may on first sight soften the USD though in the medium term downside could be limited by the coincident assumption that a large fiscal stimulus plan could remove pressure for increased monetary policy stimulus from the Fed.” 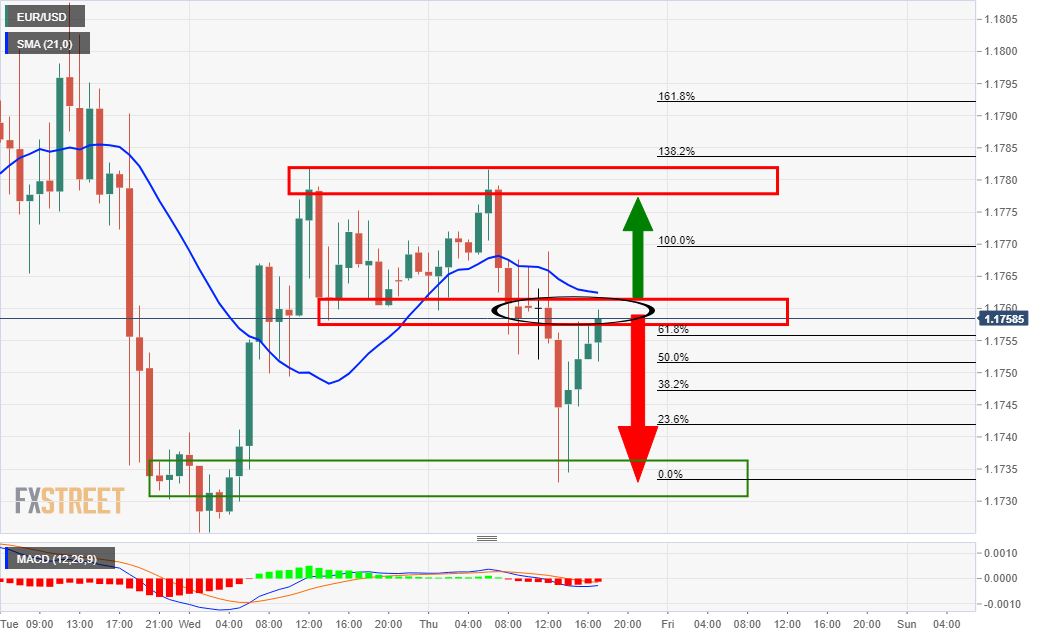 The hourly conditions are bearish according to MACD and while the price is below the 21 moving average.

However, a break of resistance opens risk to an upside extension towards the 1.1780 structure area.

Failures at resistance will likely see the price back to test the support in the 1.1725/30 area.

Meanwhile, support in the DXY has, so far, held: 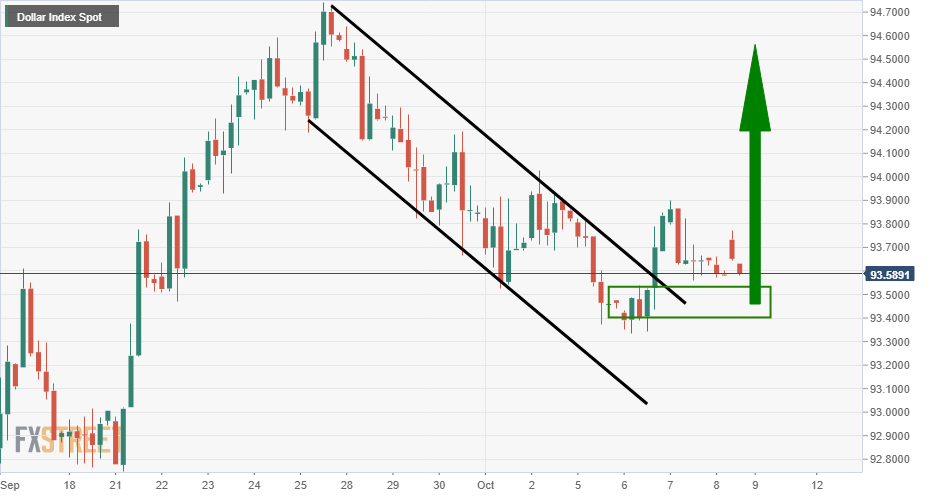 The above analysis offers a bullish case for the greenback.

EUR/USD bulls are taking charge towards a key level of resistance. The US dollar is holding its own at critical support. US elections and stimulus are the main drivers with less than a month to go until US Election Day.  EUR/USD is currently trading at 1.1755 between a low of 1.1732 and 1.1781, catching a bid in a risk-on New York session.  The US dollar has been forced onto the back foot in the last few sessions to test the commitments of the bulls at critical support as evident in the DXY. A couple of fundamentals have been in play driving the…