Latest
You are at:Home»Forex News»EUR/USD falls with German coalition talks

German Chancellor Angela Merkel was unable to form a coalition. The talks between her own CDU party, the sister Bavarian CSU party, the Greens, and the FDP failed. A weekend full of negotiations was inconclusive.

Update: EUR/USD shows its muscle: a full recovery from the fall

Here are the recent movements: 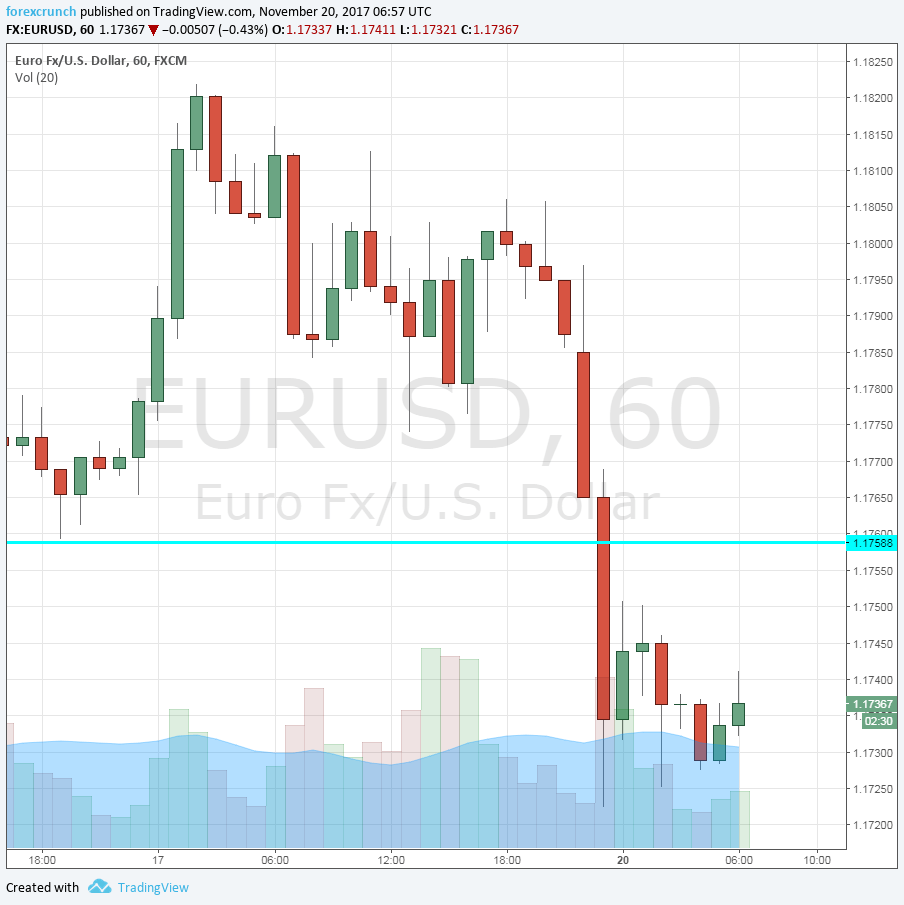 The main differences between were on the questions of immigration. The business-friendly FDP walked out of coalition talks, saying the differences with the Greens were too big.

Merkel will officially inform the President that she failed. The so-called “Queen of Europe” added that her party tried everything to make talks work and she regrets the FDP’s decision to walk out.

The options include trying to continue the current grand coalition with the center-left SPD. The party led by Martin Schulz rejected the idea after their failure in the elections and preferred to move to the opposition. Will they change their minds now?

Two other options are unprecedented in modern German political history: forming a minority government that depends on “supply and confidence” agreements (like in the UK), or going to early elections (like Spain in 2016).

The fall of the talks has implications for Europe: advancing any kind of reform with French President Emmanuel Macron is now on ice. Brexit talks may also run into trouble. Fresh elections may strengthen the hand of the extreme-right AfD party.

This comes at a time when the German economy is doing great, but things could change.

Get the 5 most predictable currency pairs
Previous ArticleIs the pound ready to rise?
Next Article One Of The Biggest Opportunities Yet? GBPCHF Wave Analysis