The Federal Reserve was in the spotlight last week, lowering rates for the first time in 10 years. The key question facing investors is whether the move is a “one and done” or is there more easing to come? Clearly, Fed Chair Jerome Powell clearly didn’t want to tip his hat too much in his press conference, but his comment that the cut was a “mid-cycle adjustment to policy” seemed to hint against further easing in the near future. This perception sent the U.S. dollar higher, while stocks headed south. Elsewhere, U.S. employment numbers were a mix. Wage growth rose 0.3%, above the forecast of 0.2%. However, nonfarm payrolls slipped to 164 thousand, down sharply from 224 thousand a month earlier.

1.1390 was a stepping stone on the way up in late January and capped EUR/USD earlier.

The eurozone continues to grapple with weak growth and inflation and the manufacturing sector continues to struggle. The euro could face further headwinds, and the symbolic 1.10 level could be under pressure this week. 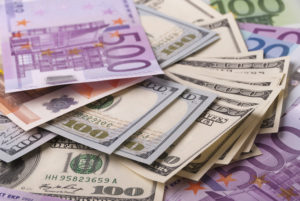 EUR/USD posted small losses last week. The key events in the upcoming week are services PMIs. Here is an outlook at the highlights and an updated technical analysis for EUR/USD. Manufacturing PMIs in the eurozone and the largest eurozone economies showed contraction in June, as the manufacturing sector continues to stumble. On the inflation front, Eurozone CPI Flash Estimate dipped to 1.1% in July, its smallest gain since December 2016. There was positive news from eurozone retail sales, which posted a sharp gain of 1.1%. Late in the week, U.S. President Trump announced new tariffs on Chinese products, shaking the…