Latest
You are at:Home»Forex News»EUR/USD gets a few shots in the arm and may mount a (successful?) attack on 1.2150

Time for a new driver? EUR/USD bulls have been at the mercy of falls in the dollar – but that may finally begin to change. Several positive developments in the old continent may tilt the currency pair higher, regardless of the ebb and flow in US yields.

EU vaccinations: After nearly stalling for several weeks, fresh deliveries of covid vaccine doses have revived the old continent’s efforts. Moreover, AstraZeneca – a pharmaceutical that had been on a collision course with the EU over supplies – plans to double its output.

Germany has announced a further improvement in its coronavirus statistics. Europe’s locomotive has seen a drop of active COVID-19 cases to around 155,000, the lower since late October. Other countries are also seeing tentative declines from the peak. 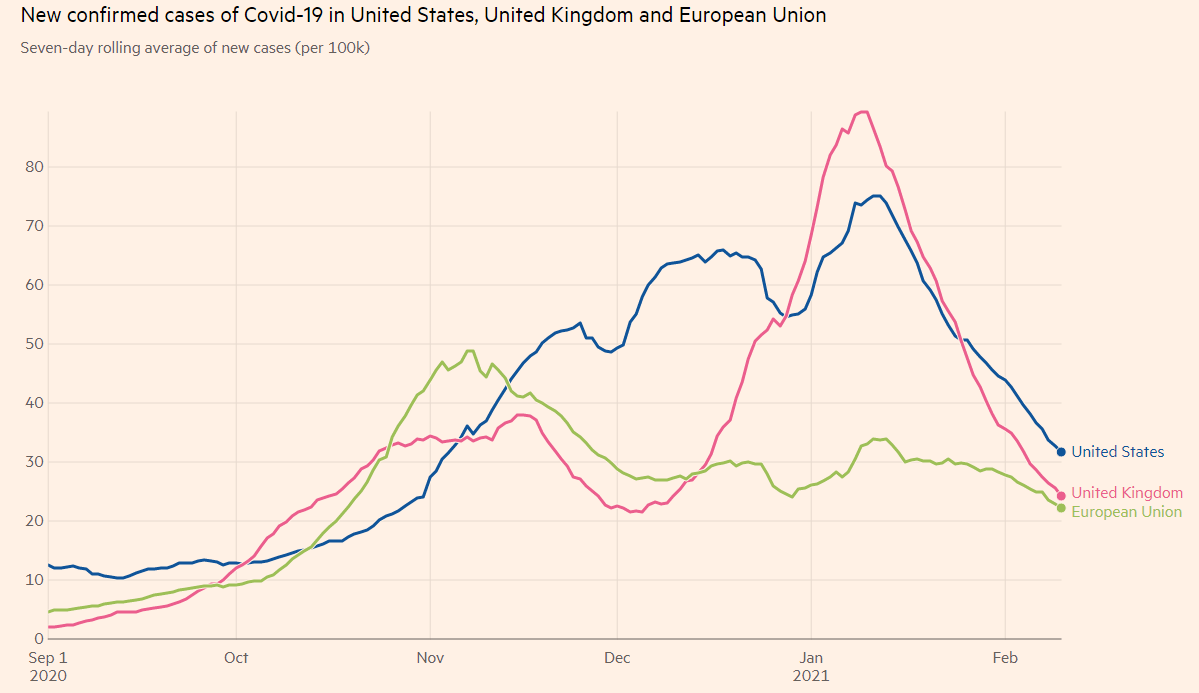 Another positive development comes from Italy. Most political parties in the eurozone’s third-largest economy have agreed to back former European Central Bank President Mario Draghi to lead the country. The incoming Italian Prime Minister enjoys unmatched clout in financial markets and helps boost confidence in the economy.

On the other side of the Atlantic, President Joe Biden continues pushing his proposed $1.9 relief package, yet details remain scarce as the political energy is focused on former President Donald Trump’s trial for inciting insurrection. It seems that markets are already pricing a generous bill, with US bond yields mostly reflecting that. A potential decrease in returns on US debt – a “buy the rumor, sell the fact” response to better growth prospects, may weigh on the greenback.

The economic calendar could also push the greenback back down. US jobless claims disappointed with 793,000 in the week ending on February 5, worse than expected. The focus on Friday is the University of Michigan’s preliminary Consumer Sentiment gauge for February.

All in all, the scales are tilted toward EUR/USD bulls.

Euro/dollar has been trading above the 50 and 100 Simple Moving Averages but below the 200 SMA on the four-hour chart. That 200 SMA comes out at 1.2150, converging with Thursday’s highs – and not too far from the peak in late February. Overall, 1.2150 is critical resistance. The Relative Strength Index is below 70, thus outside overbought conditions, allowing for fresh gains.

More The once and future recovery: Will stimulus prove a springboard or bubble?