Latest
You are at:Home»Opinions»EUR/USD levels to watch after Draghi’s 5 downers

Here are the factors, followed by the levels:

1) Forward guidance: The ECB moved its pledge regarding low interest rates from “through the summer,” aka September, to the end of the year. This was expected to happen at some point, but not now.

2) Cheap money to banks: Like the previous decision, a move to provide additional cheap money to banks via the TLTRO program was on the cards, but not so soon. The early move caused some analysts to paint the decision as a “panic move.”

3) GDP forecast slashed: The reasoning for the dovish shift came from the new ECB staff forecasts. Forecasts for inflation were cut for 2019, 2020, and 2021. The same goes for GDP growth forecasts, and the downgrade that stood out was for 2019 growth: from a mediocre 1.7% to a meager 1.1%. This reflects the pessimism.

5) Unanimous decision: The decision was unanimous, including hawks such as Bundesbank President Jens Weidmann. The head of the German central bank is not competing for the top job anymore and may have been more hawkish now that he does not have to please anyone. Nevertheless, he went with the flow. 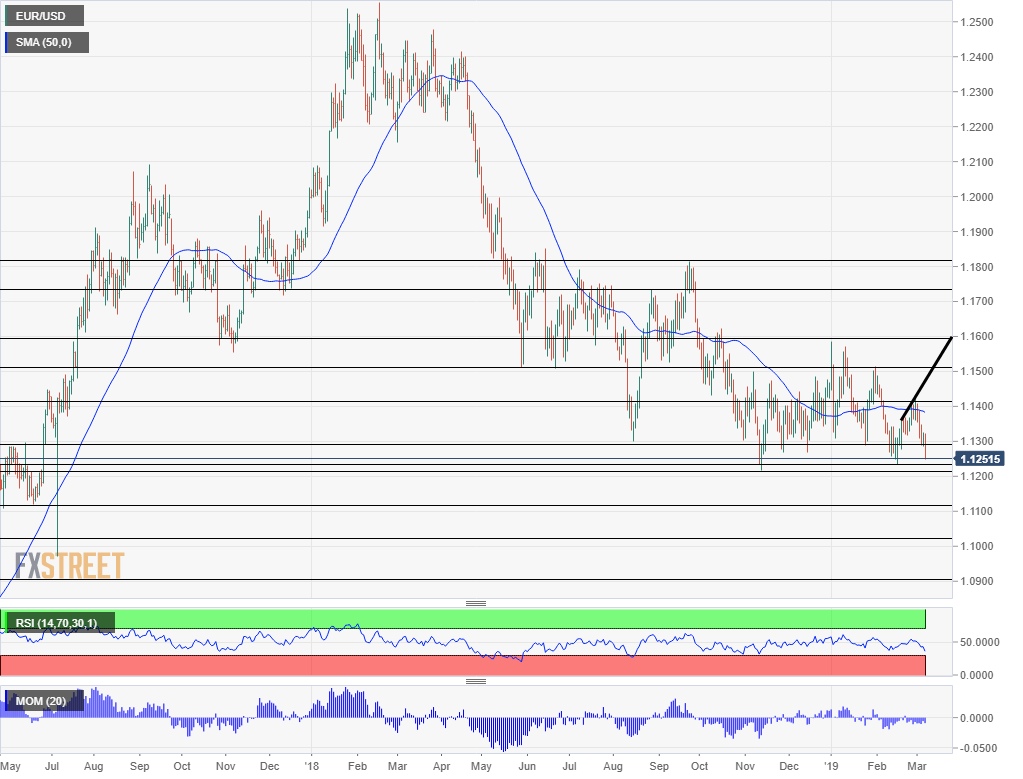 Get the 5 most predictable currency pairs
Previous ArticleECB today tried to get ahead of the curve – ING
Next Article GBP/USD Technical Analysis: Cable bears challenging the 1.3100 figure