EUR/USD  has returned to range after failing to rise above 1.11. Is it set to fall? Not so fast. The charts marginally favor the upside.

Below, euro/dollar has support at 1.0966, which is where the Pivot Point one-month Support 1 and the PP 1w-S2.

Above, the target is 1.1179, which is the confluence of the previous monthly high and the SMA 200-one-day. 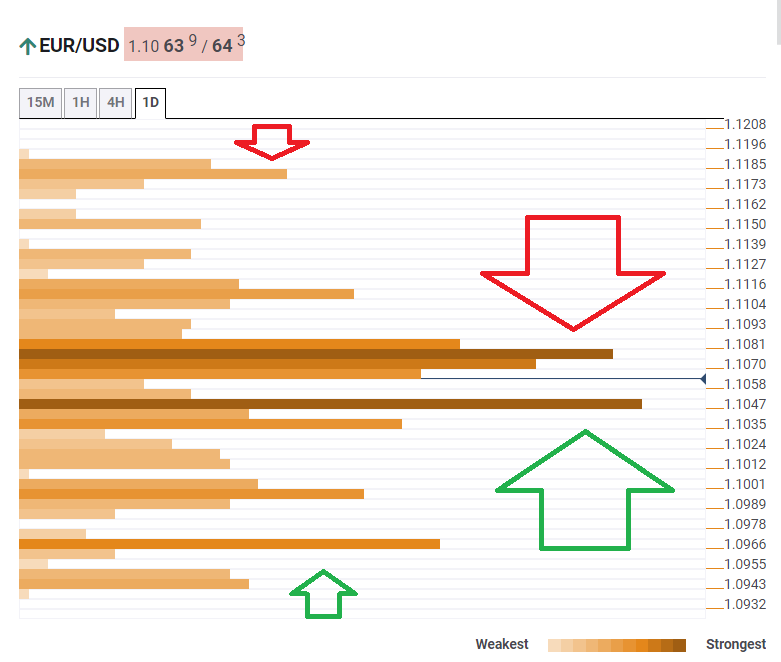 The Confluence Detector finds  exciting opportunities using Technical Confluences.  The TC is a tool to locate and point out those price levels where there is a  congestion of indicators,  moving averages, Fibonacci levels, Pivot Points, etc. Knowing where these congestion points are located is very useful for the trader, and can be used as a basis for different strategies.

This tool assigns a certain amount of “weight” to each indicator, and this “weight” can influence  adjacents  price levels. These weightings mean that one price level without any indicator or moving average but under the influence of two “strongly weighted” levels accumulate more resistance than their neighbors. In these cases, the tool signals resistance in apparently empty areas.