EUR/USD extends its gradual decline and trades around 1.1350. Markets are lower in Asia and around the world as the US moves forward with requesting the extradition of Meng Wanzhou, the CFO of Huawei and the founder’s only child. The high-ranking official is held in Canada, and her detention in December dampened relations between the world’s two largest economies. Also, Chinese President Xi Jinping summoned a special meeting of the Party and warned about “serious dangers” as economic risks mount.

These concerns weigh on stocks and spur demand for the safe-haven Japanese yen and US Dollar.

In the old continent, things are no better. The European Commission lowered Italy’s growth forecasts to only 0.6% for the whole of 2019. The move comes just two days ahead of the all-important decision by the European Central Bank.

The ECB, led by its Italian President Mario Draghi, is set to leave all its policy measures unchanged after it ended the bond-buying scheme in December. The statement still pledges a low-interest rate “through the summer,” opening the door to a rate hike in September. However, despite optimism about employment and wages, economic growth has significantly slowed down. Germany probably escaped a technical recession, but its contraction in Q3 does not bode well.

Later today, the German ZEW Economic Sentiment for January will shed some light on the prospects for the euro zone’s locomotive. In the US, Existing Home Sales will be watched for any signs of weakness in this sector. Both are second-tier figures.

US traders return to the scene after a long weekend. Higher trading volume is expected, and perhaps volatility will pick up as well.

The record-long government shutdown continues with no apparent end in sight. The economic damage is already more than anecdotal. Also, several top-tier economic indicators have not been published. 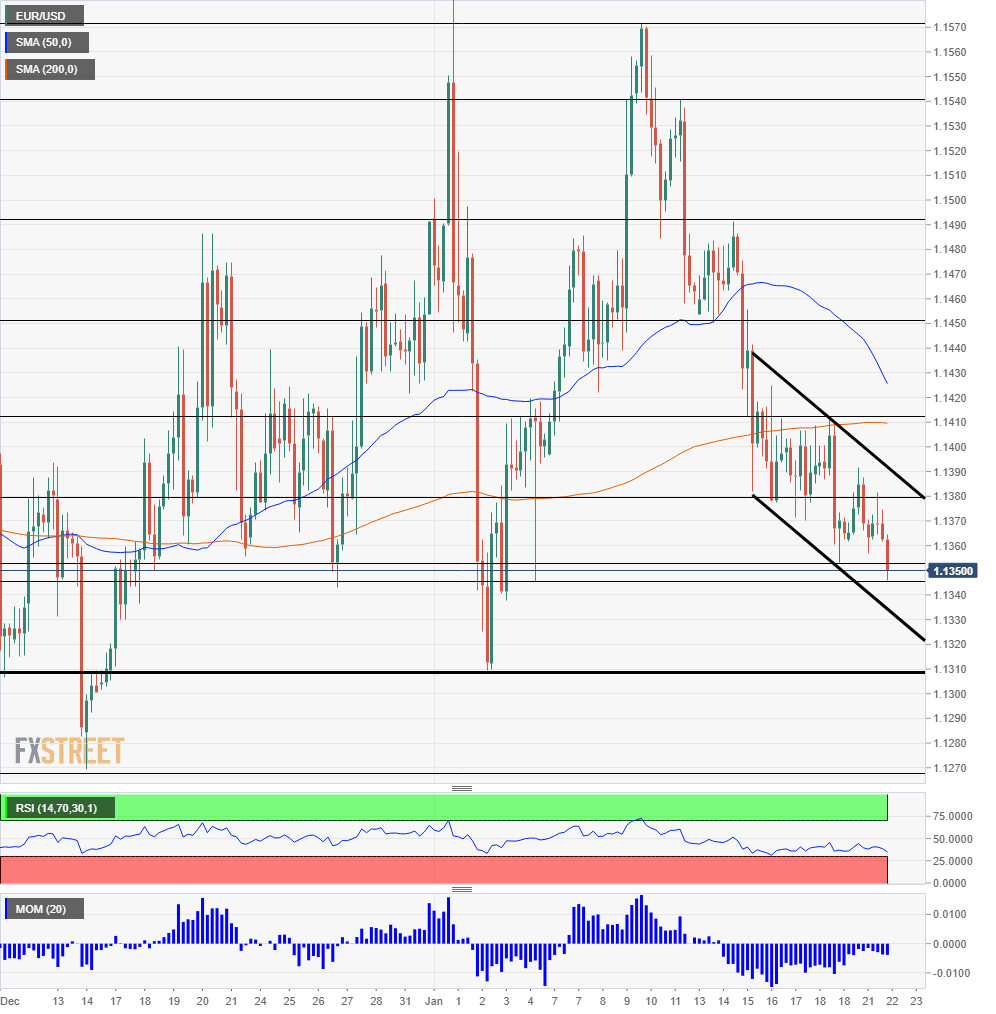 EUR/USD continues trading in the downtrend channel. Momentum is to the downside, and the Relative Strength Index remains above 30, thus not showing oversold conditions. The pair is trading below the 50 and 200 Simple Moving Averages on the daily chart.

All in all, the bears are in control.