On the day, we have heard from both the European Central Bank’s President Christine Lagarde and Chairman of the Federal Reserve Jerome Powell.

Both were reflecting a cautious tone between their central bank’s colleagues.

In fact, in some of his strongest words yet, Fed chief Powell warned of potentially “tragic” economic consequences if Congress and the White House don’t provide more stimulus.

Stimulus and US elections are the driver

However, revived fiscal hopes are animating markets once again and such urgency expressed from the top is fuelling the expectations.

US House of Representatives Speaker Nancy Pelosi and Treasury Secretary StevenMnuchin are expected to speak by phone again on Tuesday on economic relief after speaking for about an hour on Monday.

The latest on that is they have been negotiating over a COVID relief package, but while there has been some progress, big differences remain, especially over the state & local aid which is a huge issue for Pelosi & Democrats.

Politico reports that the US President Donald Trump, who on the weekend tweeted that something must be done, had a call with GOP leaders, including is Treasury Secretary Mnuchin, and House minority leader McCarthy, and Senate Majority Leader McConnell.

Meanwhile, the focus is also on how the US dollar will perform over the coming weeks and post the US elections that are now back on track with the US President on the road to recovery from COVID-19.

While there are plenty of doubts about US growth momentum, the lower than expected Sept unemployment rate and broadly positive consumer and business surveys last week as a clear positive.

A USD revival could be in the making

The US dollar is consolidating within what could be a 5-wave pattern on the DXY charts. More on that analysis below.

But if this is a 5-wave pattern, then there is a rush of upside to come in the not too distant future. A Trump election win could seal the deal.

While the stimulus that is expected to follow is regarded as a catalyst for a lower US dollar, considering a large-scale a fiscal deal would help de-bottleneck the real rate suppression.

However, a sizeable stimulus could secure a more positive 2021/22 US growth outlook and could ultimately give the USD a boost.

That said, Biden’s election odds have not been favourable for USD considering a Blue Wave would likely result in the largest package whereby US deficits would be set to expand even further than under Trump.

DXY Price Analysis: EM-FX/DXY could be a tell-tale sign of things to come

In the above analysis, the US dollar could be poised for a lift-off within a 5-wave pattern. 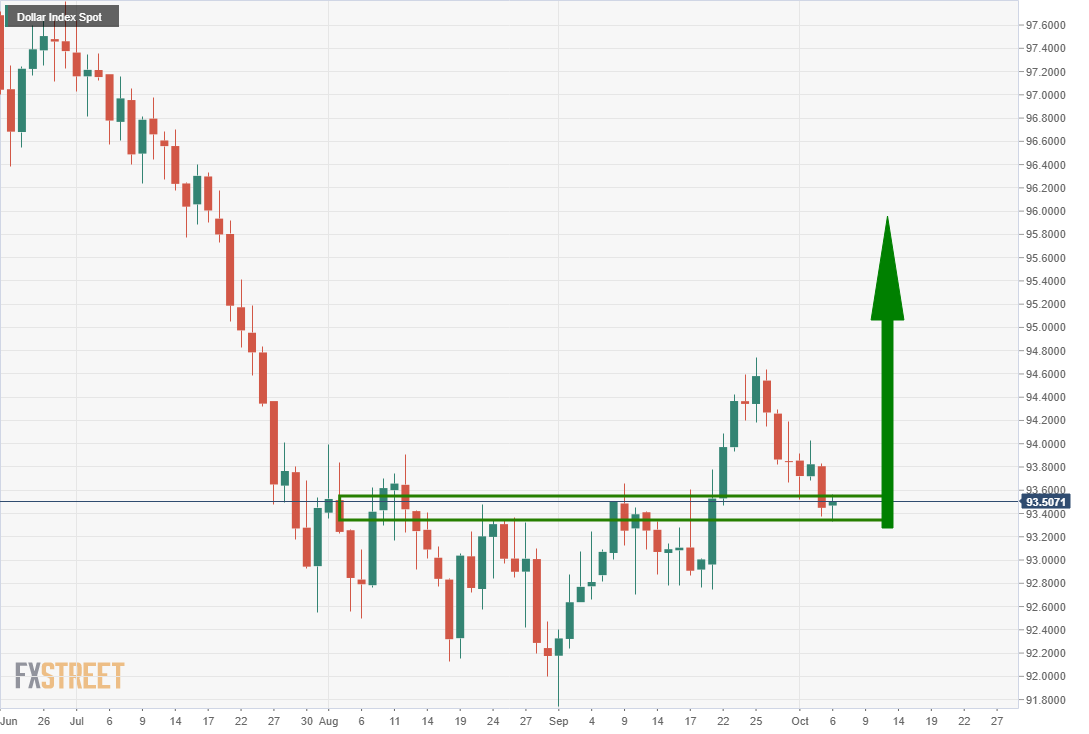 CFTC positioning data show that in the week 23-29 September, all reported G10 currencies except the EUR saw their net positioning fall vs the US dollar, leaving the euro highly vulnerable ton a upside correction in the greenback.

Although they are well below recent highs, longs are still elevated compared with historical averages. 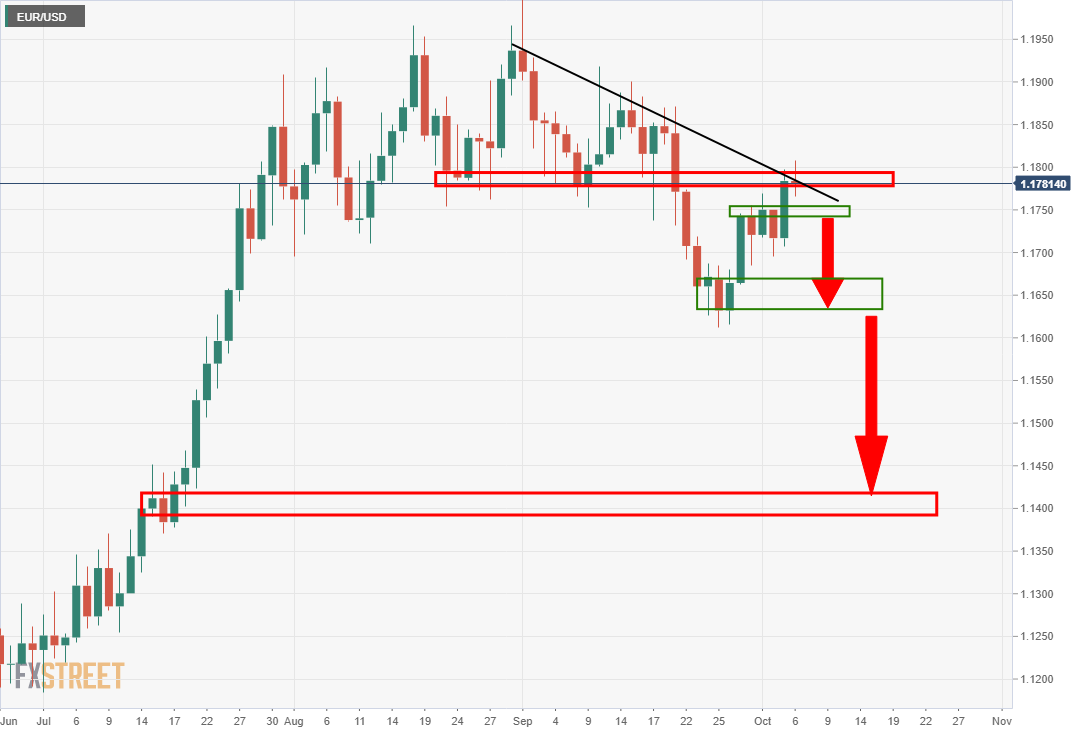 Revived fiscal hopes are animating markets once again, supporting risk and the euro. The US dollar could be on the verge of a major comeback on a Trump victory.  EUR/USD is currently trading at 1.1773 and virtually flat on the day besides moving higher between a low of 1.1765 and a high of 1.1807. On the day, we have heard from both the European Central Bank's President Christine Lagarde and Chairman of the Federal Reserve Jerome Powell. Both were reflecting a cautious tone between their central bank's colleagues.  In fact, in some of his strongest words yet, Fed chief Powell warned of potentially…