Latest
You are at:Home»Forex News»EUR/USD: Time to be thankful for profits? Three reasons for a downside correction

How low can the dollar go? The greenback has been hit by three factors, but the euro also has its own reasons to fall and EUR/USD’s ascent to the highest since September may suffer a setback.

Why the dollar is down

1) Fed warming up the printing presses: The Federal Reserve’s Meeting Minutes from early November showed that members dedicated a significant amount of time to discussing the Quantitative Easing (QE) program. The world’s most powerful central bank conveyed calm and imminent urge to provide more support, but it is gradually moving in that direction. At least in the US, creating new money devalues the currency.

2) Short-term data is worrying: Ahead of the Thanksgiving holiday, the US released a big bulk of economic figures. The impressive increase in October’s Durable Goods Orders encouraged markets and so did another robust housing figure. However, the back-to-back increase in jobless claims – seen for the first time in July – signals the labor market’s recovery is hitting its limits. After the dust settled from the massive data dump, the downbeat narrative took hold.

3) Coronavirus ravages the US: Another day, another COVID-19 hospitalization peak – for the 16th consecutive time. Infections remain at an elevated level and mortalities are nearing the heights seen in the spring. Thanksgiving travel can further exacerbate the situation and contribute to spreading the illness. 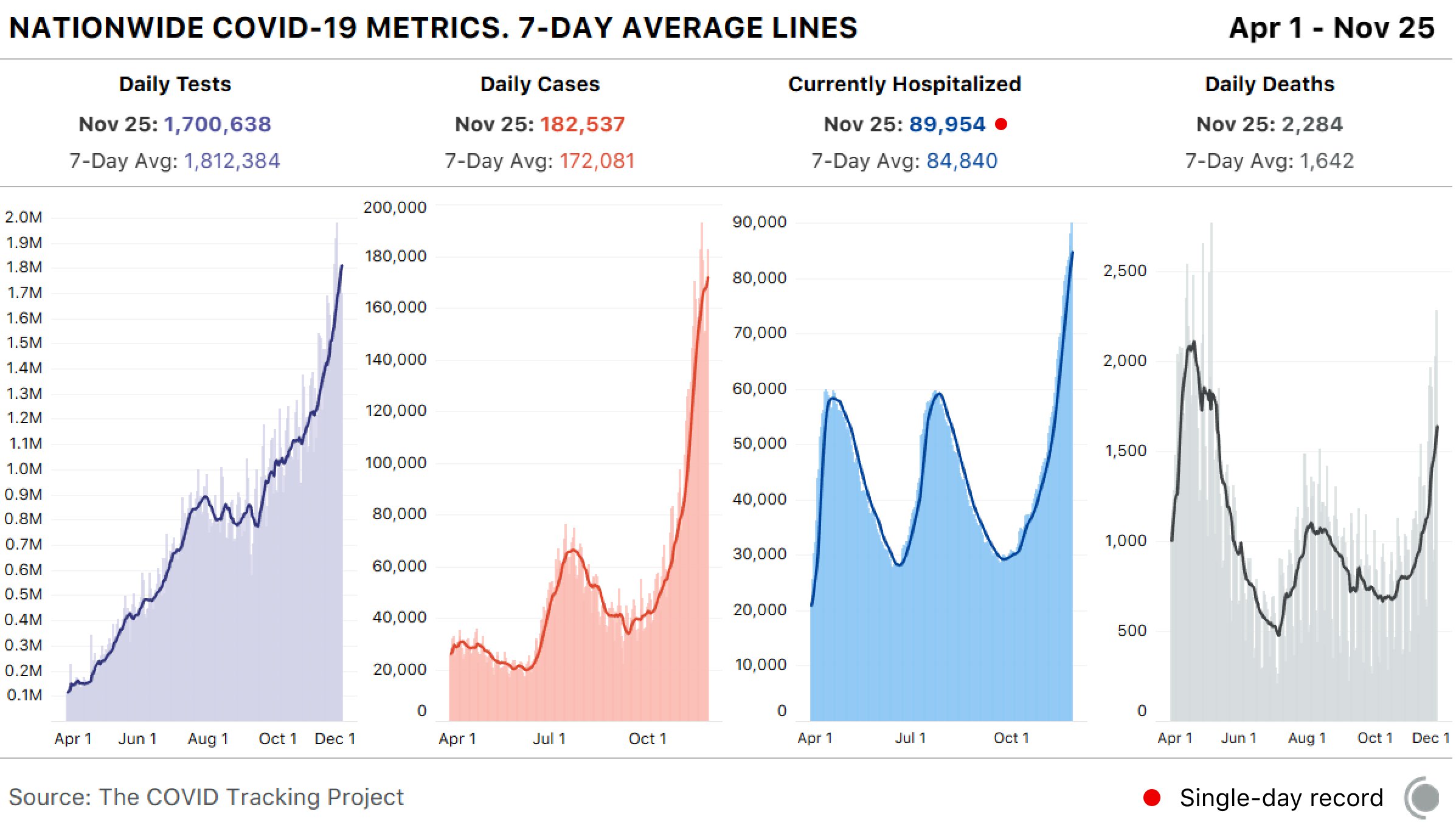 These factors pushed EUR/USD to nearly 1.1950 at the time of writing. However, the time may be ripe for a correction.

Three factors that could trigger a EUR/USD fall

1) Minutes across the pond: It is now the European Central Bank’s turn to release its meeting minutes. The protocols will likely reiterate the ECB’s concerns about the impact of the virus on the economy and signal the upcoming monetary stimulus.

An expansion of QE is expected, but the size is unclear. Moreover, the Frankfurt-based institution may also opt for cutting rates, an option that has never been denied. While printing euros has helped the common currency in covid times, slashing borrowing costs has hurt it.

2) Germany is struggling with the virus: The old continent’s largest economy is set to impose new restrictions, contrary to the trend in France and Spain, which have bent the case curve. Chancellor Angela Merkel said that COVID-19 infections are still too high and that more action is needed to rein in the spread. Any slowdown in the “locomotive” would also hamstring the euro’s gains.

The Relative Strength Index on the four-hour chart is nearing the 70 level – reflecting overbought conditions, from where it is technically prone to a downside correction. Moreover, upside momentum remains relatively weak.

More Markets return to normal, and traders may be loving it