Latest
You are at:Home»Forex News»EUR/JPY returns one month and 600 pips on the Italian

The Italian elections have a huge and negative impact on the euro, and also on the Japanese yen. The yen returned to its safe haven position after a few months of falling over stimulus efforts from the Japanese authorities. 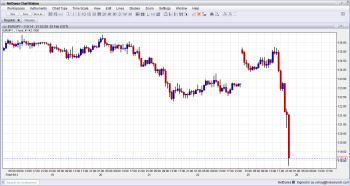 Italy’s complex political system and complex election law produced a complex outcome. Basically, the upper house if deadlocked. The center-right has a small advantage there, while the center-left enjoys a majority in the lower house.