ECB President Jean-Claude Trichet didn’t use the code words “strong vigilance”, but used “monitor very closely” instead. So, we expect another pause in rate hikes next month. This comes as the interest rate was left unchanged at 1.25%. EUR/USD now drops and is dropping below support. The falls are accelerated after Trichet quotes in full the commitments of American policymakers for a strong dollar. This is part of ECB’s considerations.

The European Central Bank released earlier the new Minimum Bid Rate for the 17 country euro-zone, and it remained at 1.25%, exactly as expected, moving the focus to the presser.

Earlier today, German factory orders were horrible – they dropped by 4% instead of rising. This raised the fear of a slowdown in the continent, leading to another pause in rate hikes.

In the US, weekly jobless claims have made a huge rise to 474K, way above expectations and back to the previous range. This shows that the previous two rises above 400K were not accidental. Expect a  weak NFP tomorrow.

Here is the live blog session, with further details from the press conference: 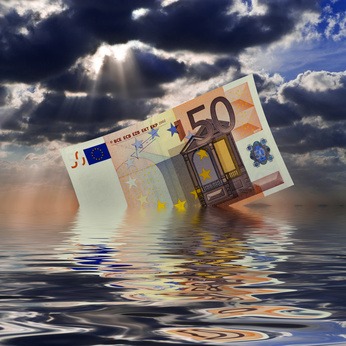 12:30: Trichet begins the press conference and reads out the statement. He doesn’t use the code words “strong vigilance” that he used in March to signal a rate hike in April. Euro drops with a gap and pierces through support at 1.4775.

12:33 Trichet talks about inflation risks in commodity prices, but sounds less vigilant about them. EUR/USD already at 1.4722, approaching support at 1.47.

12:37 Trichet talks about volatility in banks, and in the meantime EUR/USD corrects to 1.4730.

12:41 Trichet is relating to some other countries. Perhaps he is responding to the criticism about the central bank leaning towards Germany. EUR/USD dipped to 1.4710 and bounced slightly back up.

12:45 We are never pre-committed – we can raise rates whenever we want.

12:48 Regarding EUR/USD, taking the exchange into consideration. Important statement that hurts the Euro. He provides a full quote of Timothy Geithner, regarding a strong dollar. In full.

12:52 Trichet re-iterates the achievements of the bank in keeping inflation very stable in all its years.

12:54 Trichet is told that he sounds more relaxed on inflation. Trichet answers that the bank is still monitoring very closely the inflation situation. EUR/USD gets back up closer to 1.47.

12:56 The liquidity situation has improved, Trichet says. About Portugal, he asks them to be responsible.

13:02 Do banks that don’t raise rates have a credibility problem? Trichet laughs and doesn’t answer.

13:03 Q: Is the fragility in some countries pushing for a rate pause? Trichet says no.

13:05 Risks are broadly balanced across the Euro-zone. Taking everybody into account. “We are never complacent”. EUR/USD slips to 1.4680.

13:08 Q: Will Portugal be able to return to the markets, Greece isn’t able to? Trichet is optimistic about the bailout program. EUR/USD up to 1.4690.

13:10 Will the ECB need more capital from governments? Trichet says no. This relates to the ECBs buying of peripheral bonds. EUR/USD at 1.47 once again.

13:12 “We consider that restructuring is not in the cards” – reiterating previous statements. He may find himself surprised about Greece.

13:15 A Finnish reporter asks about the bailout for Portugal, as the new Finnish parliament now opposes the bailout. Why should Finnish taxpayers pay for Portugal? Trichet says that he calls all countries need to be responsible. Also the other ECB members don’t really answer.

13:18 Irish reporter says plan for Ireland isn’t working and asks tough questions about the ECB and Ireland. Trichet says that there is a plan that is being implemented. He says the program for the banks is working and credible. He says that the level of commitment by the ECB to Ireland has no precedence. I’m sure some don’t agree.

13:20 What losses would the ECB suffer in case of restructuring. Trichet refuses to comment, as if this will never happen. Trichet’s confidence helps push EUR/USD higher to 1.4707.

13:22 No restructuring for Greece, and no extension of paybacks. Very determined.

13:26 Last question about taking Portuguese bonds as collateral, similar to Greece and Ireland is met with another “no comment” 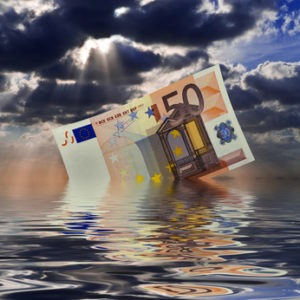 ECB President Jean-Claude Trichet didn't use the code words "strong vigilance", but used "monitor very closely" instead. So, we expect another pause in rate hikes next month. This comes as the interest rate was left unchanged at 1.25%. EUR/USD now drops and is dropping below support. The falls are accelerated after Trichet quotes in full the commitments of American policymakers for a strong dollar. This is part of ECB's considerations. The ECB press conference has ended. Highlights: Translation of Trichet's code words mean that a rate hike won't be seen in June, but in July. Very low chance of delay…