Looking at the daily chart of EUR/USD, we can observe two clear trend lines. With one clearly broken, the second one is in the limelight now, but it is downtrend support.

Is the euro on course to follow the downtrend for some time now?

The first trend line is an uptrend support line that accompanied the pair since early September. It was later formed in November and supported the pair once again in January. However, the recent break down of the euro due to low inflation numbers sent the pair clearly below the line, that now stands at around 1.3560. It will be hard, but not impossible, to regain the line.

The second line is downtrend support which began in December and was touched several times in the past two months. After the pair bounced up from the line in mid January, the recent fall sent it somewhat closer. This line now stands at around 1.3450, which coincides with the a flat line of support.

Here is the chart: 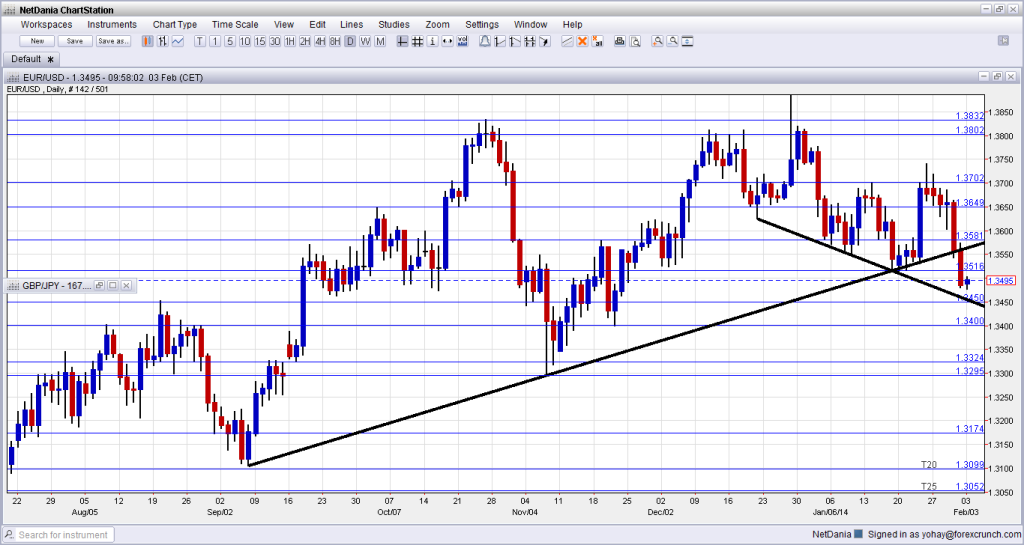 What is the next move of EURUSD? A lot depends on what the European Central Bank does and says on Thursday, February 6th. See the preview: 5 scenarios – negative deposit rate now, or later?

There are more events moving the common currency, and certainly more lines. More can be found in the EURUSD forecast.