Latest
You are at:Home»Opinions»Fed Preview: Fear fueling a greenback comeback or another dollar downer? Five things to watch

Stocks up, dollar down – that has been the recurring story on most days in the past two months, and it was primarily fueled by the Federal Reserve. The world’s most powerful central bank’s balance sheet ballooned at from just over $4 trillion to over $7 trillion – around $3 trillion in less than three months, underpinning the rally.

The Fed bought bonds, slashed interest rates to zero, established and expanded swap lines with other central banks, and has been tweaking its plans on an almost daily basis. 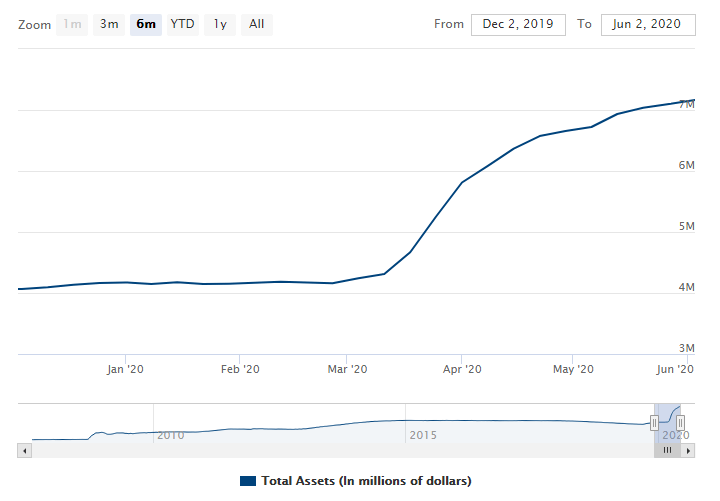 Jerome Powell, Chairman of the Federal Reserve, said the bank “crossed red lines” in the wake of the coronavirus pandemic and the cost of curbing it via lockdowns. He may have referred to open-ended Quantitative Easing, buying municipal bonds, lending directly to Main Street, and buying “fallen angels” – bonds recently downgraded to junk.

The Fed’s action is not the only upside driver – fiscal stimulus and success in depressing the disease around New York can also be attributed to the rally. Nevertheless, the next moves depend on the Washington-based institution, and there are five places to look for an answer in its June decision.

The bank releases forecasts for growth, employment, inflation, and interest rates every three months. The Fed’s rates dot-plot used to rock markets. Borrowing costs are set to remain near zero through 2022, and will likely be dismissed by investors.

On the other hand, Gross Domestic Product outlooks will be of high interest. When does the Fed foresee a return to pre-pandemic output levels? Stocks suggest that it is coming shortly – a V-shaped or “rocket” recovery as President Donald Trump described it.

The economy squeezed by 5% annualized in the first quarter a significant plunge is on the cards in the second one.

Powell and his colleagues may pour cold water on such hopes by foreseeing full recovery only in late 2021. Will that stop equities? Perhaps it would take a gloomier outlook to depress expectations. Hopes for a near-full-bounce by year-end would boost stocks.

Employment projections are also of interest. A double-digit jobless rate is on the cards for year-end. After the recent upbeat Non-Farm Payrolls report, the Fed may even point to a drop below 10% this year, supporting markets. On the other hand, an outlook with double-digits by end-2021 would already have the opposite effect.

2) Support for the economy

Back in April, Powell made an unequivocal commitment to take more action to support the economy in these dire times, and the Main Street program is one of the ways of fulfilling that pledge. The Fed surprised markets more than once since early March.

Will he repeat this tone or adopt a “wait-and-see” approach after the recent positive signs? Taking time to digest all the action may weigh on markets while reiterating the vow to act in the same manner would underpin another leg higher in stocks.

“I’ll do anything for the economy, but I won’t do that” – paraphrasing Meat Loaf’s words, the Fed seems to have many rabbits up its sleeve, but it remains united against setting negative interest rates. Reporters will likely ask about that, and Powell is set to reject it altogether.

Bond markets briefly priced sub-zero borrowing costs in early 2021 and President Trump desired “the gift” of negative rates. In the unlikely case that the Chairman changes his mind, shares may rally. Otherwise, that topic seems to be off the table.

The Federal Reserve wants markets to rally, providing a “wealth effect” that encourages consumers to spend. The Fed’s support also prevented a financial crisis on top of the health and economic ones. But have stocks gone too far? 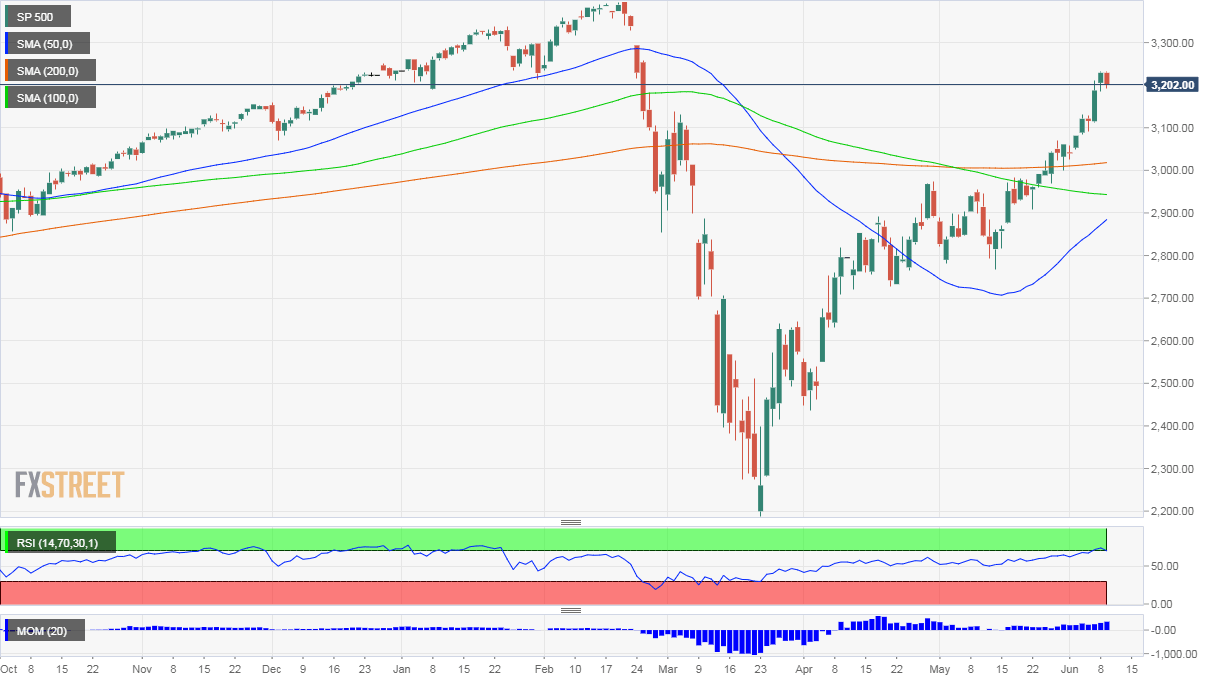 Powell is unlikely to state that there is a bubble in equities – nor that he propelled equities higher. He will probably refrain from using the word “froth,” but may say, in response to a question, that valuations in some sectors may be elevated, or something along these lines.

Any warning shot, as subtle as could be, would trigger a drop in equities while avoiding commenting on markets would allow for further gains.

In his previous public appearances, Powell urged elected officials to extend their support to the economy. After May’s jobs report, perhaps he sees no need for such help. That would weigh on equities.

Another adverse scenario for markets would be if Powell stresses the need for Congress to further boost the economy, hinting that the ball is now in Capitol Hill’s court. That could pressure politicians but also sound like a hint the Fed is on the fence (see the second point.).

The best scenario for the S&P 500 is that Powell calls on the government to provide further assistance, yet without retreating from his commitment to do more.

The next big moves in markets depend on the Fed. Optimism and commitment to act would boost stocks and weigh on the safe-haven dollar while pouring cold water – in various ways – would send stocks tumbling the greenback to a comeback.

Get the 5 most predictable currency pairs
Previous ArticleUSD/JPY struggles to hold above 108.00, eyes on Wall Street
Next Article Indonesia: FX reserves keep the uptrend unchanged – UOB