Latest
You are at:Home»Opinions»Fed Preview: How a dose of economic Christmas cheer could spoil the market mood

Will the Federal Reserve bring a Christmas gift to markets? A cheerful outlook will not do – investors want money, not words. If the Fed holds tight, the dollar has room to rise.

The world’s most powerful central bank elevated expectations for expanding its bond-buying scheme back in November when it disclosed that the recalibration of its Quantitative Easing was thoroughly discussed. However, since then, officials from Chairman Jerome Powell and downwards have been upbeat about the economy.

Powell said that the recovery exceeded expectations while the Chicago Fed’s Charles Evans – a dove – hinted that there is no need for further stimulus at this point. Evans’ words came just before the bank’s blackout period preceding a rate decision. If investors expect more money from the Fed, the only hope comes from the latest weak Nonfarm Payrolls report – showing an increase of only 245,000 jobs, roughly half the early estimates. On the other hand, the Unemployment Rate continues falling, beating estimates every month.

Hopes for a further boost also stem from Congress’ failure to agree on a new stimulus bill. A bipartisan proposal that would ensure some relief in the lame-duck period lit investors’ eyes – but Democrats and Republicans still seem to have a long way to go before agreeing on a deal and the clock is ticking down toward Christmas.

Will the bank step in instead of Congress and provide a boost to the economy – or at least to markets? That is the hope of some analysts, but why should the Fed just two days after the US began a vaccinating scheme? Moreover, a new administration is coming in, and the Fed would likely prefer to wait before announcing new decisions.

The bank has already had a busy 2020, including bloating the balance sheet by some $3 trillion, announcing scores of lending programs, slashing rates to zero – and committing to prioritizing employment at the expense of letting inflation overheat.

The Fed will likely back a no-action decision with upbeat projections, an event occurring every other meeting. The bank’s forecasts for interest rates – that once triggered robust market responses – are unlikely to rock the boat as no hike is due through 2022. However, growth, employment and inflation estimates are eyed. 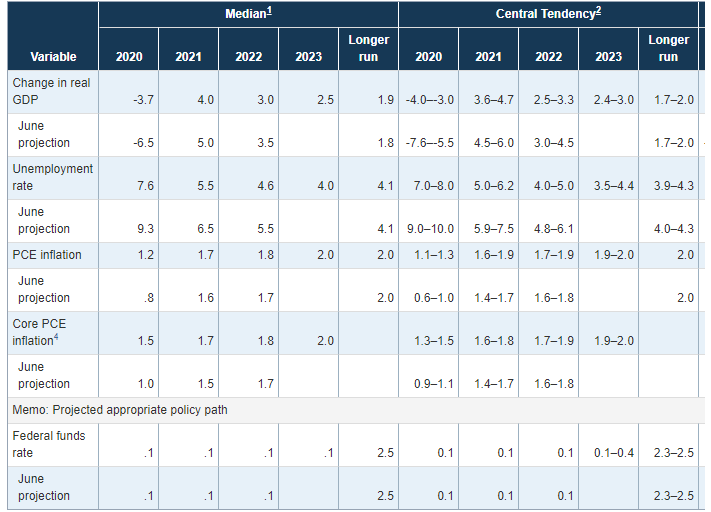 An upgrade to Gross Domestic Product estimates and a downgrade to unemployment ones would be good reasons to be cheerful ahead of the holidays, but it would further depress stimulus-hungry markets.

What about the grim virus picture? The bank has no way of painting a rosy picture amid daily records of infections, deaths, and hospitalizations. Powell will likely show sympathy and dedicate a substantial chunk of his opening remarks to the ongoing suffering. 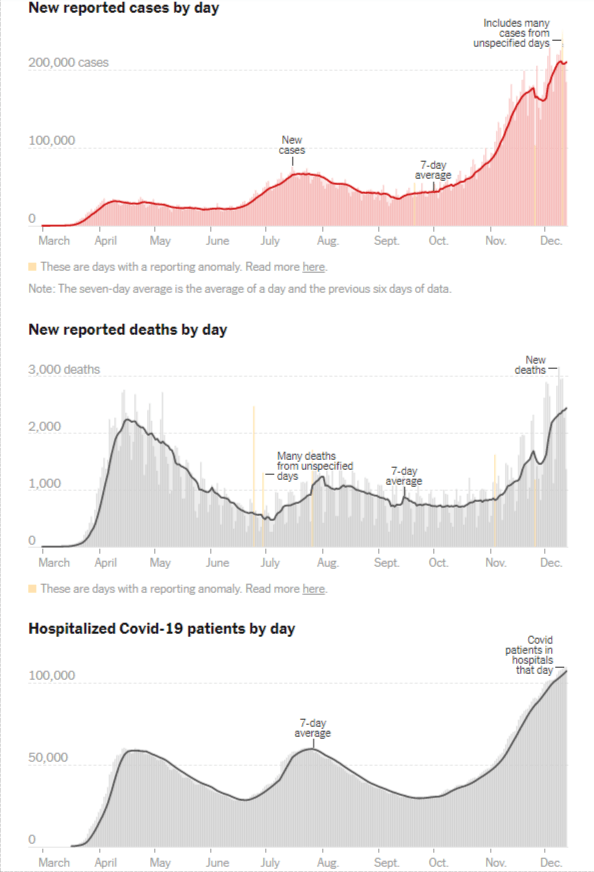 However, while the recent winter wave triggered several restrictions, these are probably insufficient to warrant more action at this point amid the Pfizer/BioNTech vaccination campaign – and probably another one coming from Moderna in a matter of days. As mentioned earlier, the Fed is unlikely to fill the gap that Congress leaves, just continue urging it to act as soon as possible.

If the Federal Reserve only pays tribute to the hardship but focuses on the upbeat recovery and vaccine hopes, markets may drop – despite the fact that officials hinted that the Fed is unlikely to act. The writing is on the wall, but there seems to be an unwillingness to read it. In this scenario, the safe-haven S dollar has room to rise while stocks retreat.

In case the Fed surprises by hinting that additional stimulus will likely come in the next meeting – just after President-elect Joe Biden’s inauguration – markets would likely surge and the dollar would resume its decline. This second scenario has a lower probability.

If the bank sees the glass half-empty and shocks with additional QE, a Christmas party would erupt in equities and the greenback would free-fall – yet the chances are low.

The world’s most powerful central bank will likely stand put after an eventful year, seeing the glass half full after a stronger-than-expected recovery and as immunization is rolling out. While paying tribute to the current suffering, it is unlikely to act but rather upgrade its economic forecasts. Markets may be disappointed and drop while the dollar could rise.

More Where next for the Fed, fiscal stimulus and Trump

Get the 5 most predictable currency pairs
Previous ArticleUSD/CAD extends sideways grind around 1.2760 ahead of mid-tier data releases
Next Article USD/TRY to slip below 7.00 in 2021 – Rabobank