More Fed reactions: between a hawkish move to big doubts

We covered the Fed’s insistence to raise rates in December, how it helped the dollar and then provided four reasons to fade it. Here are 6 opinion

“On the ‘dots’, 11 of 16 members have one more rate rise in their forecast for this year (8 previously).The 4 dots for ‘unchanged’ in July remains, while 3 of the 4 dots for 2 more rise this year is now reduced to just one.  The failure of anyone to drop into the ‘no change’ from ‘one more’ camp is the hawkish surprise here.

For 2018, the median for 3 rise remains, but there are now 5 dots below the median (from 4 previously) and one less dot above the median. So while a dovish tilt, this is less than might reasonably have been expected  so again hawkish, at least relative to expectations

….The Janet Yellen press conference hasn’t thrown up anything to alter the market’s initial assessment of the Fed that sees 10 year Treasury yields up about 5bps and the dollar about 1% stronger. Incoming data, if strong and consistent with a December Fed hike, can see these moves extend,” NAB notes.

“We see the outcome as broadly in line with our expectation. We expected an announcement on balance sheet normalization but did not expect that the committee would give up on a December hike this year, or its median path next year, without having more information on inflation. In our view, it is too soon for the committee to conclude that the recent slowing in inflation was sufficiently permanent to alter the Fed’s plans.”

That said, we expected more than four participants to project no further hikes this year. In the event, the outlook for 2017 is modestly more hawkish than we had anticipated as the committee upgraded growth and 13 of 17 participants believe one or more rate hikes this year remain appropriate conditional on the outlook.

We continue to expect the incoming data, including upcoming prints on inflation, to lead to a third rate increase this year at the December meeting,” Barclays argues.

“The Fed maintained the target range for the federal funds rate at 1.00-1.25 per cent at the FOMC meeting that concluded today. The Fed also decided to start normalising the size of its balance sheet in October. The vote was unanimous. The dollar strengthened following the release of the statement and market pricing indicates that the probability of another rate hike this year rose above 50 per cent.

Today’s statement makes us feel more confident that the Fed will indeed hike in December. We predict three more hikes in 2018 and one hike in 2019.  There is still plenty of uncertainty, however, and another bout of inflation weakness could make the Fed hesitate,’ SEB argues.

USD: Why USD Will Likely Struggle To Build On Post-FOMC Gains? – BTMU

BTMU FX Strategy Research notes that  the one main caveat  in the Fed hawkish stance this week is that there is currently a high degree of uncertainty over the outlook for Fed policy which is not captured in the updated dot plots.

“Five seats on the board need to be filled soon including the Fed Chair.  The market will likely remain sceptical that the Fed will deliver planned tightening beyond this year reflecting in part  the risk that President Trump will nominate candidates whose thinking is more in line with his preference for lower rates and a weaker US dollar.

It is one potential reason why the US dollar may struggle to build materially on gains recorded overnight,” BTMU argues.

ING FX Strategy Research argues that it is somewhat erroneous to describe the tone of the September FOMC meeting as being ‘hawkish’.

“Aside from the dots suggesting a slightly stronger conviction over a Dec hike, with 11 members implicitly pencilling this assumption into their dot plot projections, the rest of the policy signals sent showed a greater degree of uncertainty over the pace and extent of the current tightening cycle.

For the dollar’s broader outlook, it is the latter that matters much more; so while the knee-jerk USD move higher can be wholly attributed to markets raising their odds of a Dec rate hike to 60-65%,  we believe that chasing any additional dollar strength on the prospects of a flatter market curve converging towards the Fed’s dot will prove unfruitful,” ING argues.

“Fading this $ rally is our preferred tactic, with the bear trend to resume,” ING advises.

TD FX Strategy Research notes that the USD price action post-FOMC likely reflects that the market was looking for the Fed to scrap from the dots a rate hike this year or next.

“The Fed delivered the opposite and in turn preserves its optionality to hike in Dec if the data starts to recover.  The flipside is also true so if the data disappoints then the Fed will likely keep its powder dry…The hurricanes will also distort the data over the coming months (while ROW data remains solid) suggesting to  fade the bounce in the USD,” TD argues.

“Good level to sell USD/CAD.  It is clear that the impact of the broad USD was the driver for CAD but we think the greenback’s sensitivity will start to fade over the coming days. Indeed, this week brings pivot data releases like Aug CPI and Jul retail sales.  We believe that the inflation report is the more important of the two and think there is  a low bar to favor some upside in CAD,” TD advises. 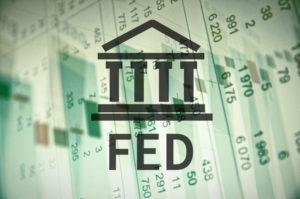 We covered the Fed's insistence to raise rates in December, how it helped the dollar and then provided four reasons to fade it. Here are 6 opinion Here is their view, courtesy of eFXnews: USD: A Fairly Hawkish FOMC Affair - NAB NAB Research comments on today's FOMC September policy decision. "On the 'dots', 11 of 16 members have one more rate rise in their forecast for this year (8 previously).The 4 dots for 'unchanged' in July remains, while 3 of the 4 dots for 2 more rise this year is now reduced to just one.  The failure of anyone…