Latest
You are at:Home»Forex News»GBP/USD does not like the election results

Britain’s main parties were beaten in the EU elections for their lack of conviction on Brexit, and are now responding by toughening their stances — and GBP/USD suffers in reaction to this polarization.

Senior figures in the opposition Labour Party are finally supporting a second referendum on the UK’s exit from the EU. Both John McDonell and Diane Abbot, both close to leader Jeremy Corbyn, have expressed such views. Corbyn has yet to say it out loud.

In the ruling Conservative Party, the ten leadership contenders are not uniform in their views but seem to respond to their party’s crushing defeat to Nigel Farage’s Brexit Party. A no-deal exit is now on the cards.

The British pound is not waiting for a clear message from Corbyn nor for a new PM to enter Downing Street and is on the back foot due to the uncertainty. It may find a glimmer of hope in Jeremy Hunt’s softer approach. The Foreign Secretary said that a no-deal Brexit would be “political suicide”. Despite his senior position, he is far from being the leading candidate — his predecessor Boris Johnson remains the favorite.

EU leaders meet in Brussels later in the day to discuss the top jobs after the elections. Outgoing PM Theresa May will be there as well, but Brexit is low on the agenda. Nevertheless, she may comment on the current situation and move markets despite being on her way out.

The US-Sino trade war persists, albeit without significant news. The world’s largest economies remain far apart on striking a deal or on their tech dispute. Comments from President Donald Trump or others may also move markets.

US consumer confidence stands out on the calendar. See the preview Labor market feeds confidence 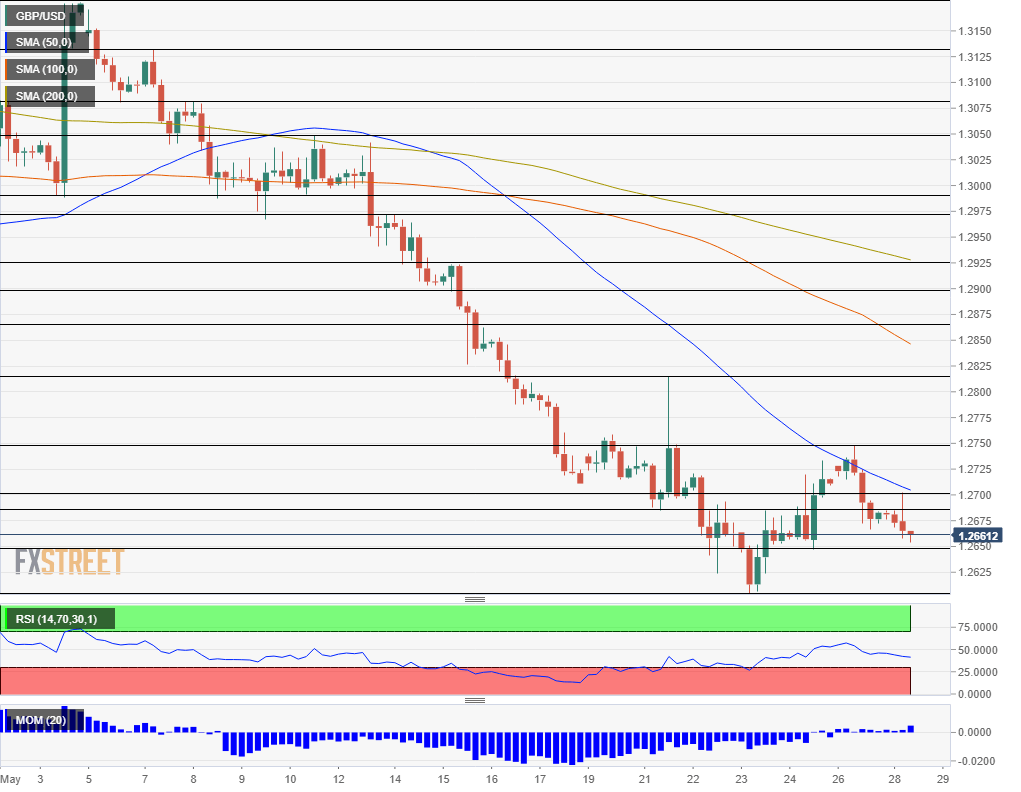 Pound/dollar enjoys upside momentum on the four-hour chart, but that is probably the only thing going for it. It continues trading below the 50, 100, and 200 Simple Moving Averages and the Relative Strength Index is leaning lower.