Latest
You are at:Home»Forex News»GBP/USD hobbled by overbought conditions, US inflation data critical

Is the downside correction over? Not so fast, as GBP/USD has yet to make a convincing pullback that would allow for further gains. Markets are in a risk-off mood due to several factors. The escalating conflict between Israel and Palestinian faction Hamas is the latest factor to dampen the mood, joining the ransomware attack that has paralyzed gasoline supplies to the US northeast.

However, the latest concern is of inflation rearing its ugly head in the US. While disappointing Nonfarm Payrolls showed the world’s largest economy is cooling down, fears quickly reemerged. Are these concerns exaggerated? America publishes Consumer Price Index data for April later in the day, and core prices are set to top the 2% level. The calendar is pointing to a jump from 1.6% to 2.3% YoY.

The greenback’s recovery and the damp mood in markets are showing that unless Core CPI leaps considerably beyond estimates, the dollar could snap back in a “buy the rumor, sell the fact” response. Will the pound rise?

Sterling has been benefiting from better than expected Gross Domestic Product figures for the first quarter in the UK. The economy shrank by only 1.5% during the first months of the year, which were dominated by the nationwide lockdown. Britain’s successful vaccination campaign also supports the pound.

While the fundamental ingredients are in for cable to resume its rally, technicals point to overstretched conditions. 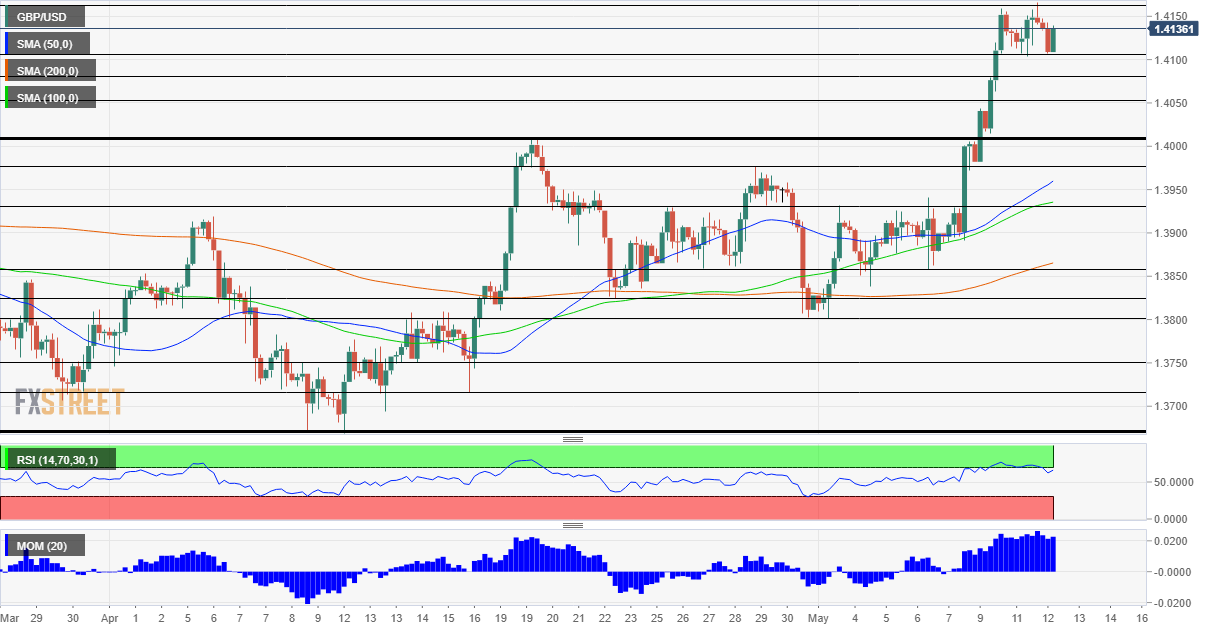 Pound/dollar continues benefiting from upside momentum on the four-hour chart and trades far above the 50, 100 and 200 Simple Moving Averages. However, the Relative Strength Index (RSI) is too close to 70 – flirting with overbought conditions. That makes every upside move limited in nature.

Get the 5 most predictable currency pairs
Previous ArticleEUR/GBP slides to fresh one-month lows, around 0.8575 region
Next Article GBP/USD: Fundamentals are in for cable to resume its rally, technicals point to overstretched conditions