Latest
You are at:Home»Forex News»GBP/USD is not enthusiastic about another Brexit vote

Three is a lucky number in many traditions, but it was not a winner for UK PM Theresa May when she last brought the Brexit accord to parliament in late March. Will the fourth attempt succeed? The government has reportedly made preparations for a vote in early June.

The move comes after May’s meeting with opposition leader Jeremy Corbyn did not yield a breakthrough, albeit being labeled as “constructive.” Britain’s two main parties are still apart on the thorny issue of a customs union. And both sides are under pressure to ditch talks with their rivals.

The timing is not coincidental: it comes after the European Parliament elections which will are expected to be devastating for May’s Conservative Party. Fear of failure to deliver Brexit and to receive a punishment in the general elections may push MPs to support the accord. Or perhaps that is the hope. The chances that the House of Commons approves the deal are very slim. May is also trying to stave off some of her peers that aim to oust her.

Brexit is now in the spotlight as markets seem calmer about the US-Sino trade dispute. Also here, both economic giants remain apart, but some hope has emerged as US Treasury Secretary Steven Mnuchin said he will travel to Beijing for more talks.

The UK economy is doing well in the meantime. The unemployment rate dropped to 3.8% while wage growth moderated to 3.2%, yet remaining well above inflation at 1.9%.

The focus shifts to the US with the retail sales report for April which is projected to show minor growth after a substantial increase in March. 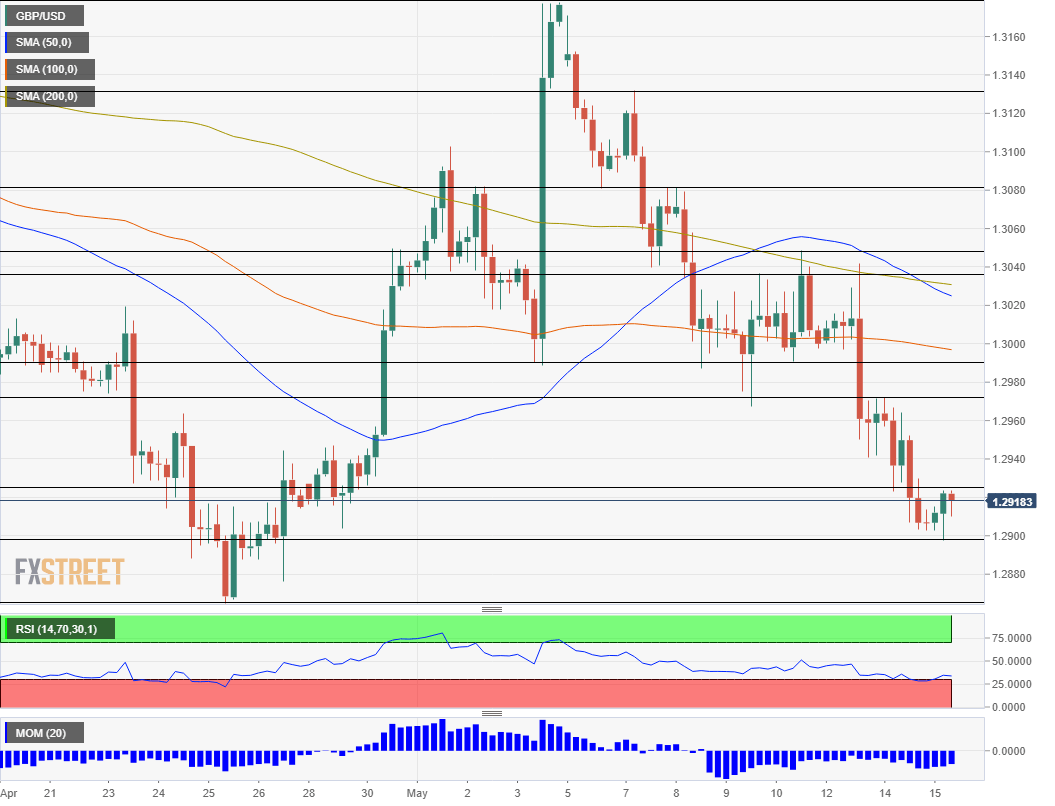 GBP/USD is suffering from downside momentum on the four-hour chart, and trades below the 50, 100, and 200 Simple Moving Averages. Moreover, the Relative Strength Index remains above 30, thus not indicating oversold conditions.

Get the 5 most predictable currency pairs
Previous ArticleChina: Authorities to step up stimulus further – ABN AMRO
Next Article USD/CHF slides back closer to multi-week lows, near 1.0050 area