Latest
You are at:Home»Forex News»GBP/USD needs to maintain a safe distance from this cliff

GBP/USD is trading steadily in a relatively narrow range, looking for a new direction as all eyes are on the vote in Parliament. Where next?

The Technical Confluences Indicator shows that cable enjoys significant support at 1.2730 which is the convergence of last week’s low, the Fibonacci 23.6% one-day, the Simple Moving Average 5-4h, the Bollinger Band 15m-Lower, the SMA 50-15m, the SMA 10-1h, and others.

However, if GBP/USD slips below this line, the next cushions are much weaker. Substantial support is found only around 1.2630where we see the Pivot Point one-day Support 2 and the Bollinger Band one-day Lower. 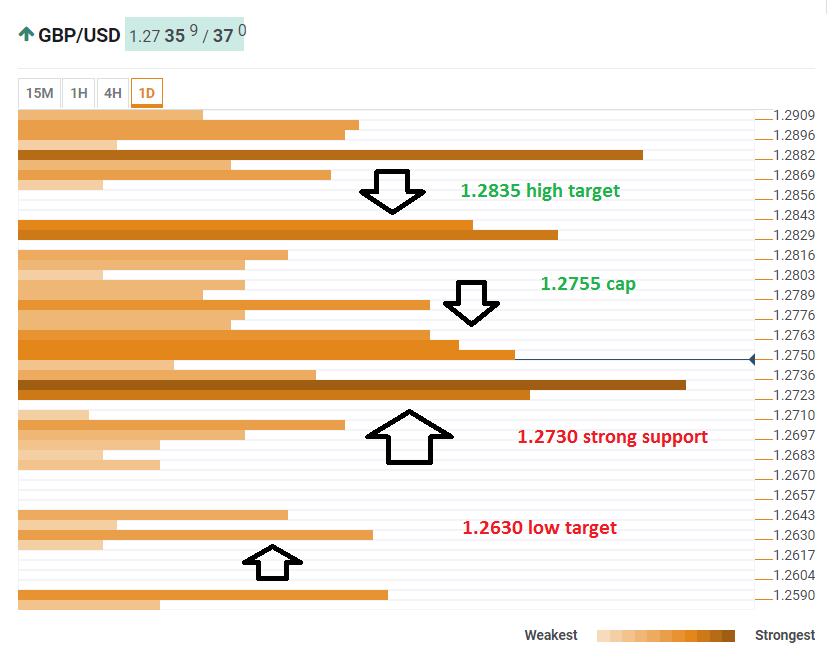 Get the 5 most predictable currency pairs
Previous ArticleGBP futures: bearish with caution
Next Article GBP/USD Technical Analysis: Trapped near major support just above 1.2700