Optimism on Brexit with pessimism on fiscal talks – or the other way around – is what moved GBP/USD, and will likely continue moving forward. PM Johnson’s critical weekend phone call, the Fed minutes, UK GDP, and US politics are all eyed.

This week in GBP/USD: Optimism vs. pessimism x2

Brexit roller coaster: The EU and the UK initially seemed close to entering a negotiating “tunnel” – a term for intense talks en route to an accord – and the pound advanced. Sterling stumbled when reports emerged that differences on state aid and other topics prevented a breakthrough on future EU-UK relations, once the transition period expires at year-end.

A twist in the saga came on Thursday when Ursula von der Leyen, the President of the European Commission, announced that the bloc is taking legal action against Britain in response to the Internal Markets Bill (IMB).  The controversial legislation knowingly violated the Brexit divorce deal that Prime Minister Boris Johnson signed last year.

GBP/USD had little time to fall until Johnson intervened in talks, announcing a phone call with von der Leyen on Saturday. At the time of writing, the pound is at the top of the seesaw, and headlines continue moving the pound around.

Brexit dominated sterling’s price action, leaving little room for other developments to move the currency. Final Gross Domestic Product figures for the second quarter came out at a collapse of 19.8%, better than the original publication of -20.4%, providing some support to the pound. On the other hand, UK coronavirus cases are on the rise, prompting more local lockdown in northern England.

COVID-19 mortalities are also moving up in Britain, but remain below America’s levels on a population-based comparison.

On the other side of the pond, President Donald Trump clashed with challenger Joe Biden in the first debate between the candidates. The president’s refusal to commit to accepting the results of the election boosted the safe-haven dollar. However, the focus quickly shifted from the White House to Capitol Hill – where Republicans and Democrats got closer to agreeing on the next relief deal, pushing the greenback lower.

As with Brexit, the pendulum continued swinging in Washington – and toward a new deadlock. House Democrats passed a package worth over $2 trillion, without any Republican support.

Trump could not stay out of investors’ radars for too long after he tweeted that he tested  positive for coronavirus. His wife Melania, and senior advisor Hope Hicks have all contracted COVID-19, triggering an advance of the dollar.

The 74-year old leader of the world’s most powerful economy is overweight, and uncertainty about leadership, the elections, and the fate of a fiscal boost all weighed on markets.

Trump’s tweet trumped the Non-Farm Payrolls report. The US gained 661,000 jobs in September, below 850,000 estimated and less than half the figure seen in August. On the other hand, the unemployment rate fell to 7.9% – a figure that may discourage lawmakers from striking a deal.

Will Boris Johnson cede ground to the EU? One year ago, the PM paved the way for a Brexit deal by accepting a customs border in the Irish Sea – creating an economic separation between Northern Ireland and Britain. Johnson was able to quickly withdraw from a position that he a move he and his predecessor Theresa May had rejected beforehand.

If he allows for a compromise on state aid, the controversial IMB, or any other topic, the pound could rally strongly. On the other hand, that IMB violates the concessions he made in 2019 regarding the status of Northern Ireland. Will his European counterpart take him for his word even if it makes a substantial move?

The moves on Monday – and perhaps throughout the week – hinge on that phone call on Saturday.

Coronavirus policy is also critical. As temperatures fall and people spend more time inside, UK COVID-19 could rise   –  and with them depressed activity from consumers and potentially additional restrictions. After several days of infection records, the daily statistics figures may have a growing impact on sterling.

The economic calendar features two speeches from Andy Haldane, Chief Economist at the Bank of England. The influential central banker has been relatively upbeat of late.

In his second speech on Friday, he may respond to new GDP figures for August. Markets expected an ongoing recovery in the summer, with an increase of 5.7% in output after 6.6% in July. Manufacturing production figures are also of interest.

US events: Politics and Fed minutes stand out

Trump’s coronavirus contraction has created an immense amount of uncertainty, and some answers are likely during the week. Will his condition trigger sympathy and raises his chances to win the elections? That could increase tension, as Biden currently has a robust lead in the polls – both in national and in critical battleground states.

According to Nate Silver’s FiveThirtyEight, the challenger has an 80% chance of winning, the highest since the model was launched:

The Economist magazine also runs a model, which is showing an even greater probability of a Democrat win – 90%.

While markets prefer Republican policies, they dislike uncertainty and fear a close election in after which Trump claims fraud and triggers a constitutional crisis. That has been boosting the safe-haven dollar.

Conversely, the focus on the virus would shed more light on the president’s mishandling of the crisis and weaken his position. Updated opinion polls may provide some answers.

The more immediate concern for investors is the fate of the stimulus bill. Will elderly elected officials practice social distancing and leave Washington without a deal? Or is the focus on the disease going to sharpen minds and push politicians toward approving more relief? Markets will not have to wait for too long to receive answers on that front.

After the last pre-election NFP, the focus shifts from economic data to the Federal Reserve. The bank’s meeting minutes from its last pre-election rate decision will likely reiterate the pledge to keep borrowing costs depressed for several years.

Regarding bond-buying, officials seemed reluctant to increase its pace, urging politicians  to act. The document may shed light on the Fed’s potential to make a move on that topic anytime soon.

Two economic indicators remain of interest and could move markets despite the focus on politics and the Fed. First, the ISM Services Purchasing Managers’ Index is set to show a moderate slowdown in the recovery. The forward-looking figure tends to have more influence when it is published before the jobs report, yet it is still watched by investors.

The second figure to watch is weekly jobless claims, which have resumed their slide but may remain stuck on high ground, as the recovery seems to be decelerating.

Break or bounce at 1.30? The round number serves as a critical line after working as both resistance in September and support earlier in the summer. Pound/dollar trades above the 100 and 200-day Simple Moving Averages but trades below the 50-day SMA and suffers from downside momentum.

Britain’s deliberate move to violate the 2019 Brexit deal means the EU will likely demand a high price to strike an accord – or at least not agree to accept Johnson’s promises at this juncture. An inconclusive outcome could weigh on the pound, and concerns about Trump’s health could boost the dollar. All in all, there is a considerable probability that GBP/USD fails to break 1.30 and falls to new lows.

The  FXStreet Forecast Poll  is showing that experts are bullish on GBP/USD on all timeframes. However, they do not foresee significant gains. While the short-term target has been upgraded, the medium and long-term ones are little-changed. 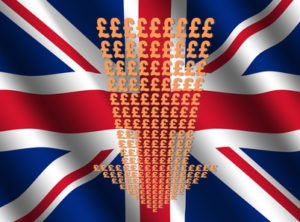 UK’s Frost: Although differences remain, outlines of an agreement are visible

GBP/USD has been torn between hope and despair in both Brexit and US fiscal talks. Politics, rising coronavirus cases, and the Fed minutes stand out in October's first full week. Early October's daily chart is painting a mixed picture. The FX Poll shows experts are bullish on all timeframes.   Optimism on Brexit with pessimism on fiscal talks - or the other way around - is what moved GBP/USD, and will likely continue moving forward. PM Johnson's critical weekend phone call, the Fed minutes, UK GDP, and US politics are all eyed. This week in GBP/USD: Optimism vs. pessimism x2…