The 2020 elections are not over  – no, President Donald Trump’s attempt to overturn the results is futile, but control of the Senate is still up for grabs. Republicans have 50 seats and Democrats 48, with two additional ones hinging on Georgia’s dual runoff elections.

If Dems win both races, Vice-President-elect Kamala Harris will serve as the tie-breaker, allowing Dems to pass legislation. While that may be insufficient for reform, it would be enough to pass additional support to the economy that markets desire. The recent stimulus bill was worth $900 billion, and President-elect Joe Biden may drive another relief package worth $1 to $2 trillion.

The GOP needs to score only one win in the Peach State to hold onto the upper chamber and deprive Dems of their ambitions.

Biden won the state by just under 12,000 votes and total votes for GOP candidates marginally surpassed Democratic ones. The few opinion polls conducted ahead of the runoffs paint a picture of extremely close contests: 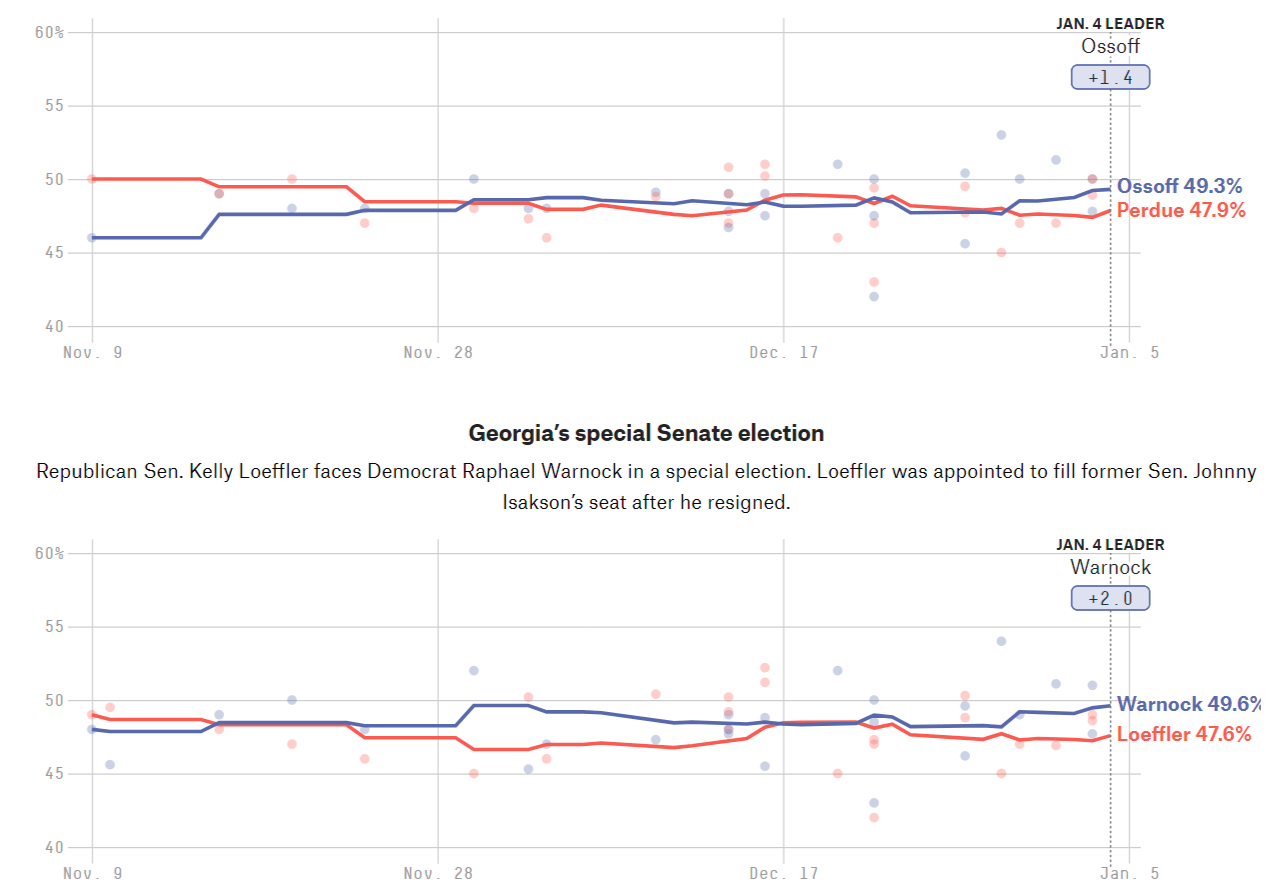 Democrats’ leads are within the margin of error, but they benefit from robust Black turnout in early voting. On the other hand, Republicans tend to vote en masse on Election Day, and some voters that could not stand Trump may opt to balance the picture by voting for the GOP. Both sides have deployed massive funds for their races, and the effect is unknown.

The only known facts are that Dems need to win both races, making their task harder and that polls in Georgia were accurate  – contrary to other states such as Wisconsin. These two priors cancel each other, making it hard to make assumptions  – the runoffs are true tossups.

How will markets react? Here are three scenarios:

Around 90% of the votes will probably be counted after several hours and for Dems to win, Warnock must surge to a clear victory against Loeffler in a race that is seen as an easier win for Dems. If Warnock is quickly declared winner, the focus is set to shift to the Perdue-Ossof runoff.

Even if Ossof is marginally trailing behind Perdue, investors would likely expect the remaining votes to change the picture in favor of Democrats. In this case, markets are set to rise and the safe-haven dollar is due for a fall during the Asian session or the early European one.

2) Clear Republican hold of the Senate

If voters opt for Perdue  – the only person that previously won an election  – it is over for Democrats, even if Warnock enters the Senate. The incumbent was short only hundreds of votes from winning in the first round, and those that opted for the Libertarian candidate may jump on the GOP wagon.

In case of an early Perdue lead over Ossof, markets will likely tune out of the Loeffler-Warnock race, sending stocks lower and the greenback higher. While Biden may still work with Senate Majority Leader Mitch McConnell on further support, it is set to be a tricky road. Markets may refocus their hopes on the Federal Reserve, but the instant reaction will likely be negative.

Perhaps the most likely scenario for this Tuesday night is a repeat of another Tuesday night  – the general elections on November 3. If the races are too close to call, it will likely take several days if not a week or two to sort out the winners.

Georgia’s rules state that a recount is automatically held in the margin is within 0.5%. While the process rarely flips the result, a contest that is down to tens or even hundreds of votes could keep tensions high.

In this scenario, Republicans retain control of the Senate at least until the victors are sworn in. Such a delay could diminish the chances of a generous stimulus bill  – even if Dems eventually win control. Markets may react with a downfall unless the picture clears.

Back in November, Biden took the lead in Georgia on Friday, three days after the vote and a longer process could be seen now.

The special Georgia runoffs are critical for the Senate and for stimulus amid the increase in coronavirus cases. Markets will cheer a clear Democratic victory and fall if Republicans hold the upper chamber. A protracted event has high chances and would initially cause a downfall. 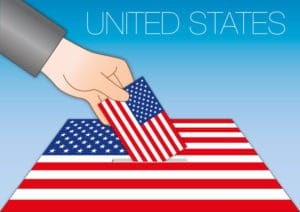 USD/CAD extends rebound beyond 1.2750 amid negative shift in sentiment

Georgia's special Senate runoffs are critical for control of the Senate.   A dual Democratic win would boost markets in expectation of more stimulus. Markets may be disappointed if Republican Senator Perdue scores an early win. Counting the votes may be protracted in the likely case of close contests. The 2020 elections are not over  - no, President Donald Trump's attempt to overturn the results is futile, but control of the Senate is still up for grabs. Republicans have 50 seats and Democrats 48, with two additional ones hinging on Georgia's dual runoff elections. If Dems win both races, Vice-President-elect…