The FOMC stole the limelight today and the poor data from the US has been forgotten as Powell brushed it off when reports questioned his outlook considering the negative implications it (US manufacturing PMI) could have for the economy on a forward time scale. Instead, much like the FOMC statement, the governor of the Federal Reserve stuck to his mantra that, “Our baseline view remains that with a strong job market and continued growth, inflation will return to 2% over time.

Here is the new statement  which remains basically consistent with the Fed’s script:

Information received since the Federal Open Market Committee met in March indicates that the labor market remains strong and that  economic activity rose at a solid rate.  Job gains have been solid,  on average, in recent months, and the unemployment rate has remained low. Growth of  household spending and business fixed investment slowed  in the first quarter. On a 12-month basis,  overall inflation and inflation for items other than food and energy have declined and are running below 2 percent. On balance, market-based measures of  inflation compensation have remained low in recent months, and survey-based measures of longer-term inflation expectations are little changed.

Fed to stay patient on rates as the economy is  solid and inflation is muted.

The DXy index rallied to prior resistance and broke up through the descending channel’s resistance, meeting the vicinity of the 50% retracement of recent swing low and highs as Powell came with a bullish assessment of the Fed’s position and on the U.S. economy: 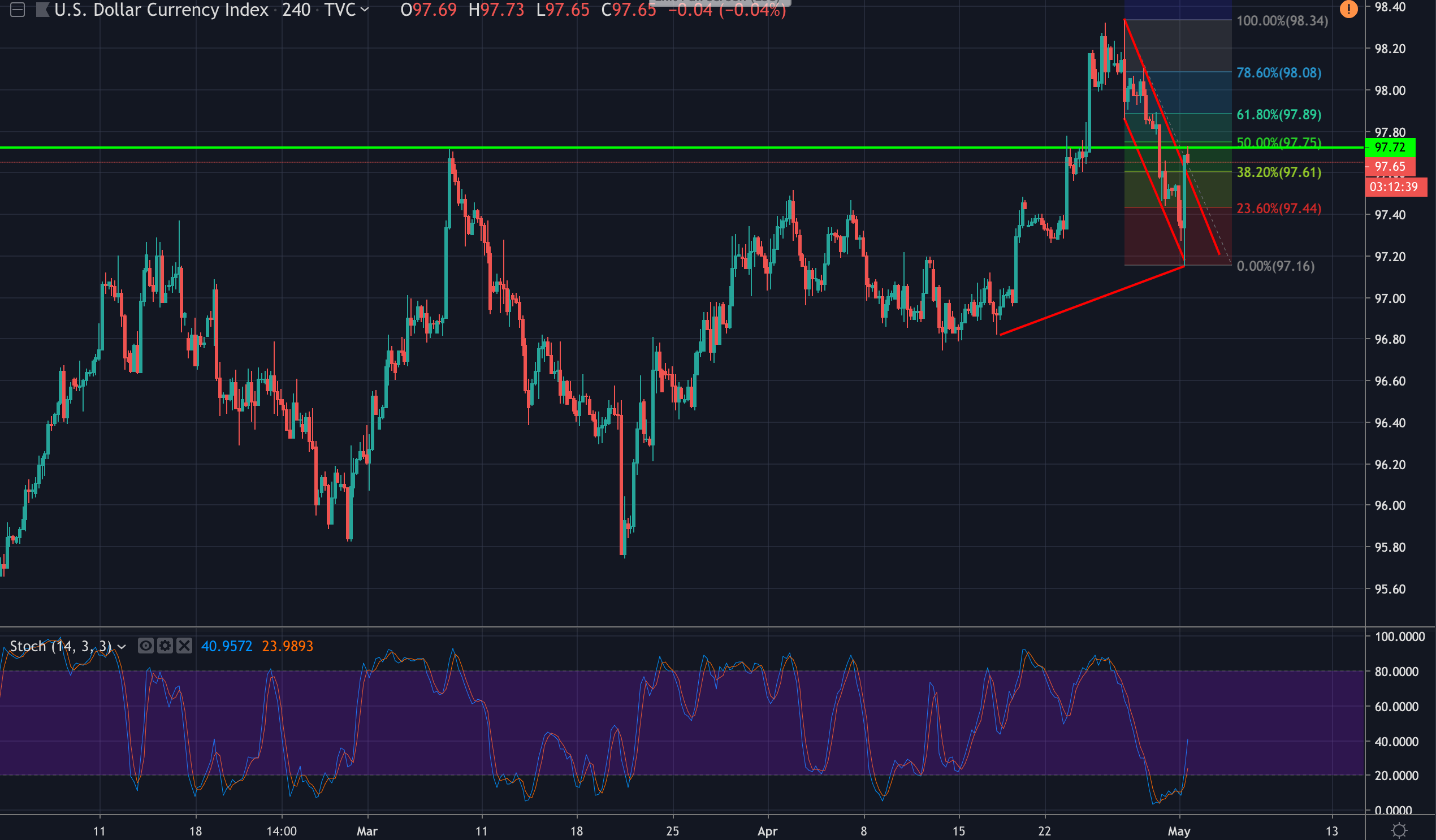 As for gold, the precious metal is back testing a key support area having dropped out of the  rising interim channel and the case is building up for a continuation of a southerly trajectory within  the descending wedge. Below the 38.2% Fibo, 1275 and 1266, prospects switch back to the 200-D EMA and confluence area of the 50% retracement target of 1250/1253 respectively. 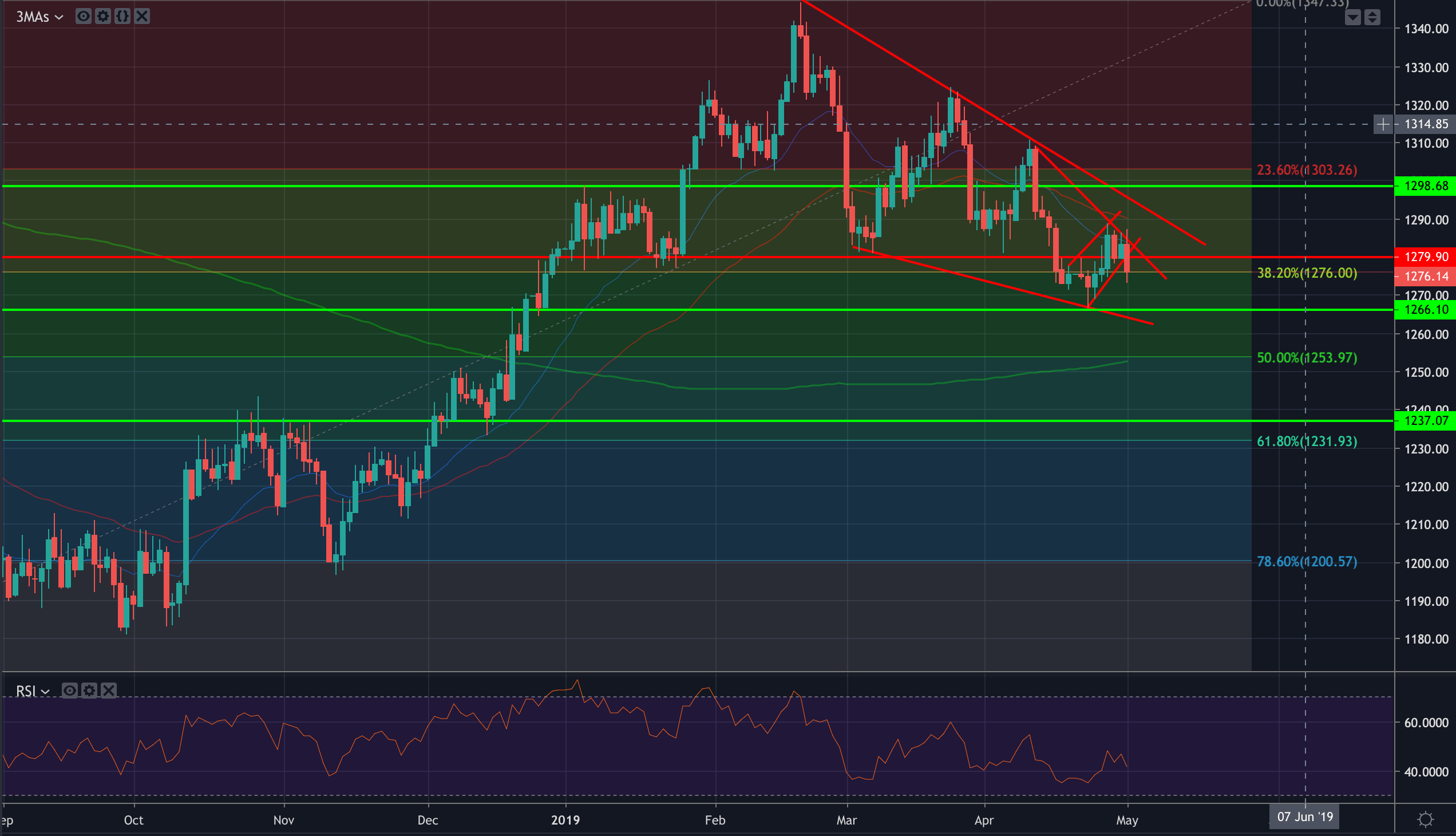 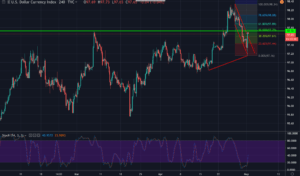 Bitcoin Cash Technical Analysis: BCH/USD not out of trouble yet

Gold dropped following the FOMC presser from which Powell rescued the dollar with an upbeat assessment of the US economy delivered to reporters who scrutinised the U.S. recovery.   Gold has tested the familiar lows of 1273 again on the rise in the greenback and bears are set a technical break to the downside.   The FOMC stole the limelight today and the poor data from the US has been forgotten as Powell brushed it off when reports questioned his outlook considering the negative implications it (US manufacturing PMI) could have for the economy on a forward time scale.…