Gold extended its subdued/range-bound trading action for the second straight session on Tuesday, forming a rectangle on short-term charts.

A rectangle is usually considered as a continuation pattern that marks a brief pause in the trend (bullish in this case), though sometimes might point to significant tops. Nevertheless, the pattern is not complete until a breakout has occurred.

Meanwhile, technical indicators on the 1-hourly chart have just started drifting into the bearish territory. However, oscillators on 4-hourly/daily charts maintained their bullish bias and support prospects for the emergence of some dip-buying.

The precious metal seems all set to build on its recent appreciating move and aim back to retest multi-year tops, around the $1779-80 region set last Wednesday. The momentum could further get extended towards the ambitious $1800/ounce target.

That said, a convincing break below the rectangle support, around the $1767-65 region, which coincides with 100-hour SMA could prompt some long-unwinding trade. The commodity might then accelerate the slide back towards 200-hour SMA, around the $1755 region. 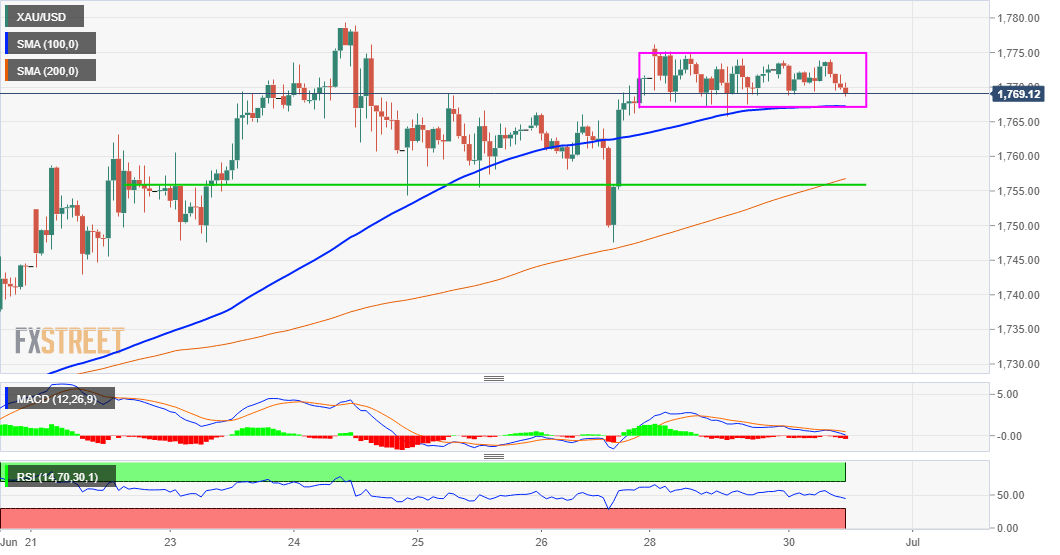