Home » Greek elections – what’s going on, impact on EUR and

Greek elections – what’s going on, impact on EUR and

Greece is heading to the ballots for the third time in 2015 amid a third “bailout”, ahead of talks about its debt and amid heightened political uncertainty.

Here is  what’s going on, the impact on financial markets and what lies ahead.

On August 20th,  Greece received the first tranche in the third bailout. Part of the  money immediately went to the ECB for a planned debt repayment. The rest awaits in an escrow account with a big  chunk planned to go the banks.

The Greek people will not see any of this money: they have been handed a big fat dose of austerity. 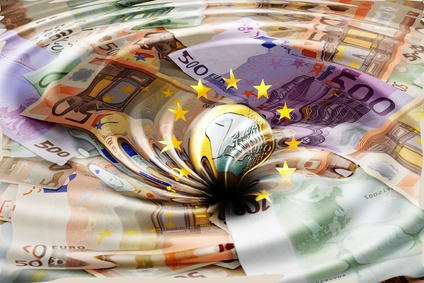 On the same August 20th, Greek PM Alexis Tsipras decided to quit and call fresh elections. He was elected in January and called the Greek referendum (aka Greferendum) in July. This will be the 3rd time Greeks go to the polls.

He didn’t have a choice: a significant portion of his SYRIZA party repeatedly voted against  the austerity measures that were required. He lost his majority and could not continue relying on the opposition for too long.

He aims for  holding elections as soon as possible,  potentially on September 20th. While this  date is after the  all important Fed decision, it is early enough to serve his needs:

At the time of writing, it is still unclear if elections are indeed  due for September 20th. The official (and  undoubtedly fruitless) attempts to form an alternative government could lengthen the process, so they could also be held on September 27th or October 4th.

So what will happen?

Alexis Tsipras is set to win. He is charismatic and considered to have given a fight and  achieved the best possible outcome  under the terrible international pressure. He is  positioning himself as a moderate: not giving in like the center New Democracy and PASOK parties, and not offering a Grexit like his rebels, now called Popular Unity offer.

But things may change rapidly:

The only clear thing is that Greek opinion polls will become important once again.

The move was not totally unexpected and this is the message  voiced by many euro-zone officials. They  publicly assume that Tsipras  or another pro-bailout party wins and implements everything. 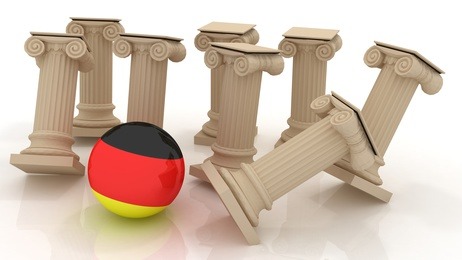 They also state that everything Greece signed upon will be done, regardless of politics and  democracy. This is also regardless of the fact  that Tsipras virtually had a knife to his throat and that Greece’s debt is just  practically impossible to pay.

A  victorious Tsipras will have more backing to tackle the debt. And if he forms a coalition with his previous party members, they will be even tougher this time.

On the inside, European politicians know what markets know: this is a new mess. Stock markets reacted negatively, and well beyond Athens one. Together with the Chinese devaluation issue and the Fed’s lack of confidence, the global picture looks gloomier with the Greek uncertainty.

While the  reaction of stock markets is straightforward, many people may find the reaction of the single currency quite puzzling: EUR/USD actually extended its gains on the news. 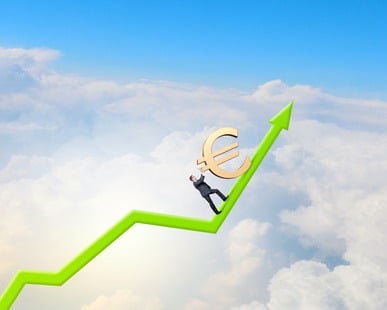 We will have a longer piece about this later, but in short:

Given the negative deposit rate and QE in the euro-zone, borrowing in euros  became very cheap. Money is borrowed in euros and sent away to riskier assets such emerging markets. That’s “risk on”. We’ve seen how the euro fell on the announcement of this third bailout.

When there are  worries everywhere. there is a “risk off” atmosphere and money returns to the origin, in this case, to the euro-zone.

The difficult part to grasp is that this “risk off”  behavior of money flowing back to the  euro-area occurs also when the source of trouble is at home.

So, European worries  mean global  worries and this triggers repatriation. Yes, to the euro-zone.

Looking back to recent history, the same happened with the strengthening of the yen following the horrible  earthquake, tsunami and nuclear disaster in March 2011. It also happened during long periods during the Global Financial Crisis in the US: bad US indicators strengthened the dollar.

We already said that the Greek crisis is far from over. In the near future we will have:

As the Chinese say, these are “interesting times”. Some bonus questions: 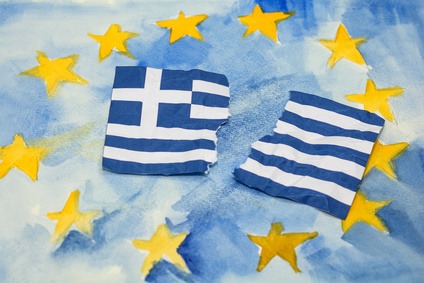 September is always a time of trouble for markets and just as we through that the Fed would take center stage with a historic rate hike, the Chinese crisis and now the Greek crisis ensure things will get more interesting.

More: Greek crisis – all the updates 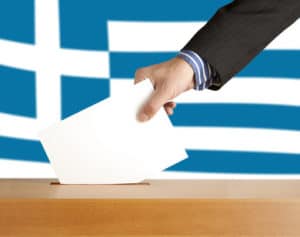 Greece is heading to the ballots for the third time in 2015 amid a third "bailout", ahead of talks about its debt and amid heightened political uncertainty. Here is  what's going on, the impact on financial markets and what lies ahead. Bailout 3: Ballots 3 On August 20th,  Greece received the first tranche in the third bailout. Part of the  money immediately went to the ECB for a planned debt repayment. The rest awaits in an escrow account with a big  chunk planned to go the banks. The Greek people will not see any of this money: they have been…

Michael Graw7 years
Scroll Up
We use cookies to ensure that we give you the best experience on our website. If you continue to use this site we will assume that you are happy with it.Ok